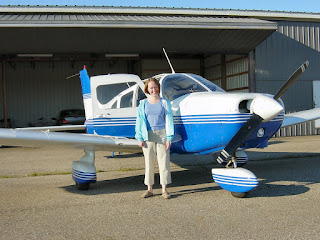 An Aerial Road Trip to Fort Myers (Or, How Kristy Learned To Stop Worrying and Love the Airplane), June 2005
- My wife takes her first, multi-state cross country flight by general aviation and actually enjoys it. It was a big step for us both.

Flight of the Fudgies, July 2009
- Kristy and I flew to Mackinac Island (and other places) for our anniversary.

A Bear's Odyssey, June 2011 (in seven parts)
- A flight from New York to Florida and back again with Kristy and The Bear.

The Flying Bear Visits Sleeping Bear, August 2012 (in four parts)
- The Bear flies to Michigan and visits the Sleeping Bear Dunes, Mackinac Island, and other places.

"In Commemoration of the Conquest of the Air", August 2013
- Landing at First Flight Airport with the family.

Where the Waters Meet, June 2014
- Visit to historic Fort Ticonderoga with the family.

"Living the Dream" on Alton Bay, February 2015
- Landing on the only FAA-certified ice runway in the continental United States.

Leitmotif, May 2016
- Kristy and I fly to Boston in some weather, experiment with Uber, and see John Williams conduct the Boston Pops.

These Vagabond Wings Are Longing To Stray, September 2019.
- A circumnavigation of Manhattan.

Sublime, February 2020.
- A beautiful visit to the mountains in winter.


Tales of the Flying Bear: 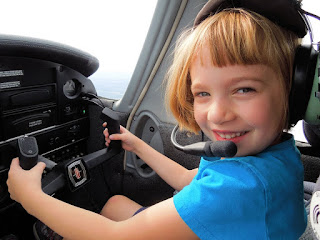 Adventures of a young aviatrix

Whirly Bear, May 2012
- The Bear flies in a helicopter for the first time.

Yankin' and Bankin', August 2013
- The Bear gets more comfortable at the controls.

Clan of the (Flying) Cave Bear, September 2016
- The Bear and I returned to Luray and stopped for incredible brunch at Latrobe.

That Old Autumn Magic, October 2016
- The Bear lands on grass for the first time in Basin Harbor, VT.

Bear Versus Airplane, December 2018
- A return to form for The Bear 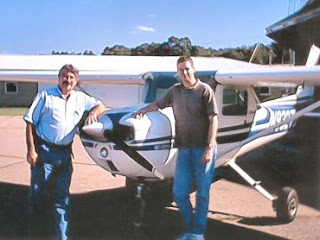 Who's Afraid of the Big, Bad, DPE?, September 2002
- Angst and the private pilot check ride.

Rocky Mountain Dawn Patrol, May 2008
- Mountain flying training and a landing at the highest elevation public airport in the USA.

With One Eye Tied Behind My Back: Instrument Check Ride (Part 2), July 2013
- Overcoming a check ride bust to earn my instrument rating.

Majesty and Menace Aloft, August 2014
- A serious introduction to IFR re-routes and weather deviations on a family trip.

Here There Be Monsters, June 2016
- My first time ever truly frightened while at the controls of the airplane.

The Human Chain: How Dougall Got His Wings, August 2018
- Our first animal rescue flight 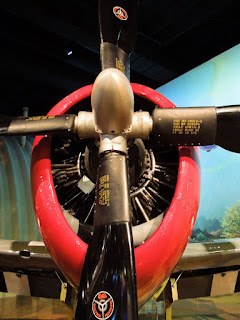 A selection of noteworthy flights to aviation museums. 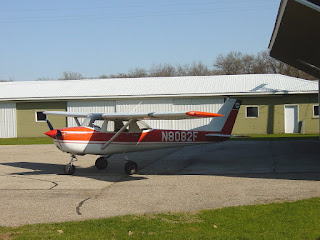 All Shook Up, September 2004
- How I learned that my aircraft malfunction troubleshooting skills could use some work.

The Second Breather, April 2006
- Engine issues on a cross country flight.  To fly, or not to fly...

Stupid Pilot Tricks, August 2009
- Good habits can still save the day when complacency sets in.

Carpe Diem, January 2010
- All kids should fly an airplane before driving a car...there's less to hit up there.

"It's Always Sunny in Philadelphia", November 2010
- It's the weather over Upstate NY that you have to watch out for...

Symphony in Jackson, March 2011
- A masterful air traffic controller saves the day for a novice pilot.

Exodus: The Professional Life of a Private Pilot, May 2011
- How I came to be based at the birthplace of Jell-O.

Caretakers, March 2012
- On the bond between pilot and aircraft.

Attend the Tale of Eight Two Fox, April 2012
- Reincarnation is real, at least for airplanes.

Know Your Limits, May 2012
- Aeronautical decision making is not a one size fits all proposition.

Being a Good Neighbor, January 2013
- Making peace with the community whenever possible.

"PIC" Is More Than Just a Column in the Logbook, March 2013
- Difficult lessons are sometimes the best lessons.

Find Your Voice, February 2015
- On the love/hate relationship I have had with the radio.