Finally, a break in the weather. Clouds disintegrated and sunshine reached through their tattered remains to melt the snow that fell Christmas Eve. I took the Warrior aloft for mutual exercise; a nice, if routine, flight.

Returning home above a 3,000 foot haze layer, I watched the sun descend through the misty surface, seeming to ignite the false horizon.  As we inched closer to home against a monstrous westerly headwind, the sun appeared submerged in the vapor, its rays shifted crimson when viewed through the thickened lower atmosphere. 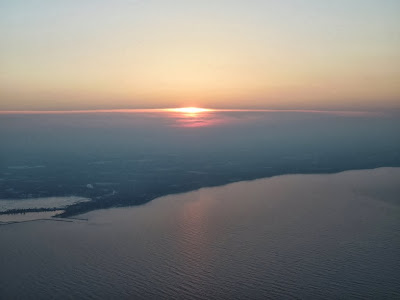 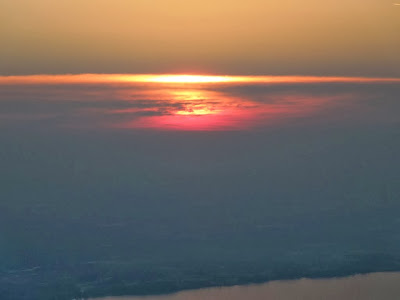 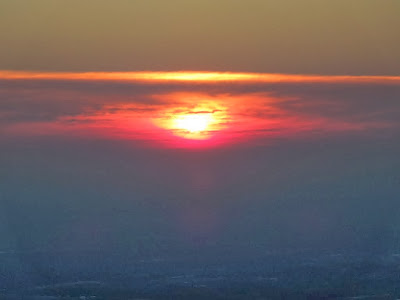 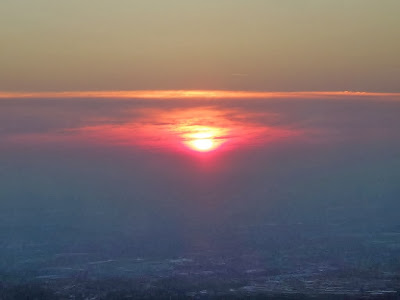 A fitting way to close out an eventful year of flying, I think.
Logged by Chris on Saturday, December 28, 2013 6 comments:

When the days become short, gusty winds rob the body of heat with breathtaking efficiency, and footing is treacherous outside the hangar due to snow and ice, it is a good time to stay inside. Sitting in a comfortable chair and reviewing my logbook leaves me with a sense that 2013 was a year of significant change in my flying.  Here is my annual review of the year's highlights along with some of my favorite photographs.

I now own Warrior 481 outright.  Three days prior to the ninth anniversary of buying the Warrior in Guthrie, OK, I made my last airplane payment.

I earned my instrument rating!  After over a decade of VFR-only flying, this required a significant mental adjustment for me in terms of go/no-go decision making.  But I like having the new skill and the expanded envelope of capability. It's too bad that low, icy clouds of winter render the rating virtually useless this time of year. In 2013, I logged 21.8 and 5.7 hours of simulated and actual IMC flight time, respectively, with 48 approaches (15 ILS, 20 RNAV, and 13 VOR).

I moved from the Le Roy Airport to the Williamson-Sodus Airport.  This was a tremendous change for me after seven years of considering Le Roy my home. While I will always have a special place in my heart for Le Roy and the pilots based there, the move shortened my commute significantly and brought me to a more active airport.

I exchanged my iFly 700 portable GPS for an iPad using Foreflight/Stratus. The iFly is a great device with a remarkably intuitive interface and a terrific development team supporting it. When I began instrument training, however, I found it to be cumbersome for displaying/zooming approach plates. I already owned an iPad and needed a hardware upgrade to take advantage of ADS-B weather, so I chose the Foreflight/Stratus pathway. I experienced some remorse after making the change because the iPad overheated on a couple of early flights.  However, I found that keeping it on my left leg did an excellent job of protecting it from the sun and I flew many hours with it during the peak of summer without an issue.  The iPad is a more capable flight planning tool and also works remarkably well in a pinch for aerial photography (e.g., the sunset photo above).

The Bear became much more comfortable at the controls of the airplane.  This year, she had a lot of fun busting clouds, taking the controls and shooting pictures.  She flew 30.7 hours in 2013, surpassing the 200 hour mark to end the year with a total of 224.6 hours in the Warrior since infancy.

In 2013, I logged my greatest number of flight hours ever, 128.6. This can be attributed to a mix of pleasure flying, instrument training, and cross country trips. In July, as I neared completion of my instrument rating, I flew almost as many hours in a single month as I did in flying the family to Florida in 2005 and 2011.

I also logged 10.5 hours of night flight in 2013, my most to date. I notice that my night hours are slowly creeping higher as time goes by.

My family and I landed at First Flight Airport, completing a quest started in 2011.

The landing at First Flight was part of of our annual family flying trip. We loved the Outer Banks.  The Bear earned her Junior Flight Ranger badge at Wright Brothers National Memorial and swam in the Atlantic. Along the way, we flew through the Washington DC SFRA for the first time (twice!), gained some actual IMC time, and had lunch with one of my favorite aviation bloggers. 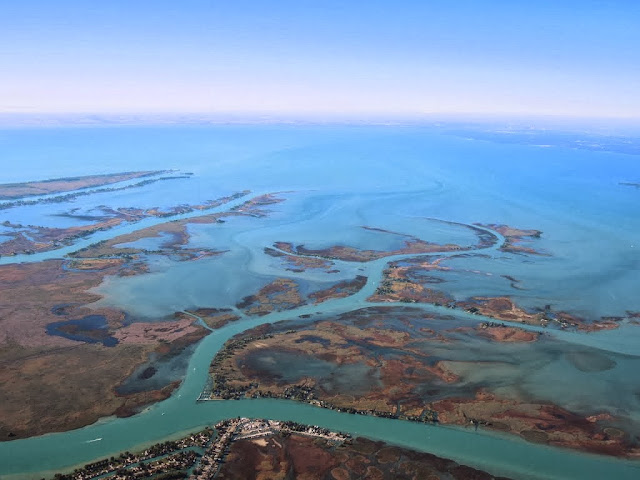 In addition to flying with The Bear, I made more of an effort to expose young people to general aviation. Emily, Maggie, and Ben (all college students) each spent some at the controls of Warrior 481. I also flew with a gypsy and did some outreach at my daughter's school.

I had the good fortune to visit my old home base airport in South Haven, MI for the first time since 2008.

Overall, I think that 2013 was a year of achievement and change.  Here are the statistics accumulated by MyFlightbook for 2013:

It is always difficult to forecast what the future will bring. As 2014 nears, I suspect that there may be even more profound change in store; call it a hunch.