Today was all about boring holes in the sky.  No destination in mind.  No training objective.  Just flitting through the air over the Finger Lakes and taking pictures. 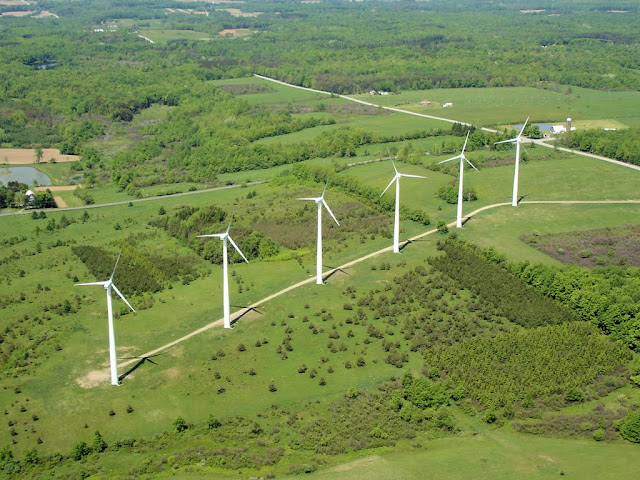 These wind turbines sit atop a hill near Warsaw, NY.  They were some of the first landmarks in the area that I identified when I moved to New York.  I used to wonder why it was so much windier in New York than southwest Michigan.  Maybe this is why... 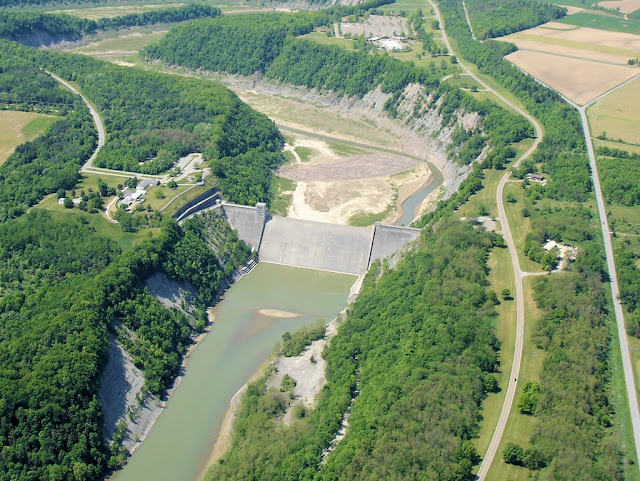 Traveling eastward, I crossed over the northern end of the always spectacular Letchworth State Park.  The Mount Morris Dam controls the flow of the Genesee River downstream from Letchworth. 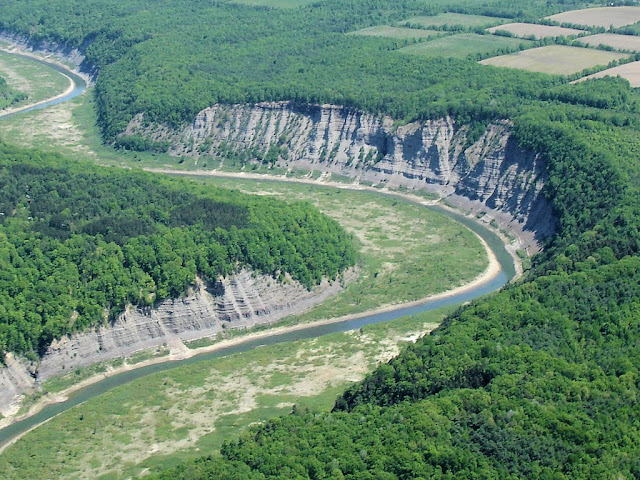 As I flew over this portion of Letchworth, I was struck by the texture of the canyon walls accentuated by the position of the late morning sun. 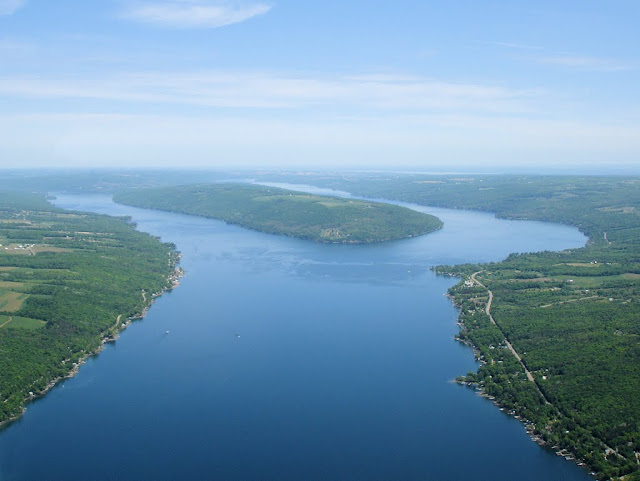 Further east, I crossed Keuka Lake.  This is probably the most distinctive of the Finger Lakes because it is shaped like a "Y" (the landmass at center is not an island, it's a peninsula). 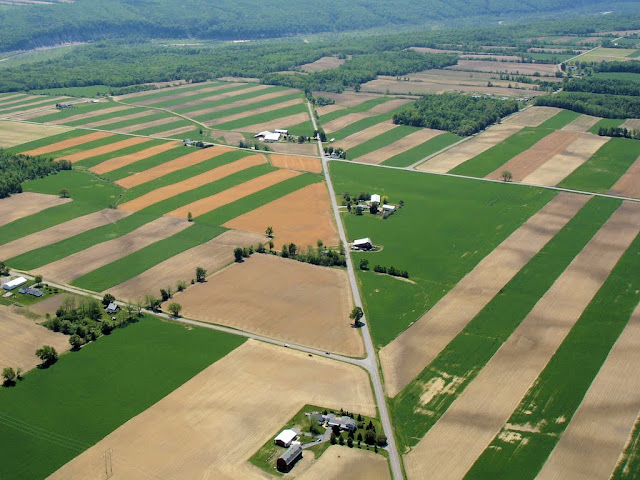 Owing to the rolling terrain, strip and contour farming is quite common in western New York.  This example is just west of Letchworth State Park (the river gorge can be seen in the background). 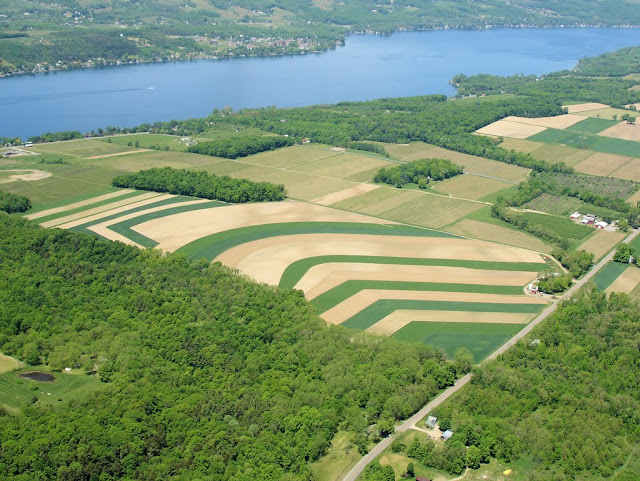 Another example, this one on the eastern shore of Keuka Lake. 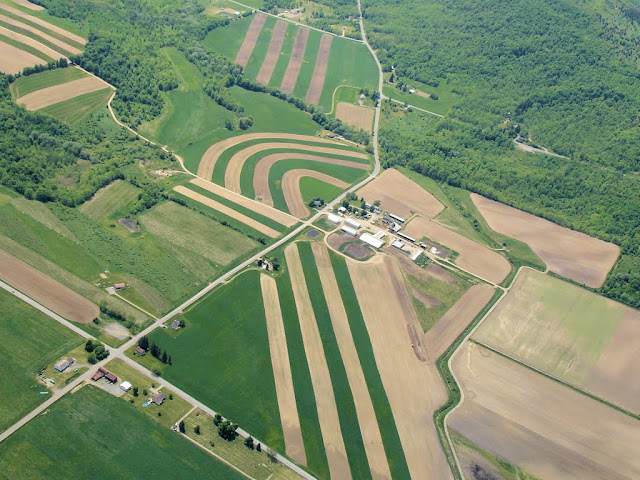 A last example, this one is on the northern end of Keuka Lake near the Penn Yan airport.

As I found myself close to Penn Yan (PEO), I decided to drop in and explore.  The winds were favoring runway 28, the shorter of the two runways at Penn Yan (which is still much longer than the runway at Le Roy).  On short final, the sight picture looked wrong somehow.  In the flare, the wheels lightly kissed the ground.  Then the airplane was flying again.  The wheels touched again, ever so gently.  And then I was flying again.  The third time, the airplane stayed put on the asphalt and I finally realized that runway 28 is on a significant downhill slope! 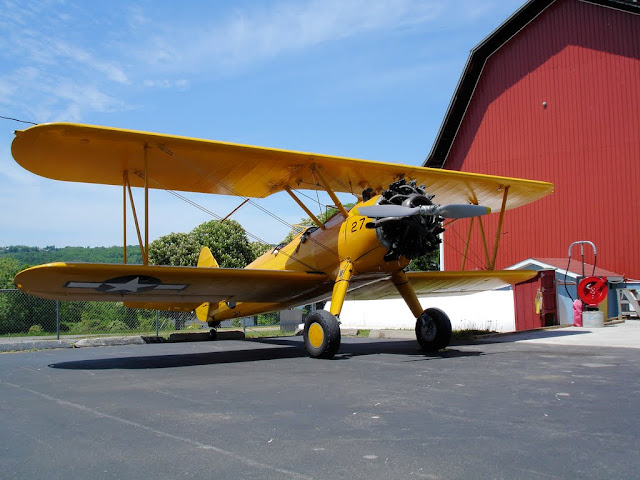 I could see this Stearman from across the airport.  It called to me.  So I wandered over and took a look.  Great airplane, wonderful setting. 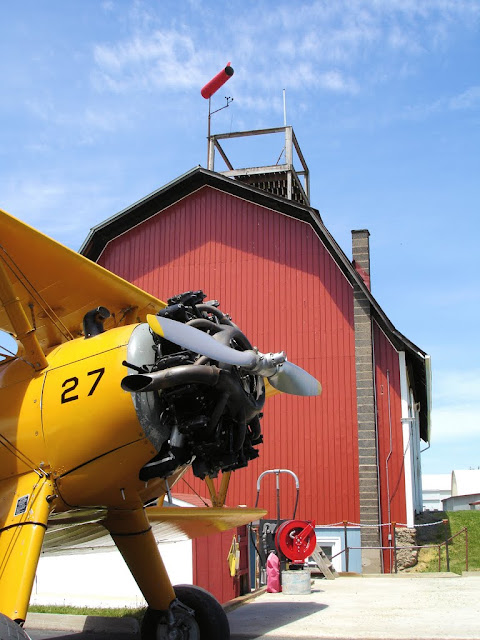 I loved the look of the barn next to the airplane.  The entire tableau just seemed to fit.  I particularly liked the makeshift "tower" platform up on the roof.  I like airports with character and Penn Yan certainly had it.
Logged by Chris on Saturday, May 26, 2007 No comments: