On dark moonless nights, the brightest constellations lie below. 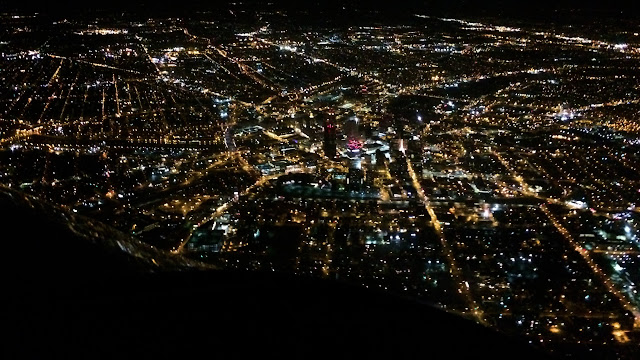 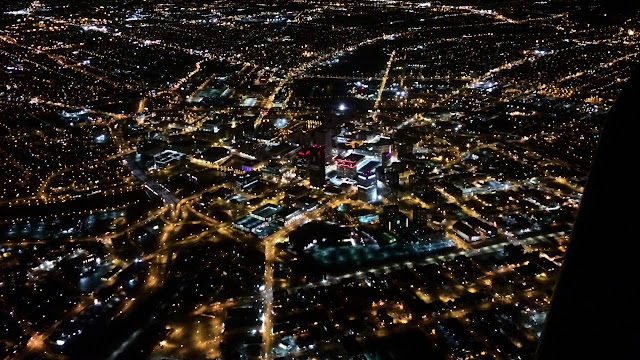 This was a pleasant and routine night currency flight with visits to old haunts. There is no story to tell, but there were a few observations (what George Carlin would have called "brain droppings").

My carbon monoxide monitor often gives warnings when the airplane is on the ground, though these can be kept in check with aggressive leaning. It is common for me to silence it during taxi and runup (while still prudently monitoring it, of course). On takeoff, the readings always drop rapidly to zero and stay that way in flight. Once I was leveled off in cruise flight and pointed at Rochester, it still showed a high reading. I was about to turn around for a preemptive landing when I noticed the word "PEAK" on the display in small letters that my on-the-verge-of-needing-bifocals eyes almost didn't catch. I had bumped the wrong button when I tried to silence the monitor on the ground. I cycled the display until it showed the real-time reading: "0 ppm". Well, that was scary for a moment.

While I prefer my still camera with its capable optical zoom for most aerial photography tasks, it struggles to pull in adequate light quickly enough at night to create sharp images. My iPhone 5S on the other hand is astonishingly adept at this. This post is a case in point.

When did the synthetic voice of the Genesee County AWOS begin speaking with a twang? That's just disconcerting.

The runway markings at Genesee County have faded so much that I almost could not geneSEE them at all. Lack of contrast made it difficult to judge height above the runway in the dark, but the landing was a good one nonetheless. Frequent practice clearly pays dividends.

Finally, I am certain that I unburdened myself of a fair amount of occupational stress while enjoying the gift of such a beautiful evening. Actually, I feel like I have relieved a lot of stress aloft over the years. Maybe it's all still up there, floating around and eventually accreting like plastic refuse in the ocean, vast islands of aggregated professional angst. I would not care to fly through one of those.
Logged by Chris on Monday, February 27, 2017 2 comments:


Winter flying on the south shore of Lake Ontario -- when it can happen -- tends to be about sustainment; circulating warm oil, maintaining pilot currency, and satisfying the urge to fly. Cross country flights during January and February are rare when range is limited by the whim of dynamic weather. I launched on an uninspiring VFR winter morning with a 3,000 foot overcast and visibility that faded into haze somewhere within fifteen miles of my position as though I was flying within a gauzy cylinder that tracked with my airplane. Over the lake itself, gunmetal gray water merged seamlessly with a gunmetal gray sky as though nothing existed beyond the shore, as though it was the edge of the world. As I flew over Sodus Bay, it occurred to me that these sorts of grey days inspire grayscale photography, the patterns in the ice providing interesting detail in the absence of interesting color. 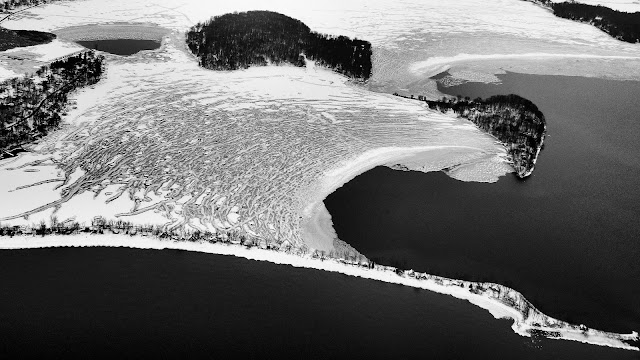 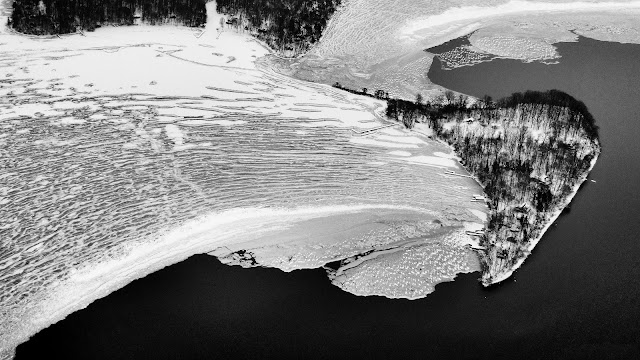 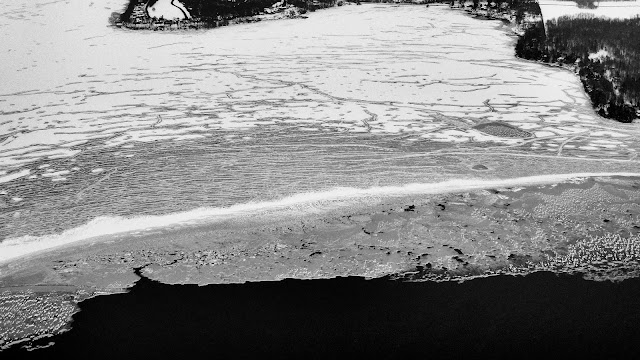 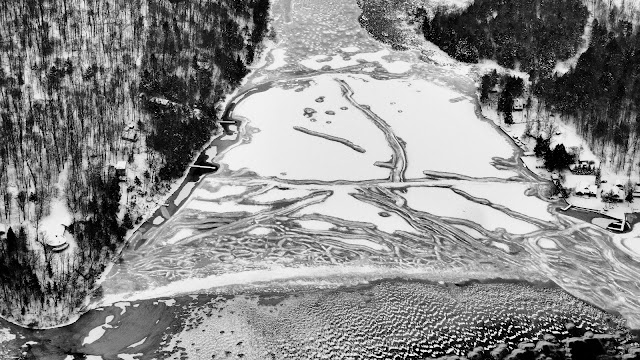 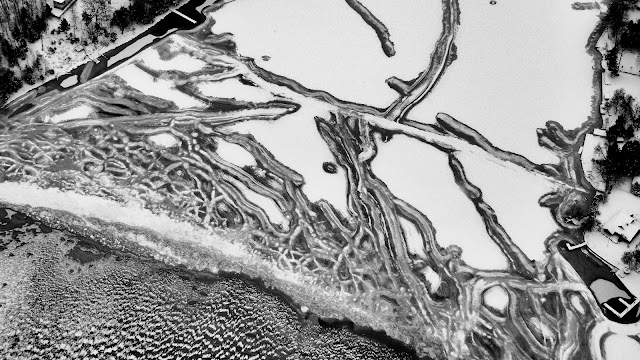 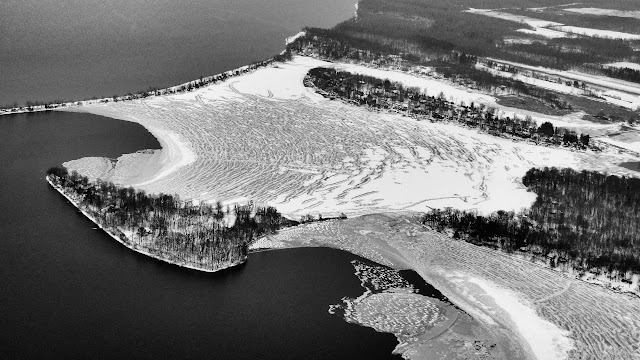 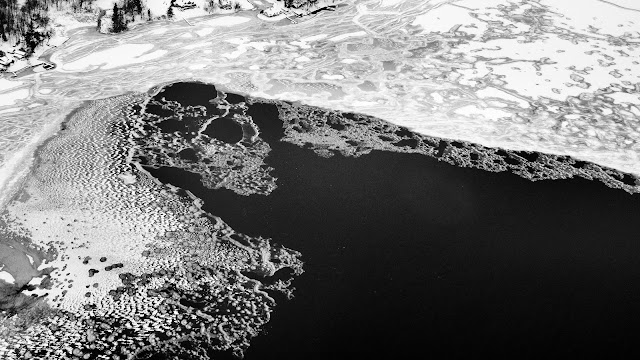 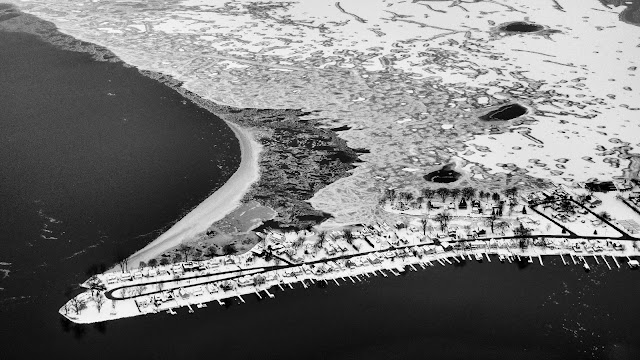