Overlooking Irondequoit Bay from 5500'.  The bay separates Irondequoit, NY on the left from Webster / Penfield on the right. 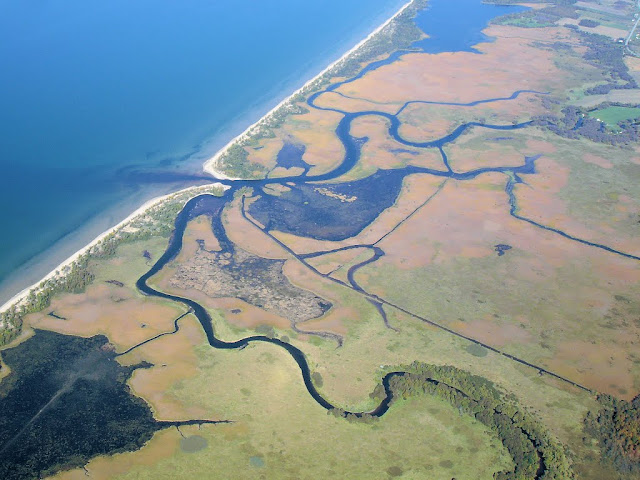 During a flight along Lake Ontario to Alexandria Bay, we encountered this striking fen as we rounded the eastern end of the lake.  This photo was taken from 5500'. 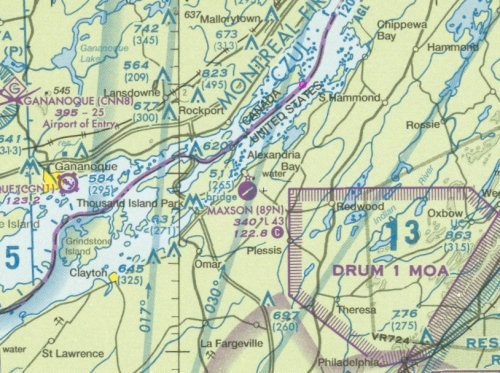 After 1.5 hours airtime along Lake Ontario, we landed at Maxson Airfield (89N).  The airport is two miles south of Alexandria and its eponymous bay.  Hank from Thousand Island Aviation Services gave us a ride into town.  From the moment we entered it, Alexandria inspired a wistful remembrance of South Haven, MI.  We had lunch at Brass Tacks and boarded a boat for the five minute cruise to Heart Island.

Heart Island is home to Boldt Castle.  Intended as the dream home of hotel magnate George Boldt and his wife, Louise, the castle was reminiscent of the eastern European castles of George's homeland.  With the exterior largely completed, construction was abruptly halted in 1904 upon the death of Louise Boldt.  This spectacular property is now undergoing renovation. 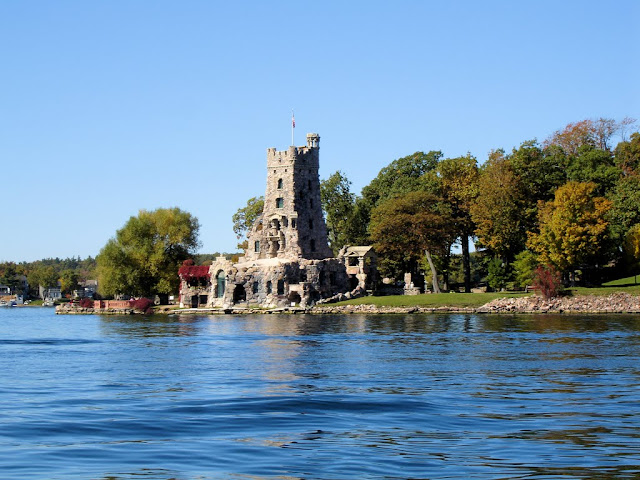 The first structure we visited on the island was Alster Tower. 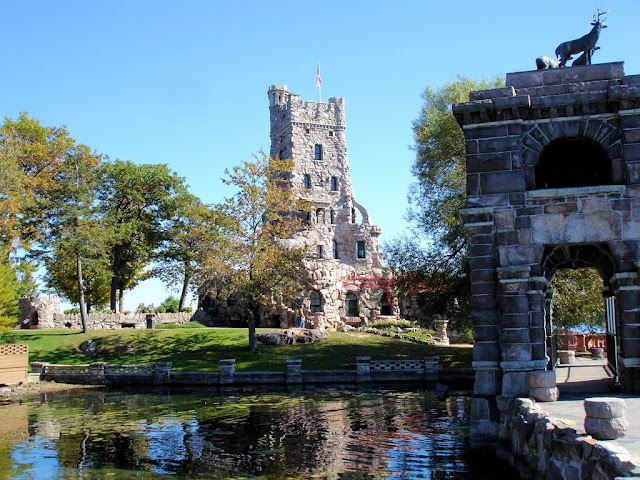 Alster Tower is also known as The Playhouse.  It even contains a bowling alley, one of the oldest in the state of New York. 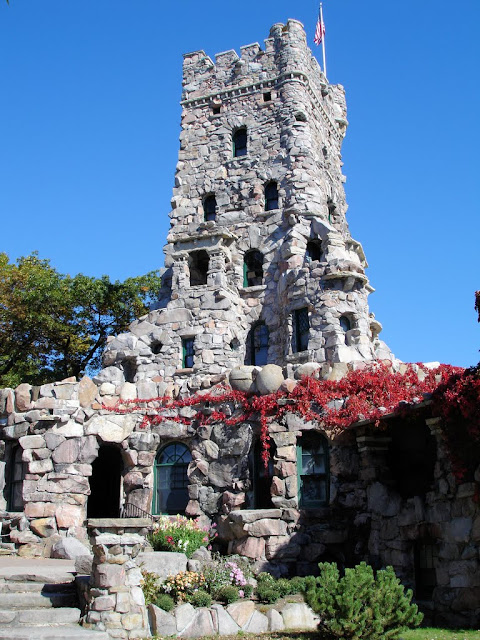 An up-close view of Alster Tower. 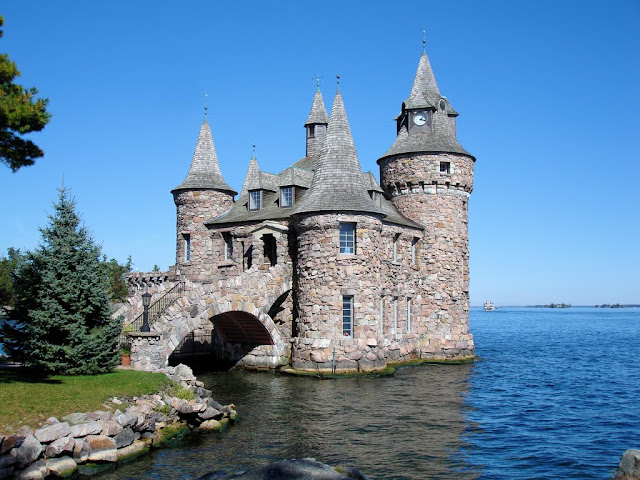 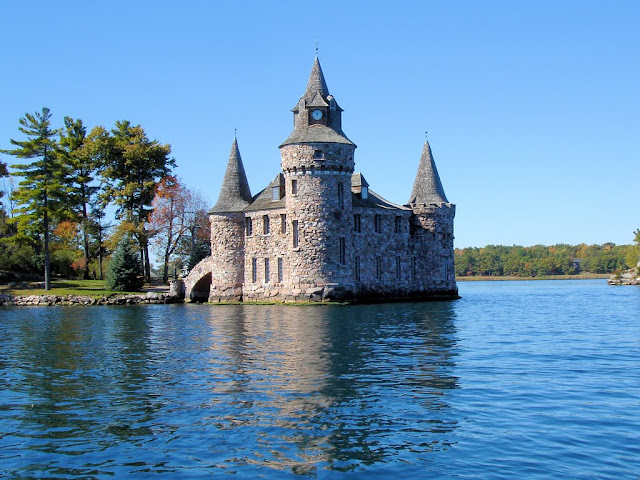 Another significant structure on the island is the Power House.   As the name implies, this structure contained the steam engine generator for producing electricity on the island. 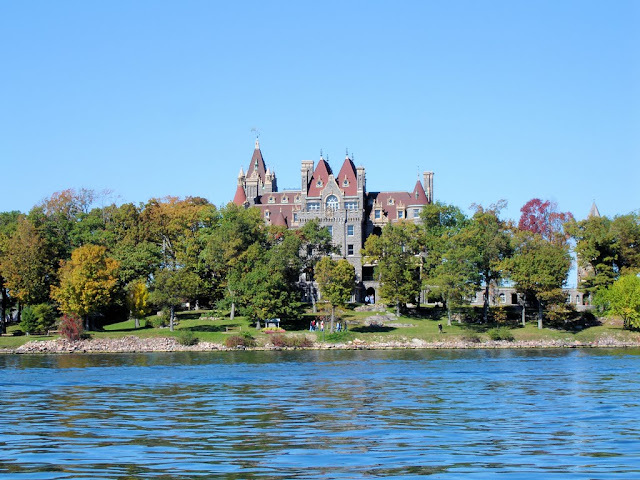 Of course, the most significant structure on the island is the residence, Boldt Castle itself. 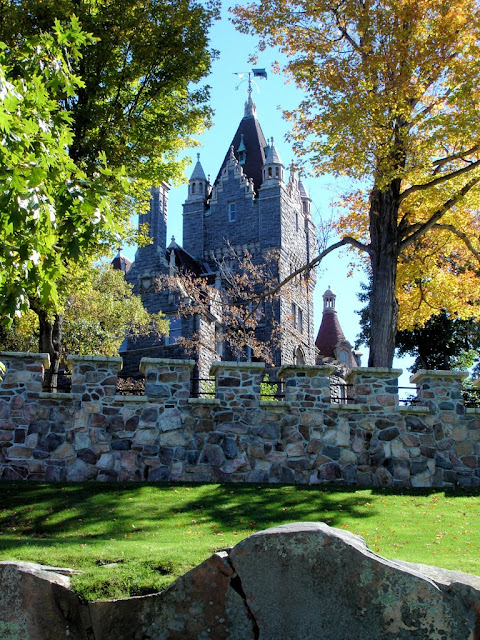 Given the gorgeous exterior, one is in for quite a surprise upon stepping inside.  Because the castle was never finished, the interior is rather barren.  However, the current "restoration" effort is actually aimed at finishing many of the areas left undone using the abandoned building materials that were left crated inside. 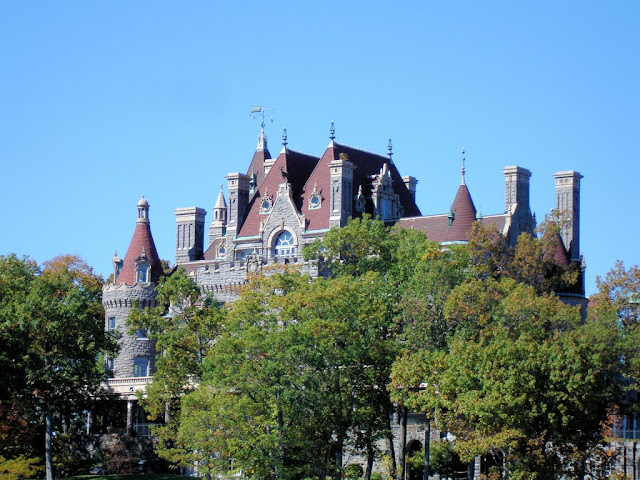 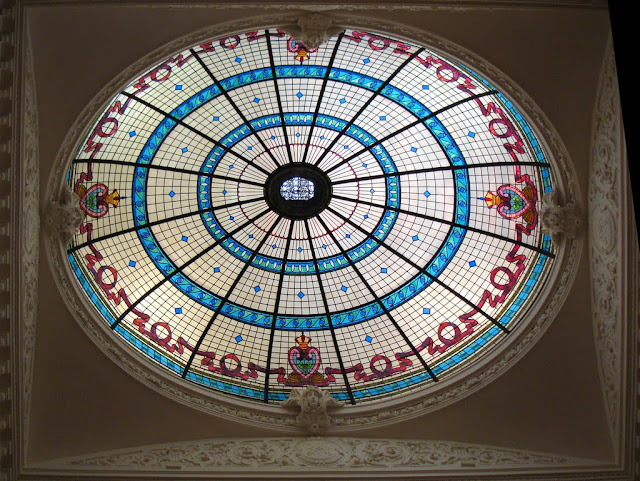 I did not take many interior photos, but here's an example.  This lead glass rotunda over the grand staircase in Boldt Castle is one of the most recently completed renovations.  Note the "heart" motif.  This theme is repeated throughout the property... 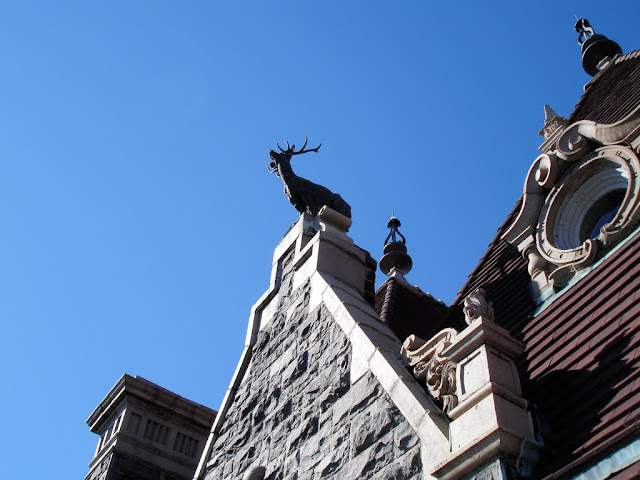 Here's another example.  One might wonder why there were statues of male deer at various locations around the property, but, naturally, they're "harts"!  Ah, it must be nice to be wealthy AND clever.  That is one expensive pun perched up there. 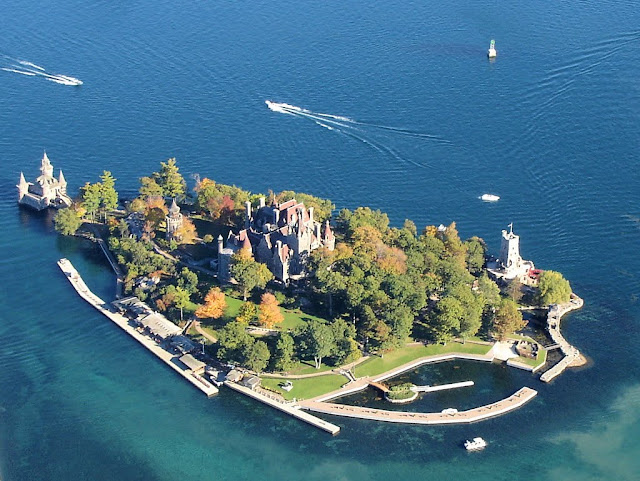 After visiting the castle, we took to the sky and flew overhead.  The view below was far more meaningful to us after the visit than it would have been had we circled the island on our way to Alexandria Bay. 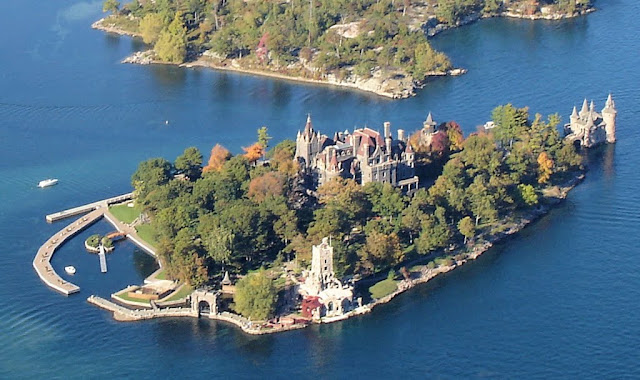 Notice how the heart shape of the island was artificially augmented by the breakwater constructed for the miniature harbor. 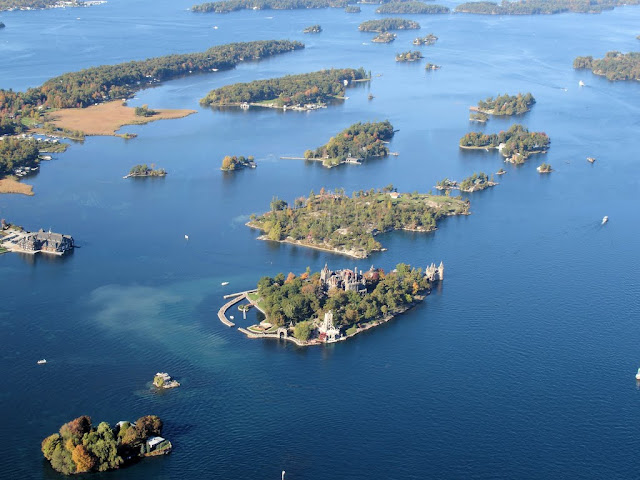 Heart Island is just one of the Thousand Islands in the St Lawrence River. 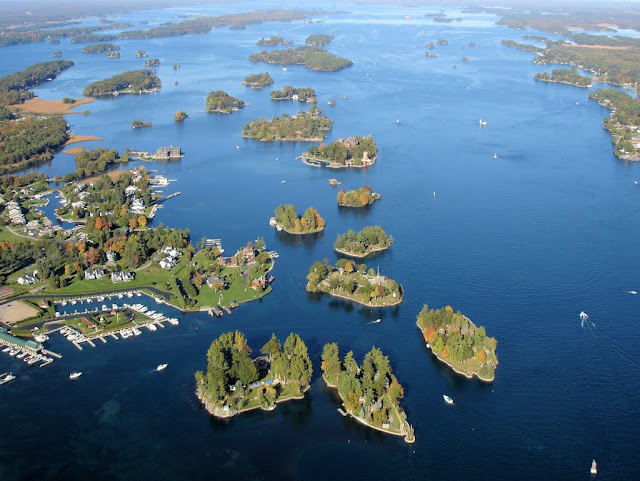 The stretch of the St Lawrence River just east of Lake Ontario is known as the Thousand Islands region for fairly obvious reasons.  Lots and lots of islands (Heart Island is about 2/3 up from the bottom in the middle of frame).
Logged by Chris on Saturday, October 07, 2006 No comments: