Ray is my own personal patron saint of aviation.

I first spoke with Ray just over five years ago while seeking hangar space near Rochester NY. He was the last airport manager of four that I called that October afternoon in 2005. Ray's passionate enthusiasm for aviation came through loud and clear and, after an excellent hour long conversation, I secured hangar space at the Le Roy Airport sight unseen.

I was not to be disappointed. When I delivered my airplane to its new home just after Thanksgiving, I found a small, but well-maintained airfield undergoing continuous improvements. In my five years at the Le Roy Airport, Ray has always been an ardent supporter of aviation, a guardian angel for his tenants, and a good friend.

Knowing that several of his tenants wanted to fly today, Ray plowed snow until 3:00 am to prepare the airport for our use. It's not coffee that keeps Ray awake while plowing in the middle of the night, but genuine enthusiasm for enabling his fellow pilots to fly.

Thanks Ray, for all you do to make the Le Roy Airport such a great place to call home. Ray's only request of me today was that I get some aerial photos of the plowed airport. Here they are, clearly showing the fruits of Ray's midnight efforts. 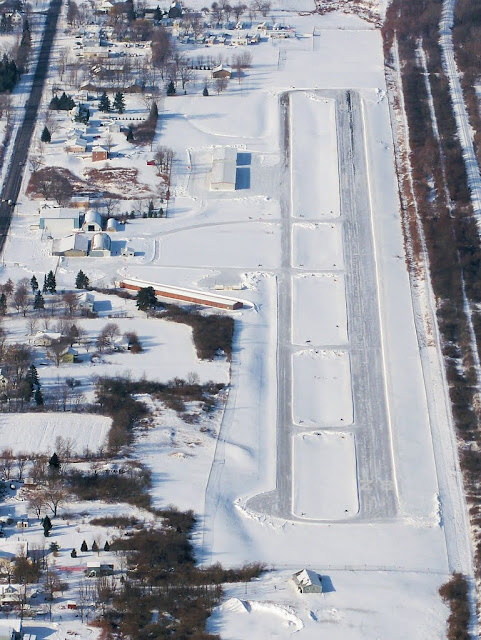 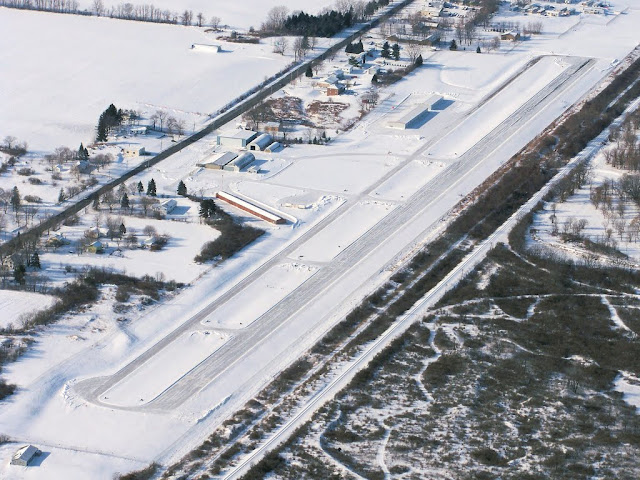 The plan for today was to take Kasia, a coworker, for her first ride in a light aircraft. Temperatures at the airport were hovering around 1°F when we arrived, but wind was virtually nonexistent; contained under a high pressure dome. Blue skies and brilliant sunlight reigned over the snowy landscape. It was a beautiful day for winter flying. We flew over the partially frozen falls at Letchworth and ate sandwiches in Dansville. Kasia flew home and did a nice job with her first time at the controls.

On the ground, we were met by Ray who was remarkably alert after his late night plowing. It was obvious that he had come to the airport to enjoy the rewards of his hard work: to see airplanes coming and going on the plowed runway, to see smiles on pilot's faces, and to meet someone after an enjoyable first general aviation flight experience.