The Curiously Unexplored Corner and a New Toy


I moved to New York five years ago and have explored much of it in Warrior 481. Much of it, that is, except for the northwest corner. The corner of which I speak is defined by the Niagara River / Canadian border and Lake Ontario. From Le Roy, it's practically my back yard. At a dinner with pilot friends a week ago, this fact came to light in conversation. From the looks on their faces, the others (all long-time residents of the area) clearly found this to be odd. I merely shrugged my shoulders and noted that I never had any reason to fly over there.

Those who know me also know that I am a VFR pilot through and through. I am very attached to my sectional charts and pilotage skills are something of a pride point for me. For the past six years, my only GPS has been a Lowrance 500. It has been sufficient for my needs, but has its limitations and flaws (most notably, a small display and a lot of button pushing necessary to make it do anything). I am not bashing the Lowrance - it faithfully did everything I needed it to do in a compact, economical package.

I recently made a rare "impulse buy" and acquired an iFly 700 handheld GPS. Advertised features include a 7" touch screen interface, incredibly rapid and simple operation, and a display that shows your location on geo-referenced images of FAA charts (sectionals, TACS, and others). All charts are updated via an annual subscription fee of $69 a year. Airport diagrams and A/FD data are also included in the subscription. It sounded too good to be true, but testimonials abound on the Web (e.g., AOPA forums, magazine reviews, etc) and they are extremely positive. As I gave in to temptation, I wondered if this inexpensive device might actually end my decade-long love affair with paper charts.


I spent an hour aloft this morning flight testing my new toy and visiting that unexplored corner of New York. A storm was moving in from the south, but the air was calm and the visibility was outstanding.

So what did I think of the unexplored corner? Well, it more or less looks just like the other miles of Lake Ontario shoreline I've explored. Check. 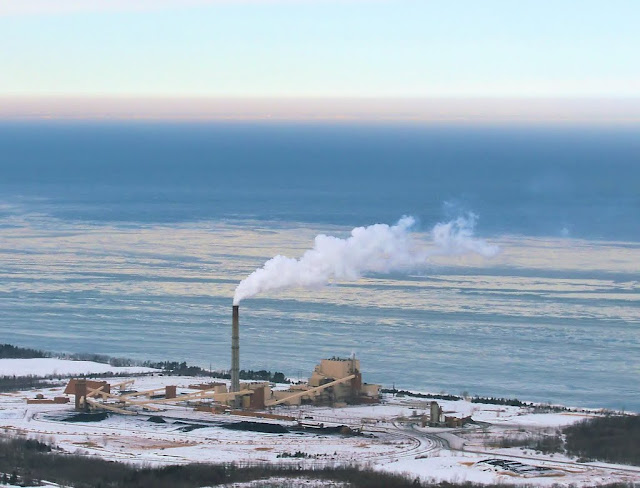 A power plant east of Olcott, NY makes for an outstanding windsock on the shore of Lake Ontario. 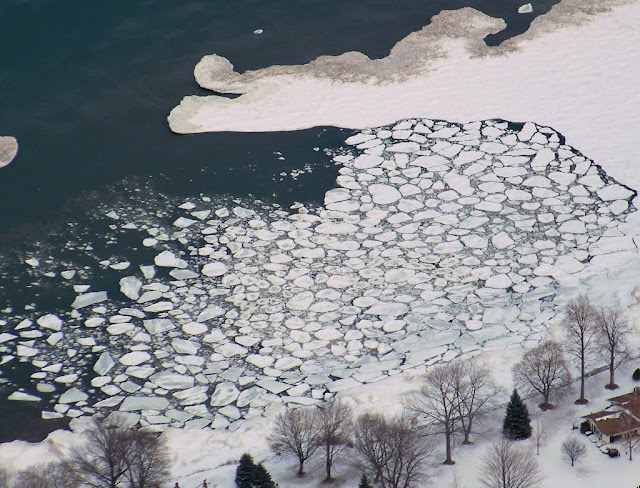 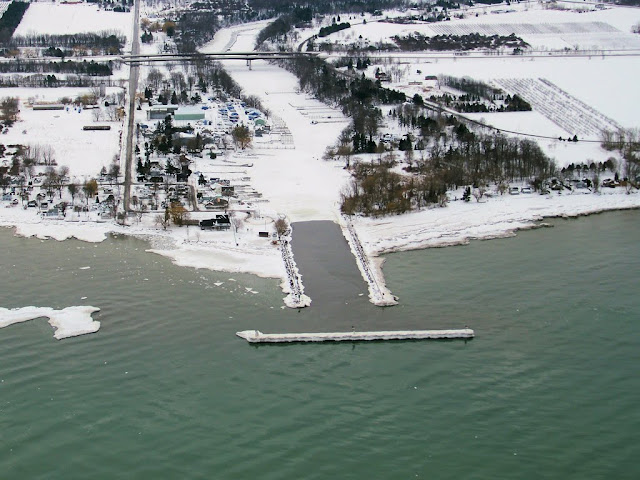 A smallish pier marks the outlet of Oak Orchard Creek into the leaden waters of Lake Ontario.

As for the iFly 700, I'm very pleased. Everything works as advertised. The display is large and easy to read. Setting a course is as simple as touching any point on the map and choosing "Fly direct to here" in the context-sensitive menu that pops up. Flight plans can be entered via a QWERTY keyboard instead of dialing in identifiers or city names one tedious character at a time. Based on its ease of use, the iFly 700 should minimize head-down time in the cockpit, which is always a good thing. The GPS itself is quite sensitive and performs well without requiring the external antenna that I needed for the Lowrance (the iFly achieved a solid GPS lock from the middle of my house!). A review of the iFly user forum shows that the company is responsive to feedback and dedicated to continuous improvement of their product. It was money well spent.

Will I finally give up on paper charts after buying this wondrous device?  Or will I keep them around as a security blanket? Only time will tell. All I can say is that this morning's flight was still bookended by the unfolding and refolding or my trusty Detroit sectional. :-)
Logged by Chris on Saturday, February 05, 2011 2 comments: