A Return to Curtiss' Attic 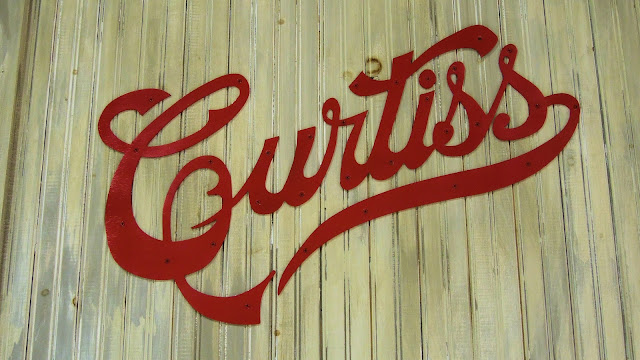 On March 25, I returned to the Glenn H. Curtiss Museum in Hammondsport, NY with roughly 25 other members of the Williamson Flying Club. This was a follow-up trip from 2016 when we visited during a museum renovation. Readers unfamiliar with Glenn Curtiss might enjoy the previous post, which has more detail about Curtiss' aeronautical achievements. 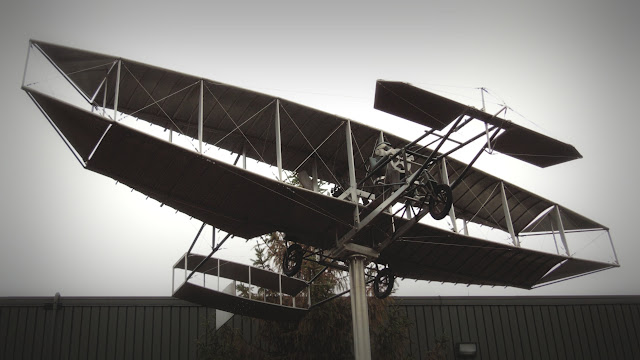 Curtiss made his first big splash in the world of aeronautics by flying the June Bug (depicted by this statue outside the museum) to earn the Scientific American Cup, the first aeronautical prize awarded in the United States. To win, the aircraft needed to fly 1 km at a public event. I think the public event aspect of the prize was meant to draw out the Wright Brothers, who remained quite secretive about their flying at the time. They were offered the first opportunity to compete for the prize, but declined. 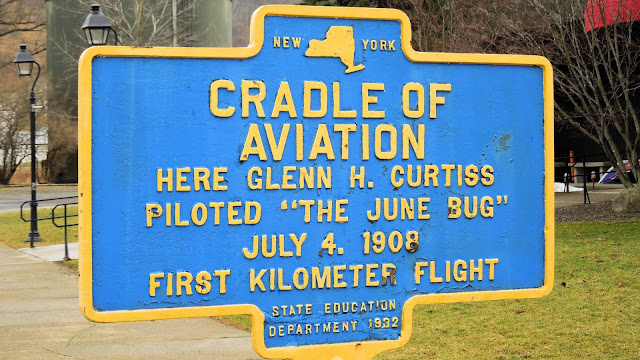 Curtiss' flight sparked years-long acrimony with the Wright Brothers, who argued that June Bug's ailerons -- specifically designed as an alternative to the Wright's wing warping technique for roll control -- infringed on their patent. 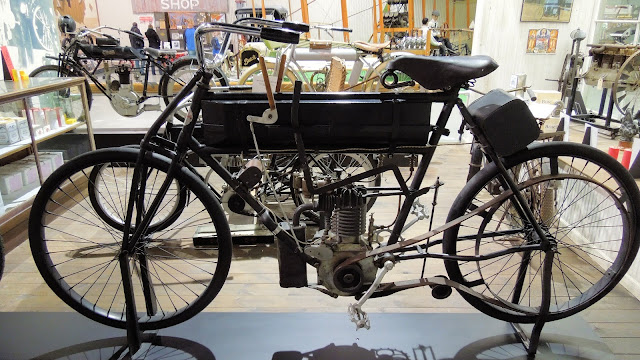 Before the June Bug and his involvement with the Aerial Experiment Association, Curtiss got his start with motorcycles and is often credited with inventing the twistgrip throttle ubiquitous on modern motorcycles (Internet sources suggest some dissension on that point). 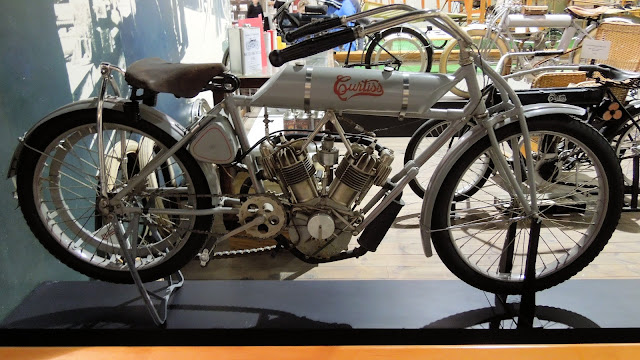 Over time, Curtiss' engines became larger and his motocycles began to look more like purpose-built machines than modified bicycles. 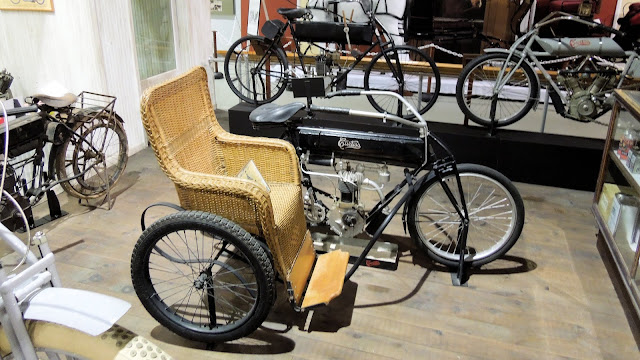 Wicker sidecar, anyone? What could go wrong? 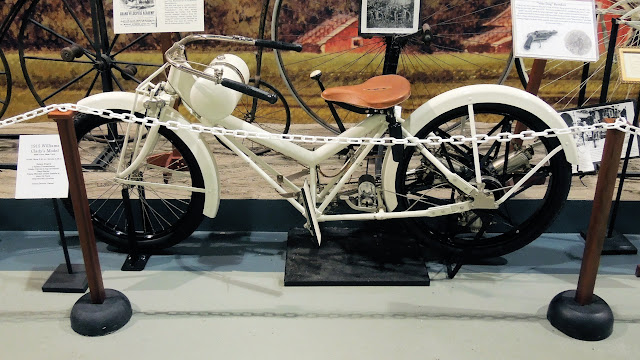 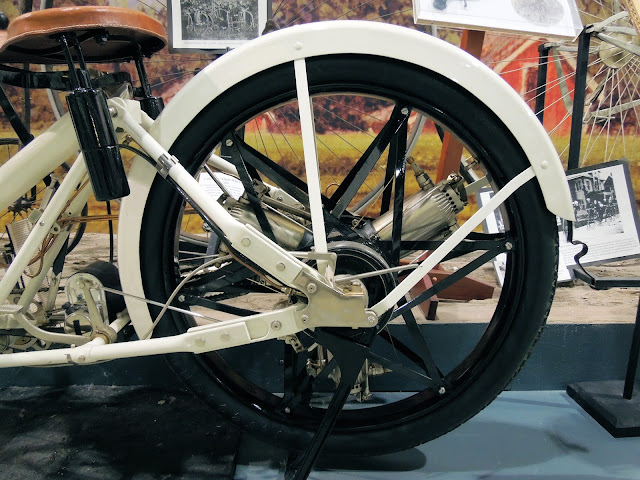 This particular motorcycle featured a three cylinder rotary engine integrated into the back wheel. In a rotory engine, like the early 20th century Gnome and Clerget engines used on WWI fighter planes, the entire engine assembly rotates around a fixed crankshaft. 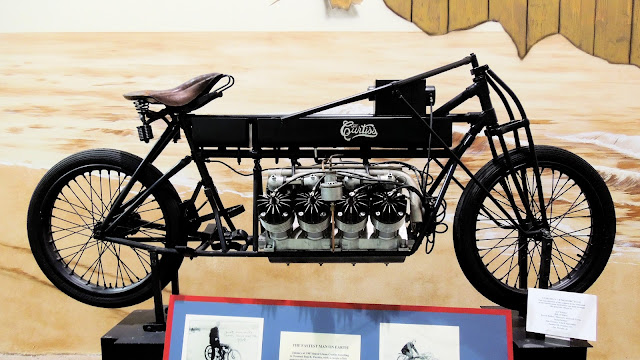 Curtiss' 40 horsepower V8 motorcycle won him the title "Fastest Man on Earth" when he rode it to set a world land speed record of 136.4 mph in January of 1907. Although this record was broken in 1911 by an automobile, it remained in place for motorcycles until 1930. The original motorcycle resides in the Smithsonian; this one is an exact copy. 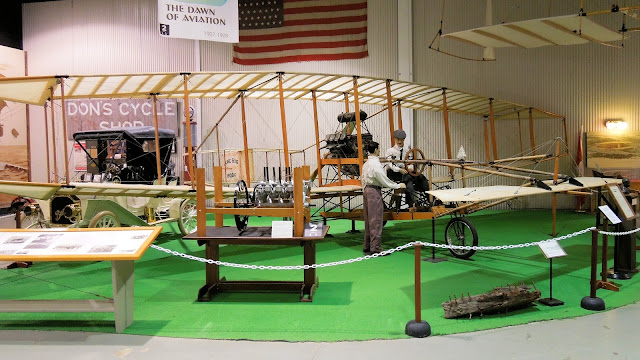 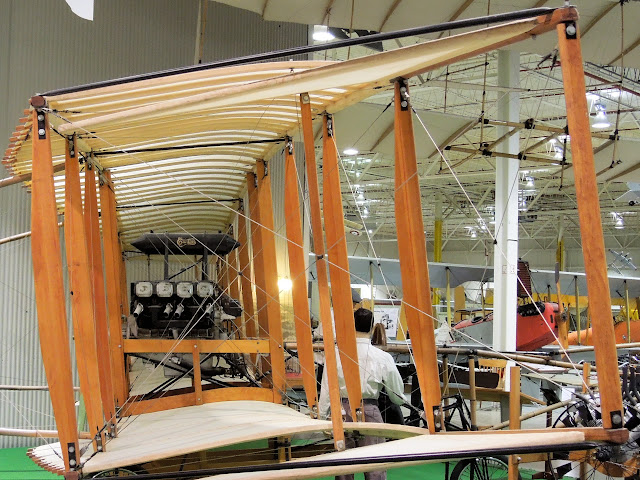 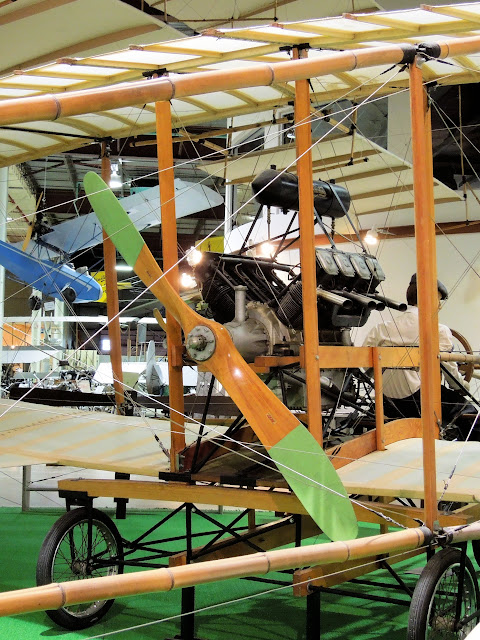 The museum features an operational replica of the June Bug, the steed that won Curtiss the Scientific American Cup in 1908. 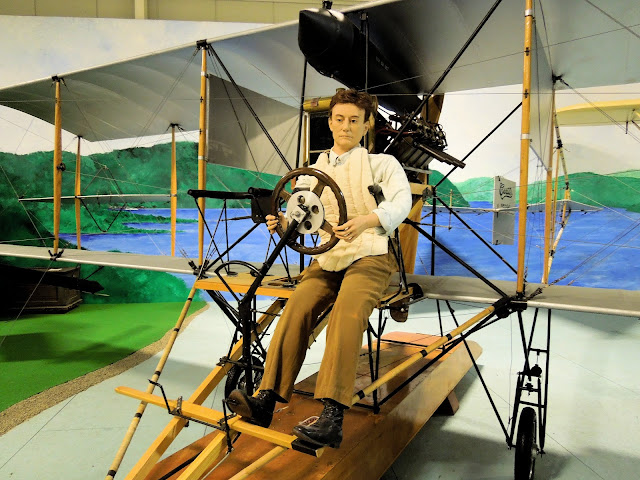 In the previous blog post, there is a discussion of the rapid evolution of Curtiss designs. One thing that escaped me at the time was the nature of the control system that Curtiss used in many of his early designs. Turning the control wheel actuated the rudders, rather than the ailerons as done in modern aircraft. Bank was controlled by leaning against a "shoulder yoke" visible in the above photo. The pilot would simply lean in the direction he wanted to bank and coordinate the turn with the wheel. This control system was eventually abandoned for the sake of consistency with other aircraft designs around the world. 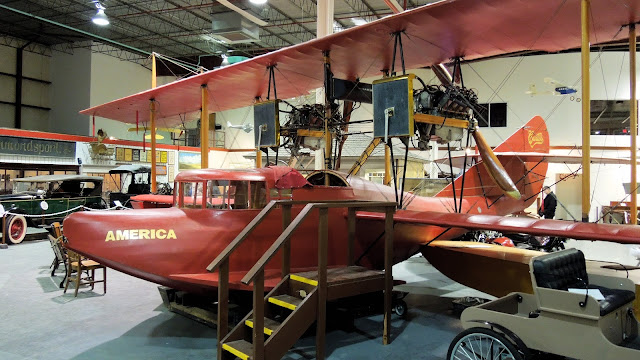 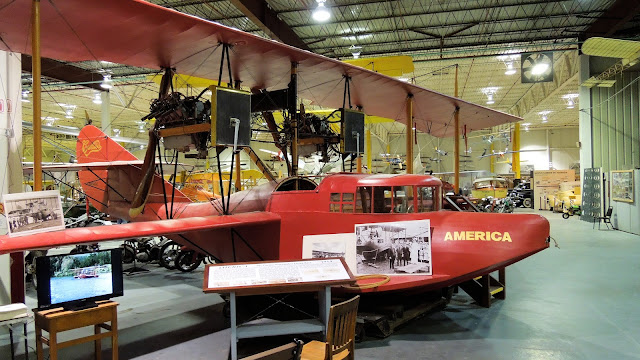 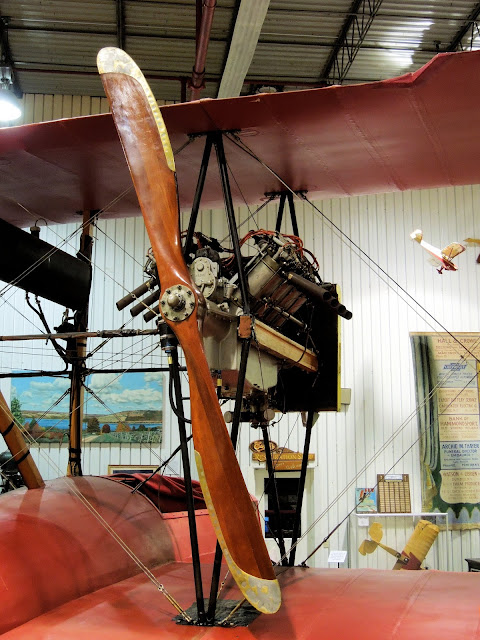 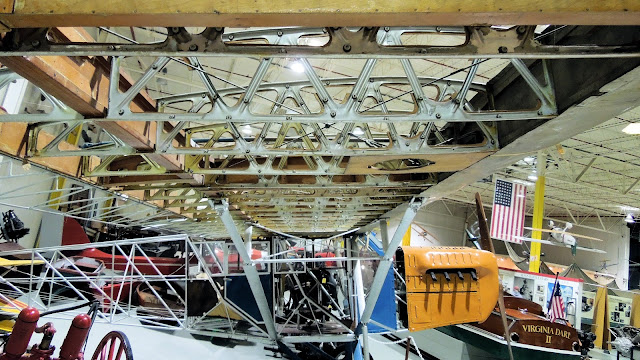 The wing structure of this 1927 Curtiss Robin is a long way from the construction of the June Bug.

As an additional treat, we were allowed to tour the museum's restoration facility. 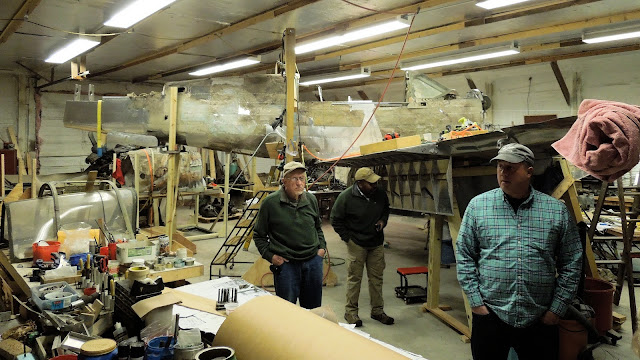 The museum is restoring a Curtiss P-40 Warhawk that was involved in a mid-air crash in Florida in 1945. Restoration began in 2011. 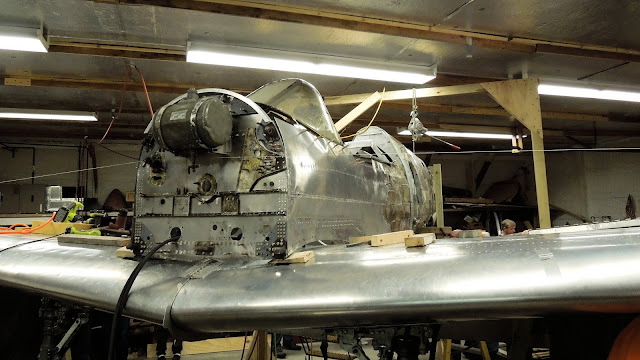 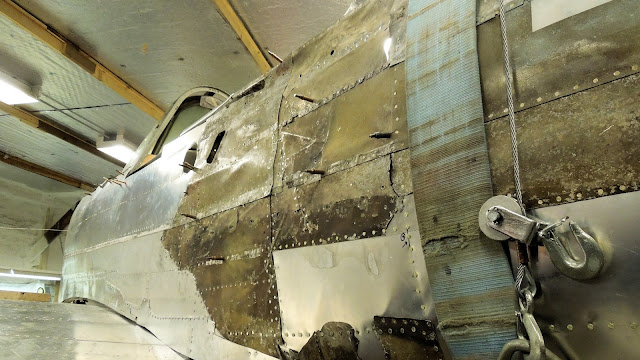 After 40 years in a Florida swamp, the airframe was consumed by corrosion. The aircraft currently sports a lot of new sheet metal as a result. 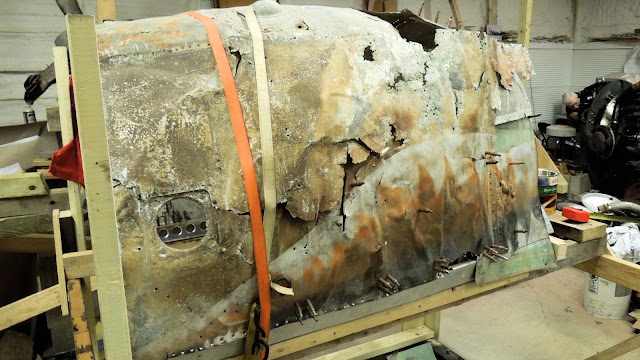 Despite significant corrosion, a ghost of the original nose art could still be discerned on this section of engine cowling. 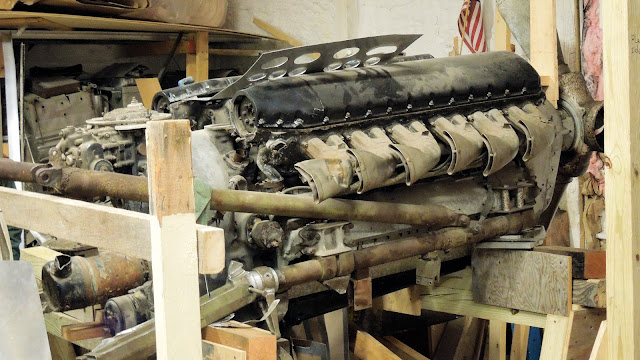 The Allison 1710 V12 liquid cooled engine was the standard P-40 powerplant. It is not clear if this is the wrecked aircraft's original engine or not, but it seems likely. 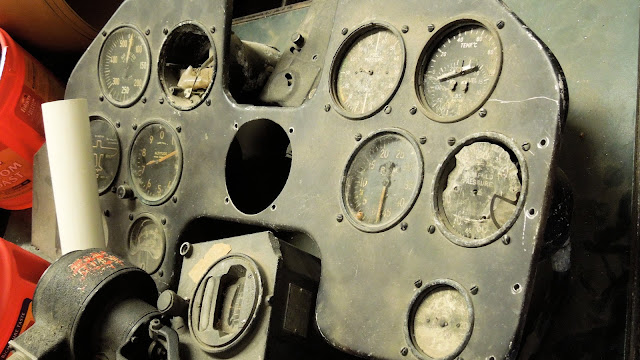 A Curtiss P-40 instrument panel that obviously bore witness to a hard landing (if it could, indeed, be called a landing). 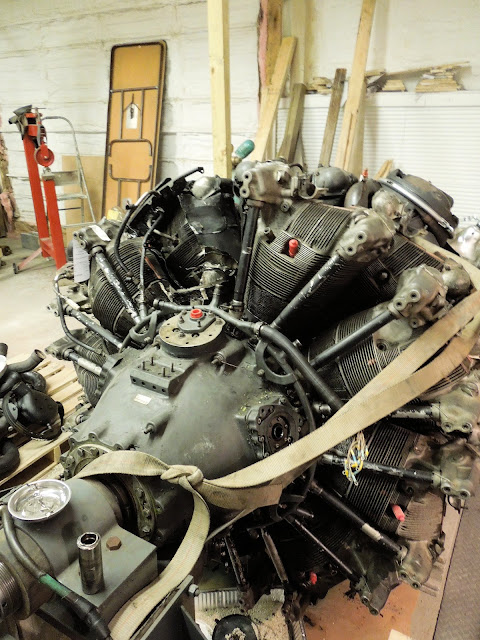 In the back corner of the shop stood a nice looking eighteen cylinder radial engine. 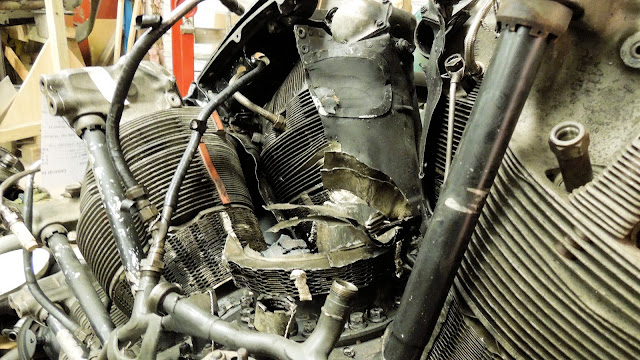 Nice looking, that is, until one notices the loss of a cylinder that appears to have departed under violent circumstances.

Eh, what's a cylinder or two when you have eighteen of them?

The Glenn H Curtiss Museum makes for a wonderful day trip. It tells the colorful story of Hammondsport's favorite son through artifacts and other materials; of his love for engines, his quest for speed, his famous legal struggles with the Wright Brothers (if you have time to watch the documentary in the theater, it's worth it), and the many products of his inventive mind.
Logged by Chris on Saturday, March 25, 2017 No comments:

Down by the Bay


In late March, when the sun comes out, so do the airplanes. 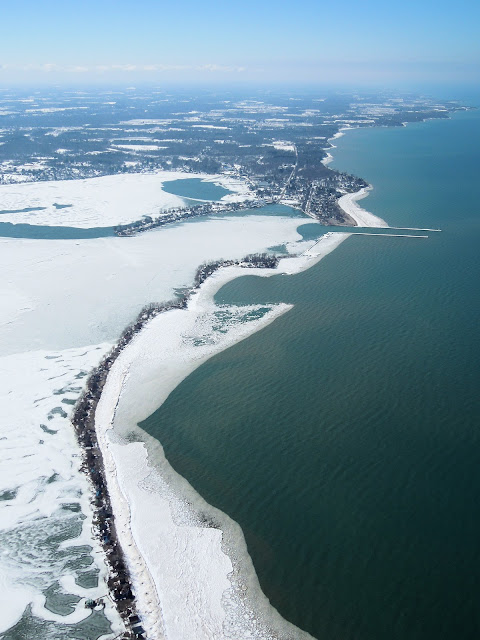 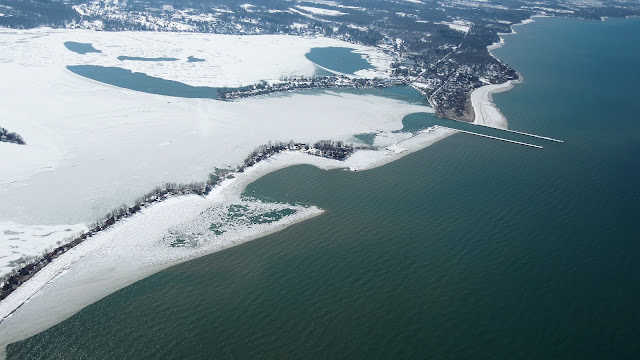 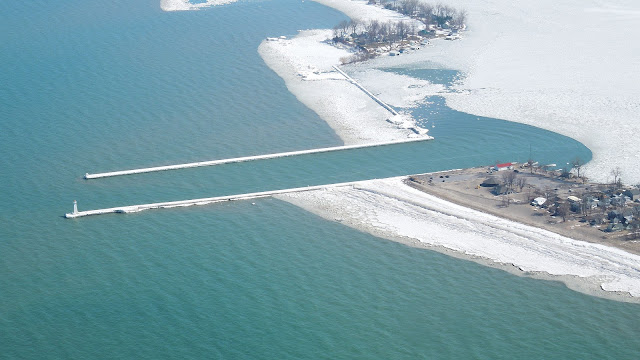 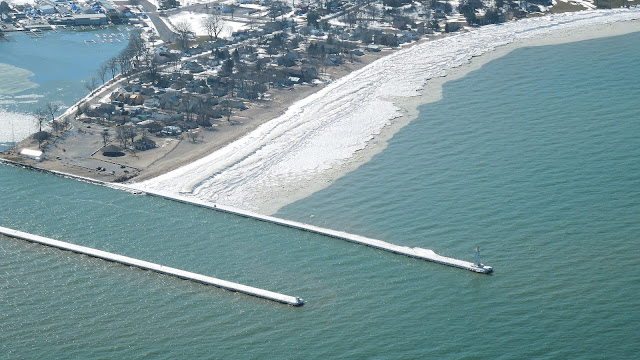