"In the Bleak Midwinter"

To date, 2008 has not been a banner year for VFR flight in Upstate New York.  Although the amount of snow has been miniscule, brutal winds, wet conditions, and an ever-present low ceiling have conspired to ground most VFR craft.  This trend changed today, when clear skies reigned over western New York courtesy of a transient high pressure system.

Shortly after 11:00 am (1600 Zulu, for the purists), Kristy, The Bear, and I were aboard Warrior 481 en route for a $100 hamburger in Lock Haven, Pennsylvania.  Though I had visited Lock Haven before, it was a first time for the rest of my family.  And while the sandwiches at Fox's Market House Restaurant were quite tasty, the most memorable part of the trip was the scenery.  Winter landscapes are rarely inspiring to me.  But today, at winter's peak, the countryside had adopted an austere monochromatic tone that was truly striking. 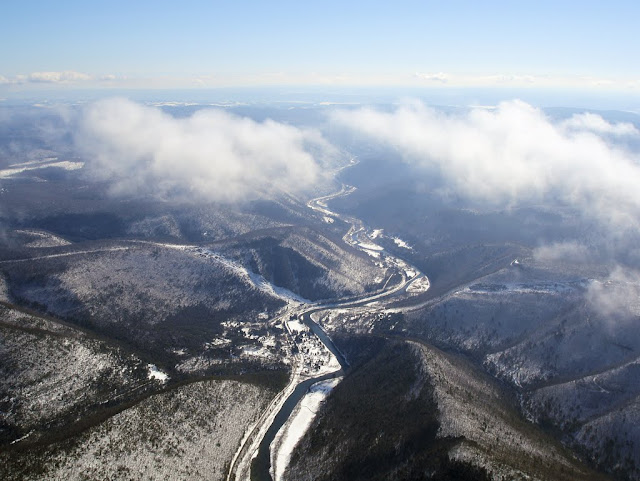 We came upon this river valley part way between Le Roy and Lock Haven. 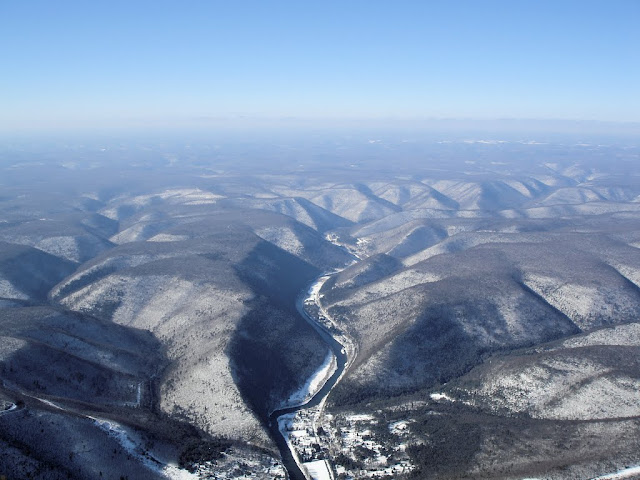 Another river valley observed from 7500' during the homeward flight from Lock Haven.  We had plenty of time to enjoy the view; we fought a 30 knot headwind most of the way home. 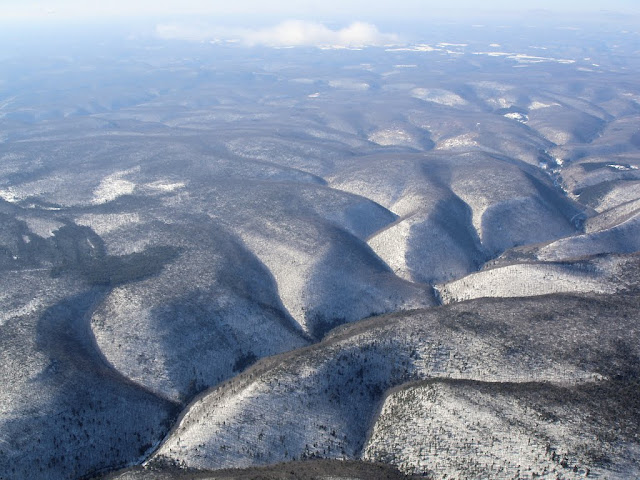 The mid-afternoon sun highlights every contour in stark relief. I could not help but wonder about the geological forces that had worked the land to produce such an odd texture.  But I didn't wonder about it for too long; I was flying an airplane, after all. 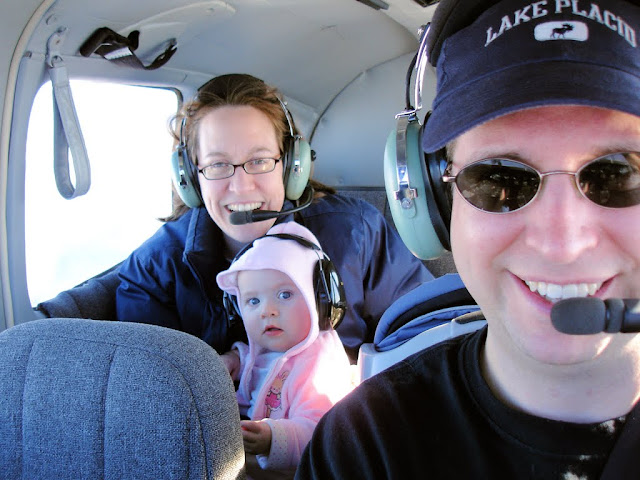 Family portrait taken somewhere way the heck over Pennsylvania.  It was a good day for flying.  We saw some amazing stark landscapes, visited with Ed at Lock Haven, and The Bear slept all the way through lunch at Fox's Market House.
Logged by Chris on Saturday, February 16, 2008 No comments: Links to this post