I was a neglectful aircraft owner. Warrior 481 had sat in the darkness of her hangar since December 22, on soft tires and with fuel tanks depleted to six gallons per side. As soon as the weather forecast suggested a possibility for flight, I took a vacation day and set about some prophylactic corrosion prevention (i.e., flying). Before going aloft, I put air in the tires and filled the tanks. It was something like a spa day for my airplane, if spa days ever involved rolling through snow. 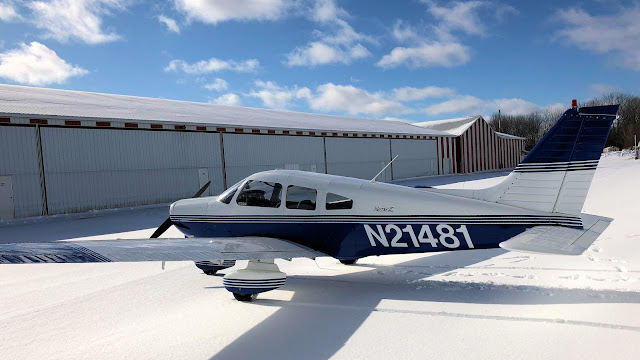 Though not particularly deep, the snow was dense enough that this was as far as I could push her before my feet lost traction, even with YakTrax. 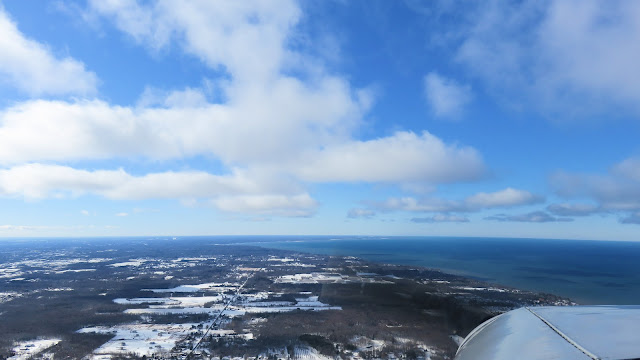 Rochester Approach: "Do you have a destination today or are you just out cruising?"

Me: "Just cruising today." In this case, along the Lake Ontario shore.

The visibility was so incredible that I could see Canada on the other side of Lake Ontario from a mere 2,500'. That never happens. 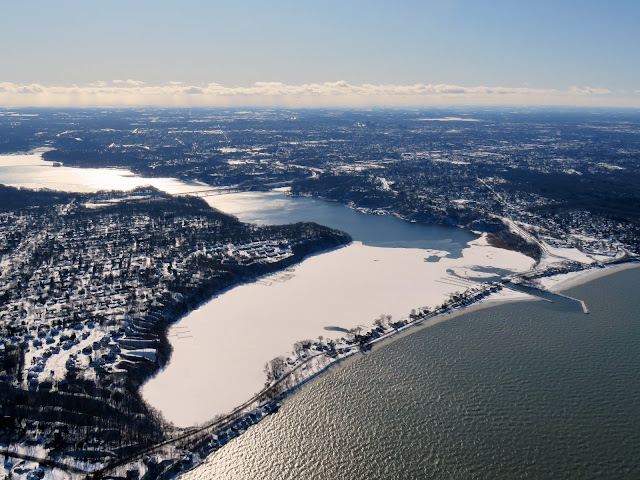 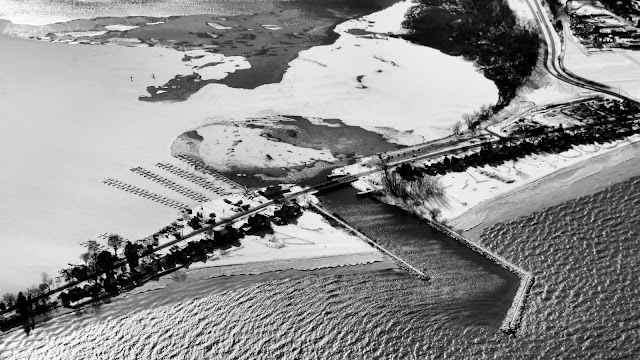 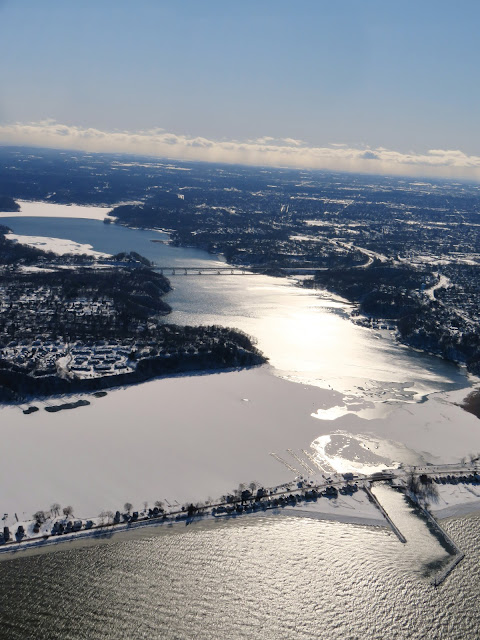 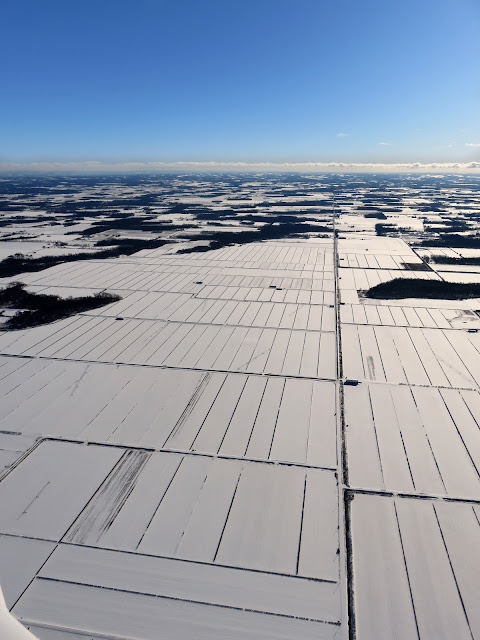 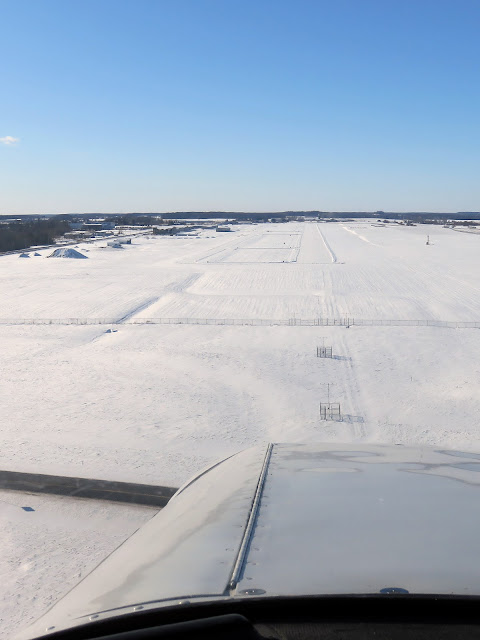 Final approach to runway 28 at Genesee County Airport. Believe it or not, there was actually a runway down there under a couple of inches of snow. It was like landing on a pillow. 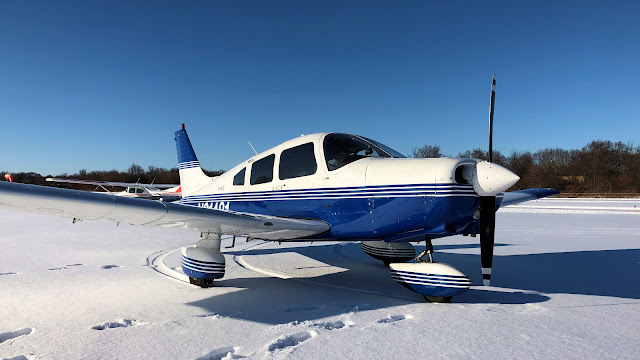 On the ground at Batavia, I saw a text from Ray indicating that he had just reopened the Le Roy Airport. I hopped over, landed short on the icy surface (practice for Alton Bay), and parked in some really crusty snow.  I spent part of an hour riding along with Ray and chatting while he plowed out the airport. 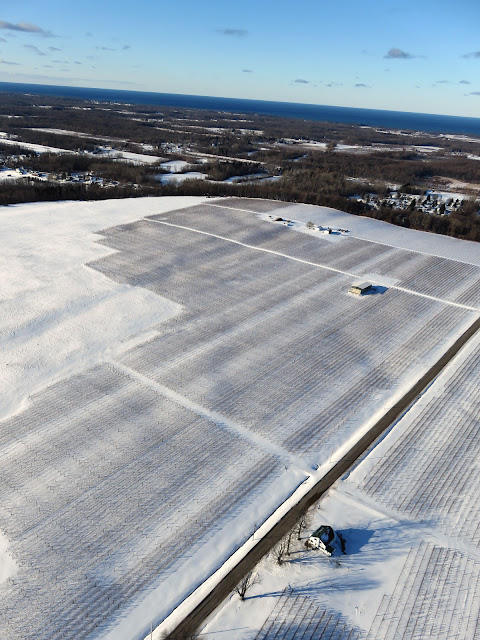 Left base, runway 28, Williamson Sodus Airport. This is the terrain feature that I call "The Hill" and is probably the easiest airport landmark to spot when approaching from the south, a direction from which the airport itself is often invisible. 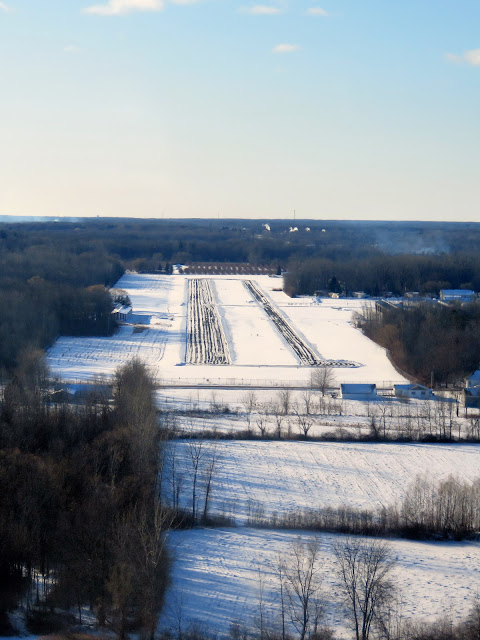 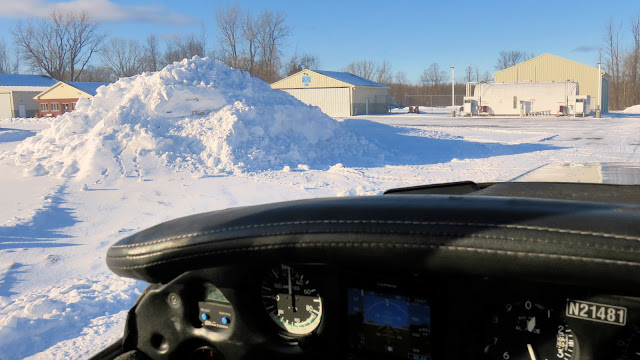 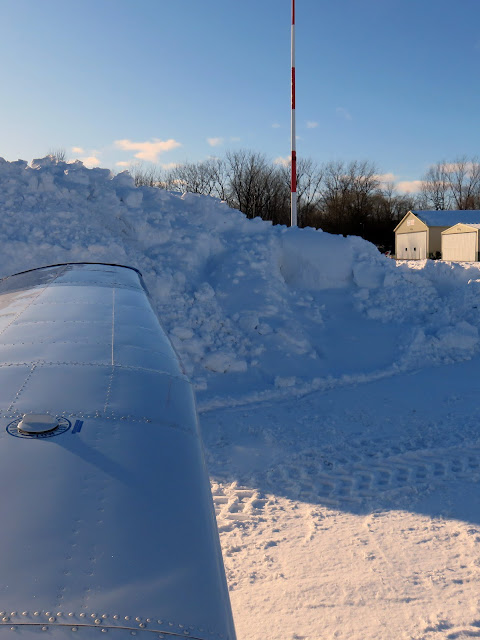 In the winter, those long elegant wings can be a liability compared to the stubby wings of the original Cherokees. Fortunately, the plow crew pushed this pile back far enough that it was not a problem.

In the end, I got my fix of sun and sky while easing my conscience over being a negligent aircraft owner. That night, I spent time perusing the long range forecast and wondering when I will be able to venture out again (short answer, not any time soon).
Logged by Chris on Monday, January 20, 2020 3 comments: