First flight of the year.  After over a month without flying, it was time to strap on Two Seven Uniform and see if I still remembered how to fly.

It was cold and the cabin heater in the old Cessna 150 did not function.  At least, if it did function, its impact on cabin temperature was not readily discernible.  I wore my coat and gloves and directed the tiny aircraft skyward.  I circled the new Constantine High School, still under construction, and took some aerial photos.  I had been feeding the school principal a steady stream of in-progress aerial construction photos since the land was first cleared for the school.

Then I directed the Cessna's nose toward the Lake Michigan shoreline. 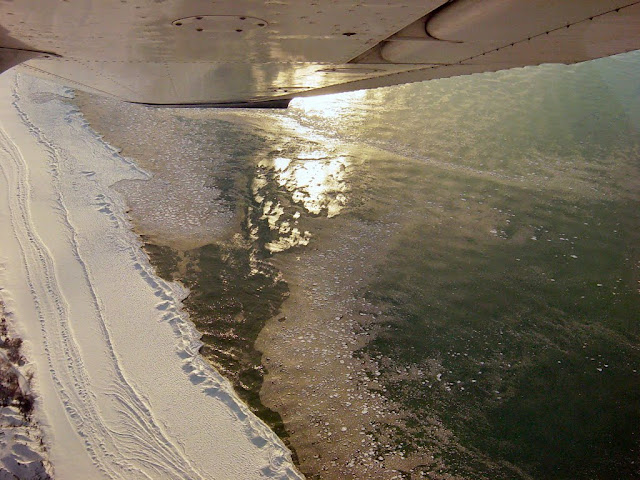 Sunlight glinted brightly off the partially frozen surface of the water near shore. 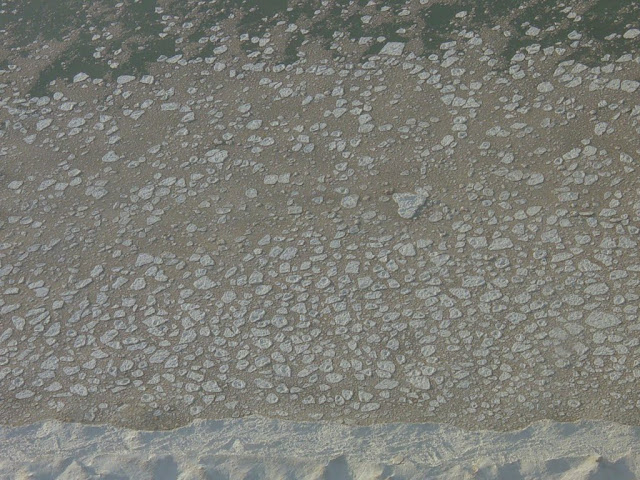 Though it was quite cold outside, a recent warming trend had fragmented the water's edge into a treacherous morass of broken ice floes. 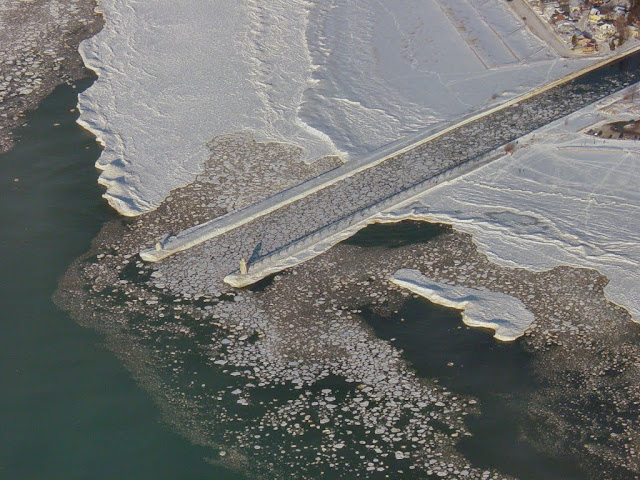 The South Haven pier was surrounded by ice, some intact, some broken.  The distinctive red lighthouse on the south pierhead had turned alabaster, encased in sheets of ice.

I did not realize it at the time, but this was my final flight in Two Seven Uniform.  Though I had not been flying much, I had been doing my research on buying an airplane.  Less than two months later, I left the rental fleet behind.
Logged by Chris on Saturday, January 24, 2004 No comments: