With the protracted cold of the 2013-2014 winter came the inevitable freezing of excessive portions of the Great Lakes. Kent, Ellie, The Bear, and I went aloft to investigate this much ballyhooed ice coverage for ourselves. 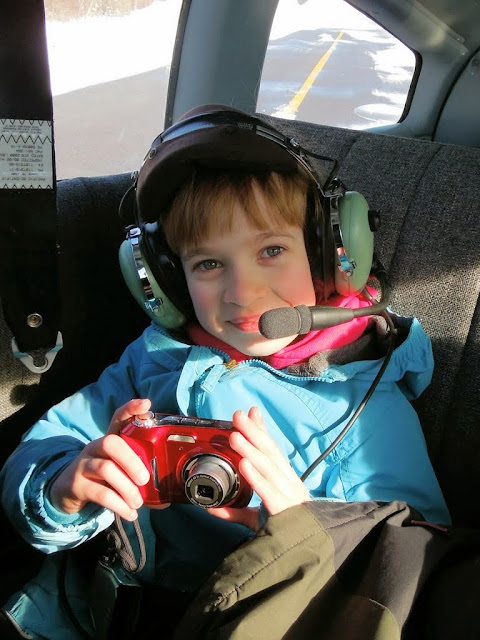 The Bear saddled up with her new camera at the ready; a scientist prepared to document her findings. 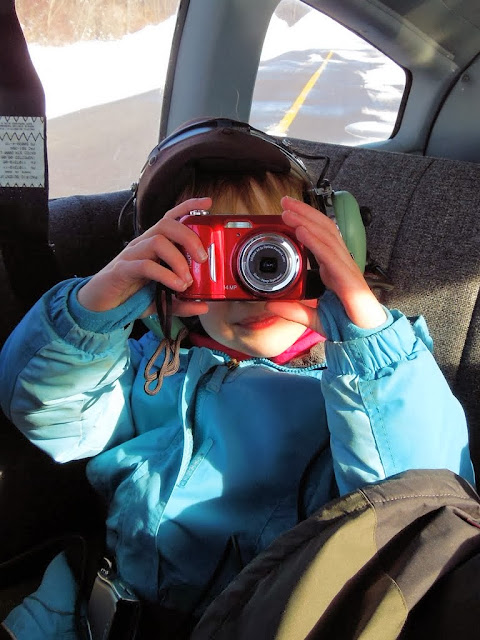 Evidently, I was one of her first findings. Note the expert handling of this equipment. No fingers in shot for this Little Bear. 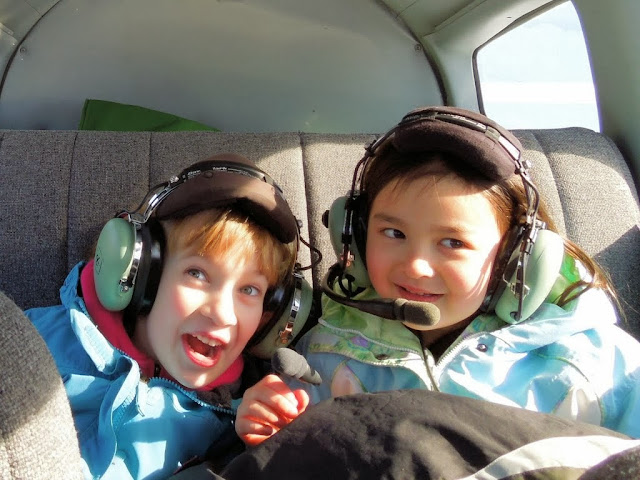 With Ellie along, even the staunchest scientist must be prepared to indulge in some goofiness. Today I learned that little girl squeals can actually exceed the frequency response of my aircraft's audio panel. Thank goodness for whomever invented the isolation switch! 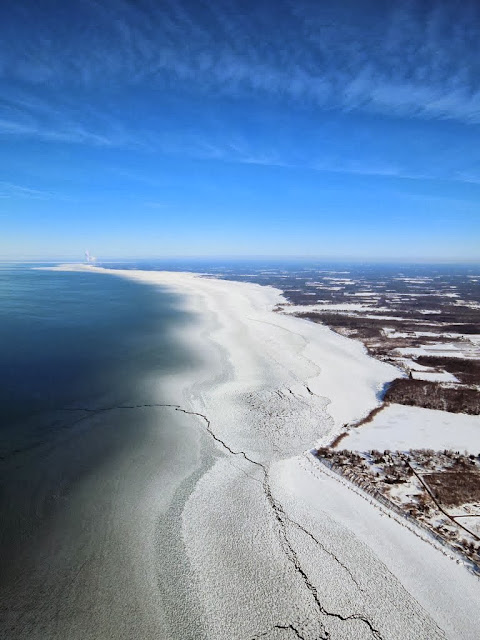 An impressive swath of thick ice followed the shoreline. 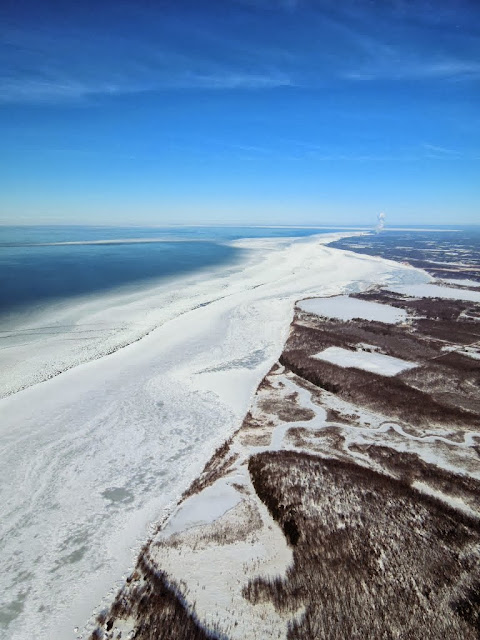 The character of the ice differed significantly with distance from shore. Even the darker blue surface of the water was frozen, just not quite so obviously. 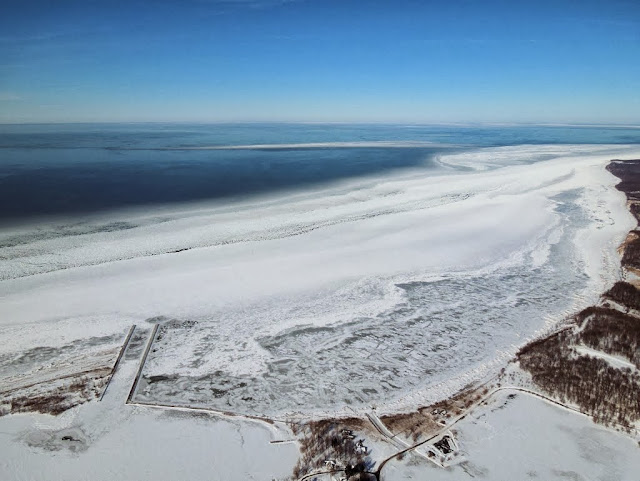 There was clearly not much boating going on from Little Sodus Bay these days. 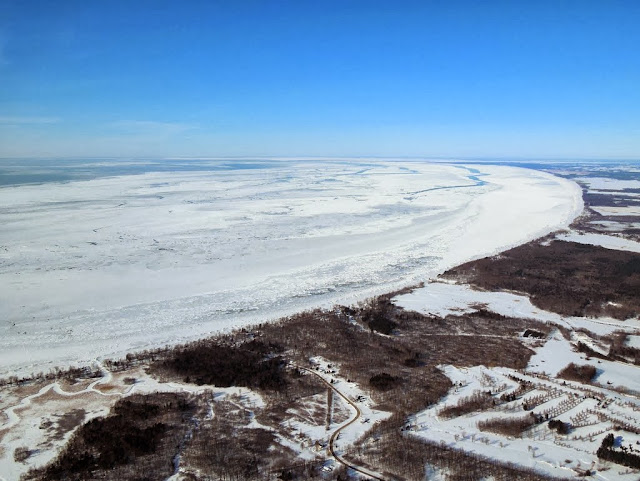 The east end of Lake Ontario was entirely covered in ice. I have not seen anything like this in twelve years of flying; it was vaguely awe inspiring. 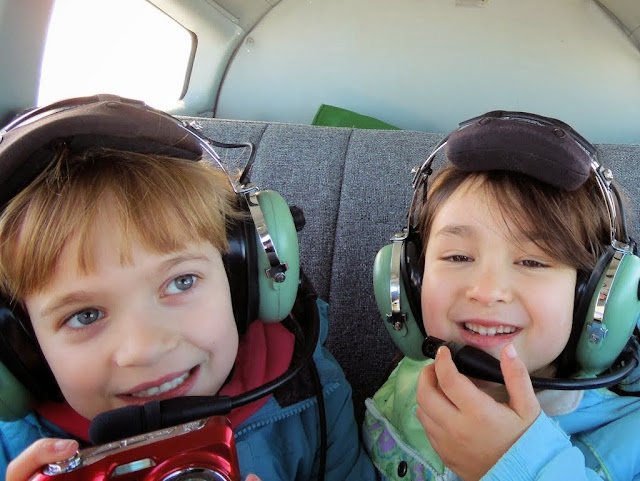 Ellie and The Bear really enjoyed the view out the windows. Sometimes, The Bear requested turns to get better photographs. 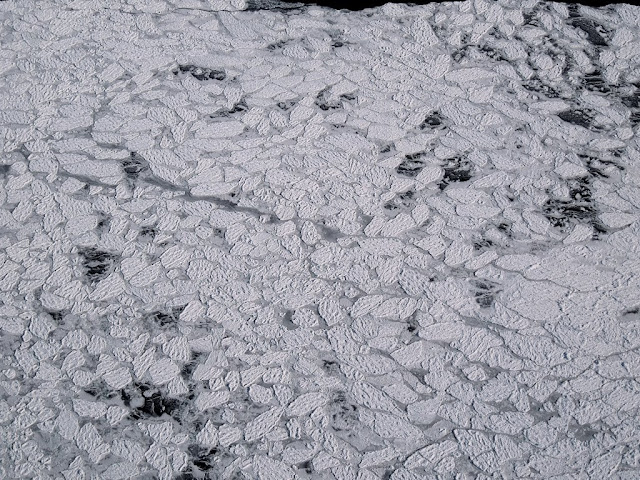 The icy covering of Lake Ontario somehow reminded me of dry skin. It was eye-catching, but made me itch. 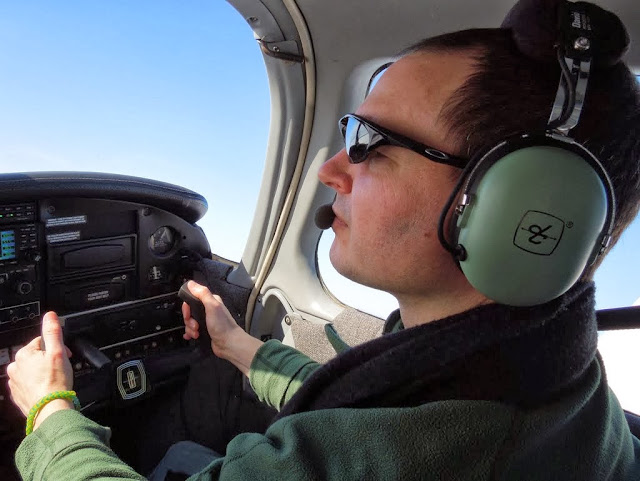 For the return flight, Kent took the controls. 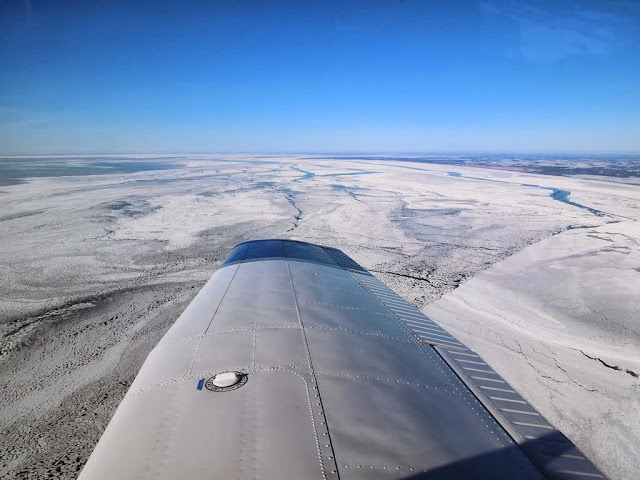 Ice...as far as the eye could see. 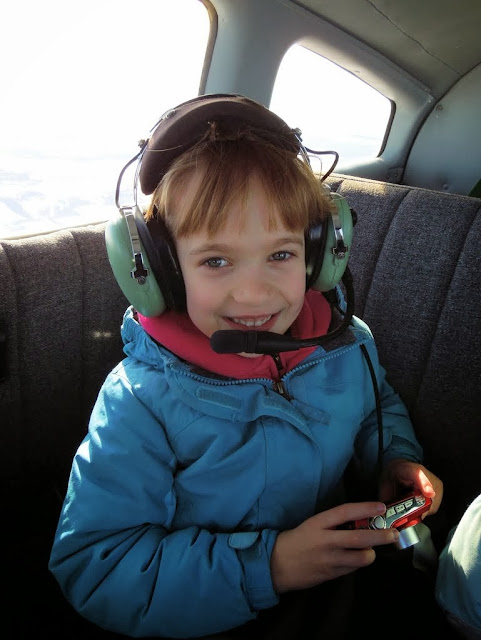 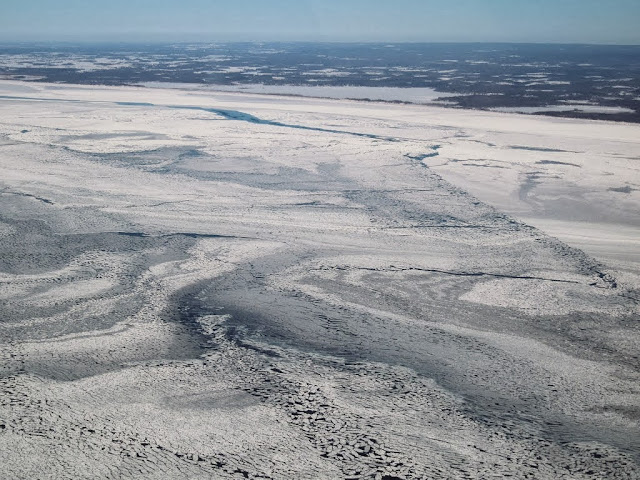 The ice covering Lake Ontario exhibited a fascinating morphological diversity. And it looked really cool, too. 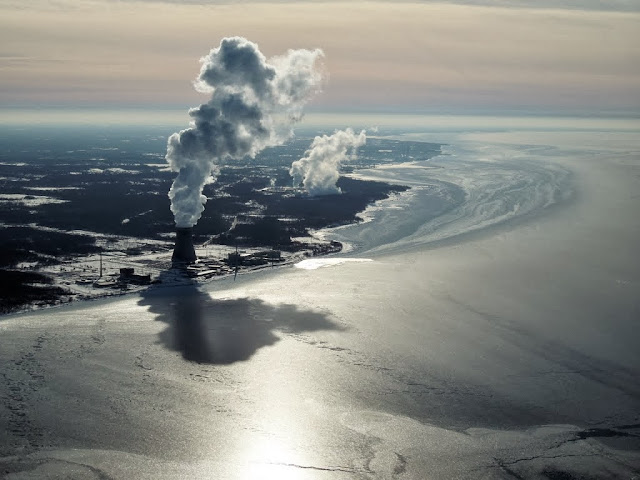 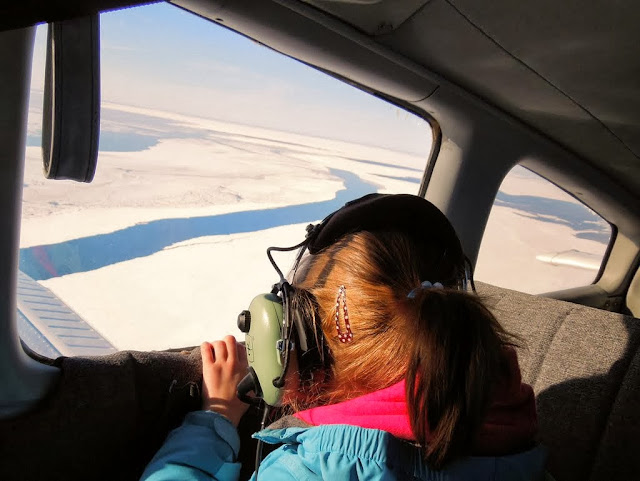 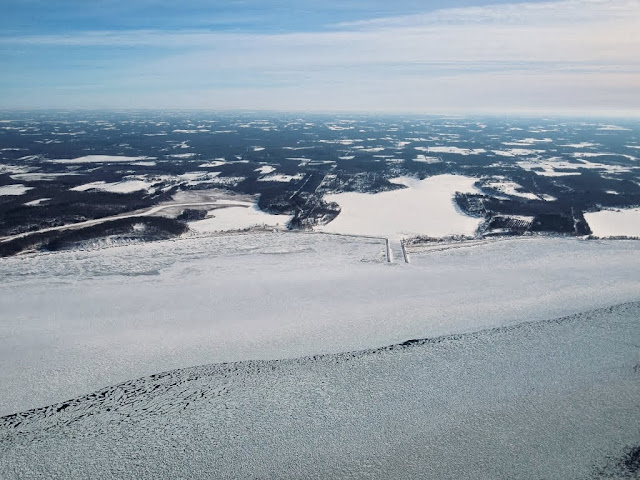 We returned to the Williamson-Sodus airport where the pattern was literally abuzz with club members exercising themselves and the club airplanes (even poor, forlorn, Six Echo Sierra).  We left the ice on Lake Ontario behind to contend with the ice encrusted ramp outside my hangar.

Kent got his flying fix and the girls showed their pleasure by bestowing some enthusiastic high fives on my outstretched hand. And me? I was just happy to be along for the ride.
Logged by Chris on Monday, February 17, 2014 4 comments: 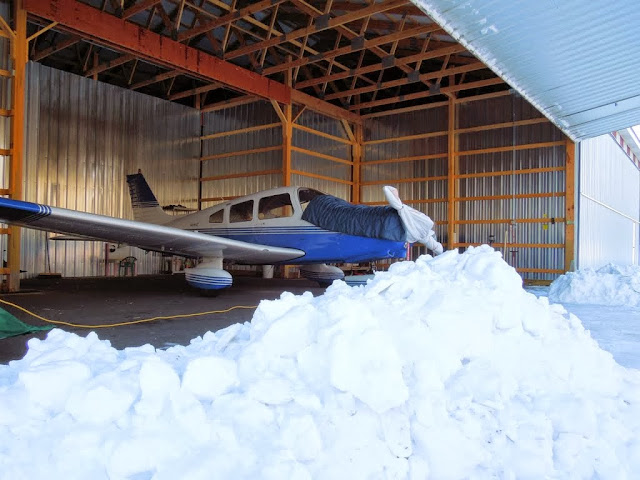 I was far too busy not flying in January to get any flight time.  On the morning of Thursday, January 30, the weather finally broke.  I drove to the Williamson-Sodus airport to attempt excavating Warrior 481 from the hangar.  As I surveyed the airport grounds, it was clear that all the other hangars were snowed-in as well. 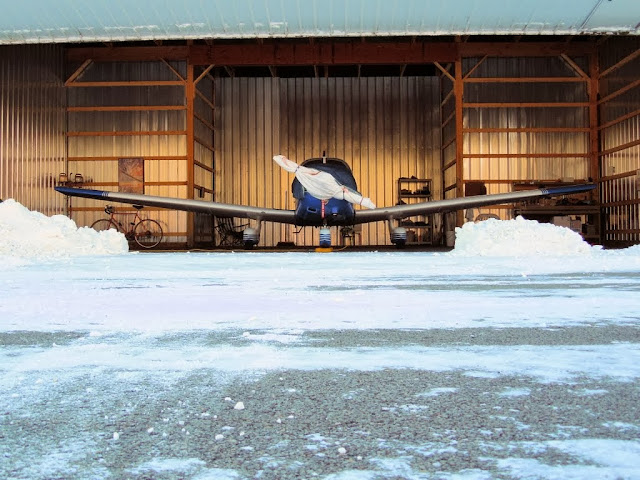 I chopped and shoveled hard packed snow for an hour until I was satisfied that the snowbanks were low enough to pass wheels and wings. 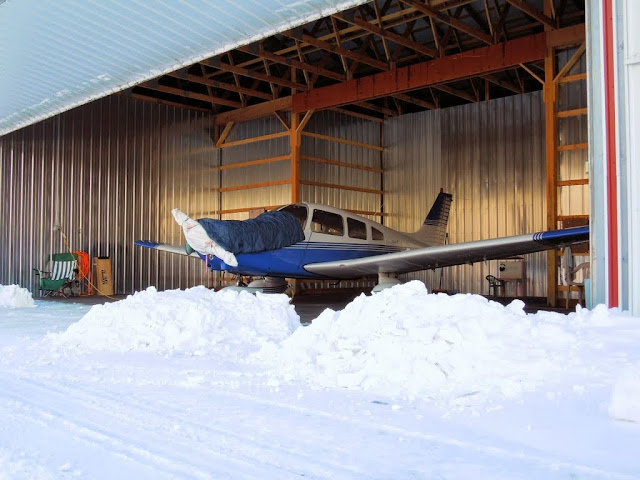 Thanks to the wonders of preheat, Warrior 481 turned over immediately and idled happily on the snowbound ramp.  We wandered to the east, practicing airwork.  After a landing at the Oswego County airport, we headed for the Lake Ontario shore. 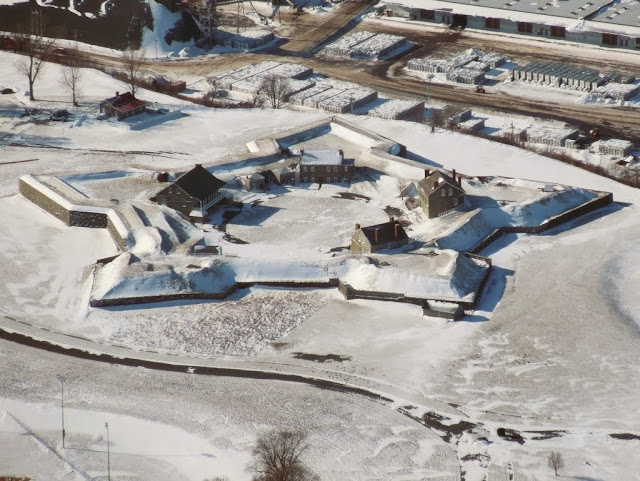 Fort Ontario in Oswego, NY.  It looked cold there. 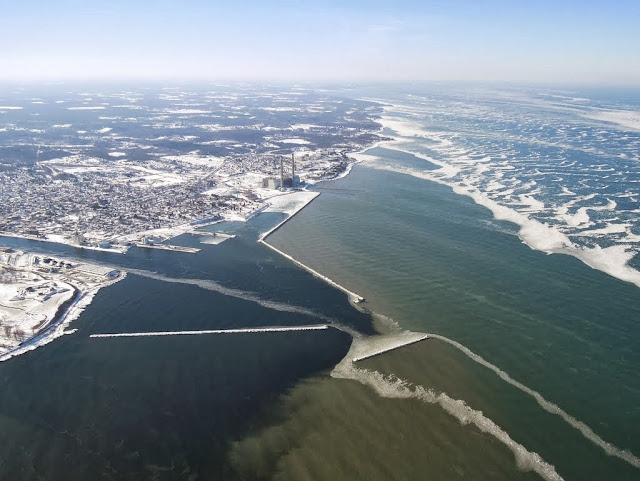 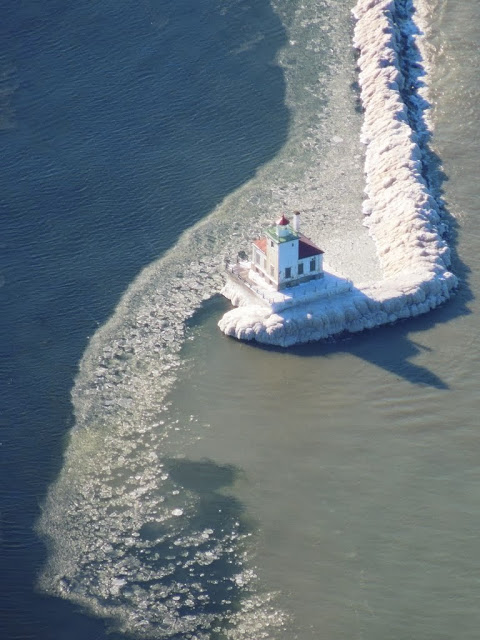 It would have been a wretched day to hike out to the Oswego Harbor West Pierhead Lighthouse. 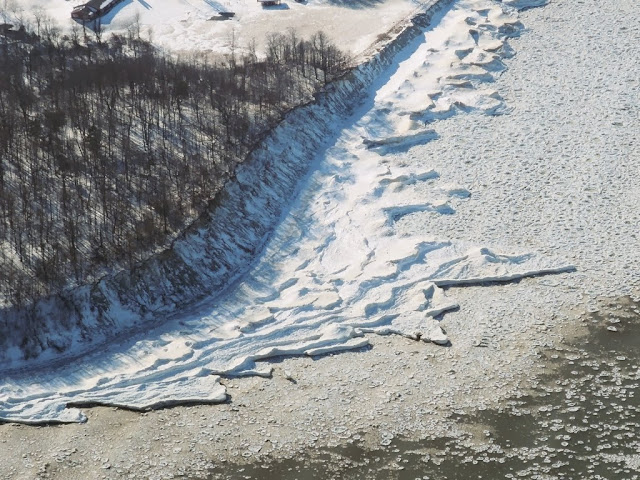 I was grateful for the prodigious amount of heat pumped out by the Warrior's heater as I beheld an ice encrusted shore. 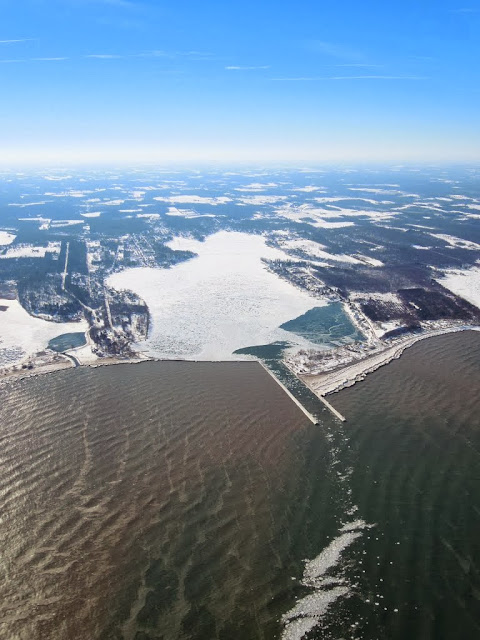 Still, it was beautiful in its own way. 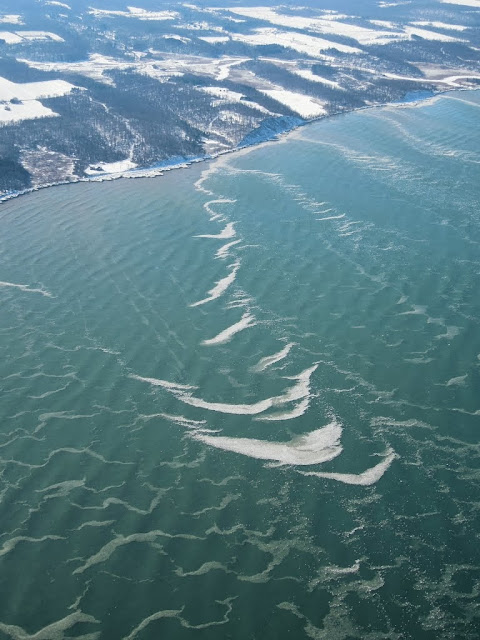 And there were unusual vistas to see.