Great Valley and the Forgettable Cherokee


On the recommendation from some pilots I met at the Royalton Airport, I visited the Great Valley Airport (N56, airport #105) in the Southern Tier.  Great Valley lives up to its name, a turf strip in excellent condition (3800' x 60') nestled in the high hills near Salamanca, NY. 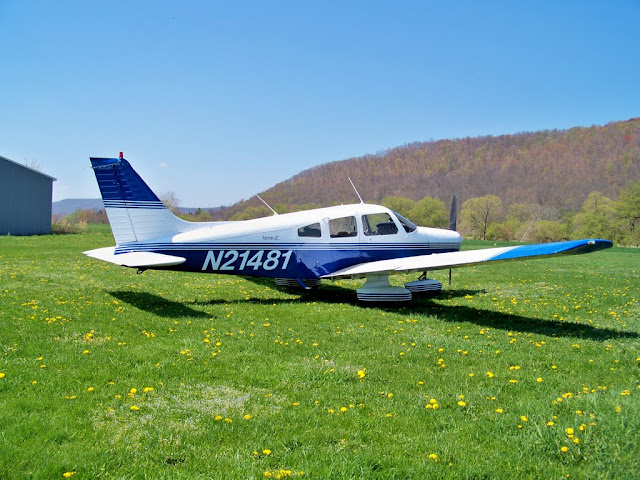 Across the street is Eddy's Restaurant, a no-frills diner.  With the weather having definitively (hopefully) turned the corner to "summer-like", I used the flight south to re-acclimate to bumping along in thermals.  The airport was wonderful (if otherwise deserted), lunch at Eddy's satisfying, and the ride back to Rochester smooth above the cumulus. 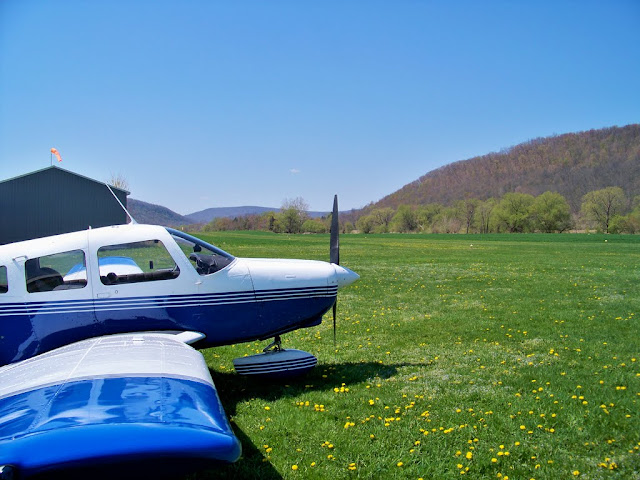 I decided to do some touch and go's at Rochester to keep my ears practiced for working with the tower.  I was cleared for a touch and go on runway 25 before ever entering Rochester's Class Charlie airspace - it was a quiet afternoon.  After the first touch and go, the controller asked me to extend my upwind to accommodate a medical chopper that needed to land just under the pattern for runway 25.  He promised to call my crosswind...

...but forgot about me instead.  Nearly half way back to Le Roy, I keyed the mic and asked if I had missed a radio call from the tower.  My query was met with a protracted silence and I worried that something had gone wrong with my radio.  But, then, "OH!  I am so sorry.  Warrior 481, turn crosswind, runway 25." 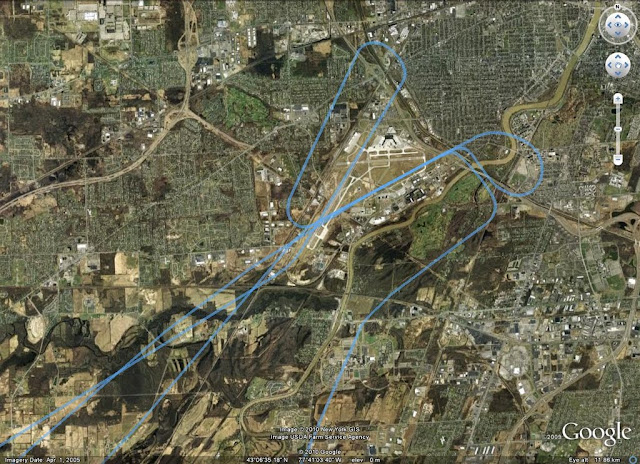 Moments later the controller was back on frequency, "Warrior 481, winds are calm.  You can do a straight in on runway 7, then teardrop back to runway 25 for another touch and go."  I took him up on the offer, particularly because I do not fly many straight in approaches and it was good practice.  Once off runway 7, I reversed direction over the University of Rochester and pointed back toward the airport.  On short final for runway 25, the tower cleared me for another touch and go, then asked, "there are no other aircraft in the vicinity, want a different runway?"

On final for runway 22, he called again.  "Warrior 481, still no inbound traffic.  You can do anything you want...simulated engine out, switch runways again, whatever."  At this point, I had been flying for nearly two hours and, somewhat regretfully, requested a departure to Le Roy after landing on 22.


Departing from runway 22, the tower called one last time, "Warrior 481, I am truly sorry about earlier, I only meant for you to extend your upwind about 30 seconds.  Turn on course Le Roy, contact departure on 127.3, and have a good day."  I thanked him for all his help and returned home.

It was a day of simple pleasures...a grass strip, VFR flying, and Class Charlie airspace all to myself.  Simple, but nice, and a great way to exorcize the accumulated demons of a sometimes overwhelming occupation.
Logged by Chris on Friday, April 30, 2010 No comments:

Email ThisBlogThis!Share to TwitterShare to FacebookShare to Pinterest
Labels: $100 Hamburger

An Evening with Darrell


After work, I drove to the airport for a relaxing evening flight.  My "hangar neighbor", Darrell, had the same idea and we decided that it would be nice to take some in-flight photos of his airplane. 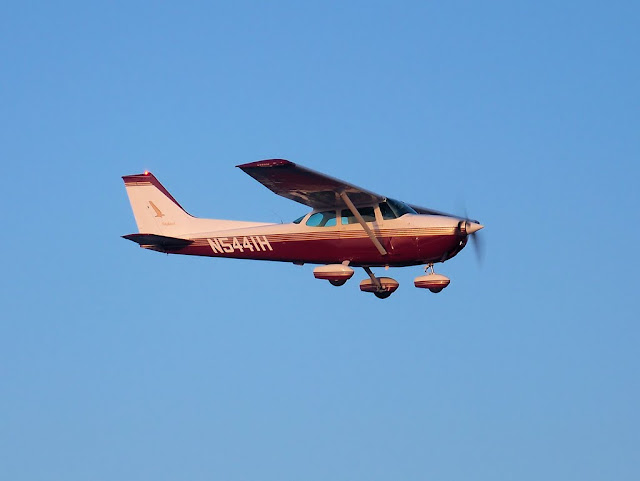 For the first time in nearly five years, I was on an air-to-air frequency talking to another airplane flying close to mine.  And it's a good looking airplane, too.  For a Cessna.  :-) 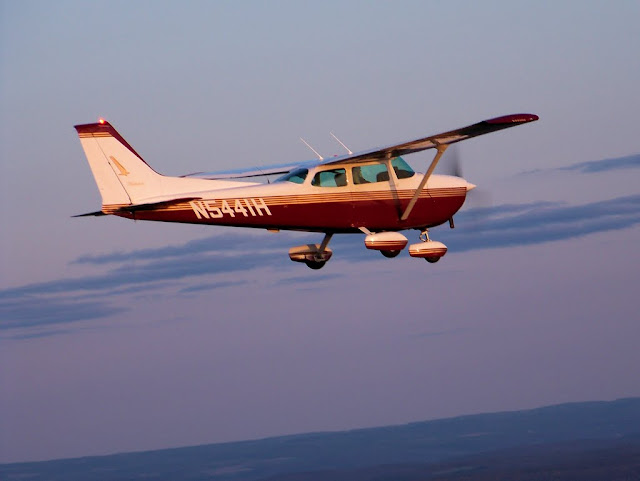 As the sun began to set, the airplane took on a warm red blush and the clouds dimmed to gray streaks across the darkening sky. 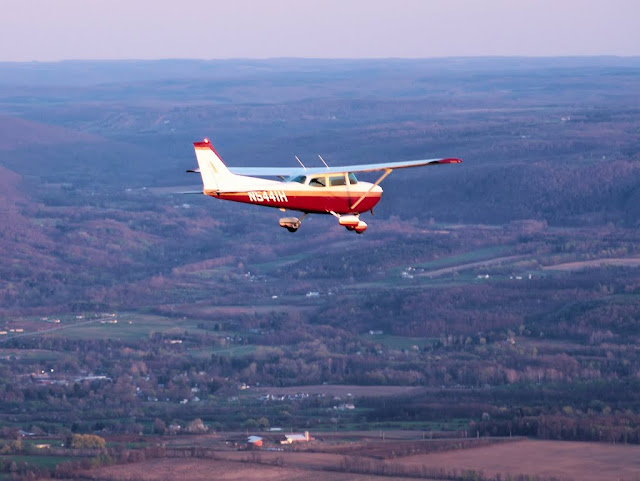 Eventually, Darrell pulled ahead and we rolled to separate headings.  My final landing back at the airport was so gentle that I even impressed myself.  As my own worst critic, that does not happen very often.

With the airplanes put away, actual and "hangar" flying done for the evening, Darrell and I stood on the dark ramp looking at runway lights glowing invitingly under a star-filled sky.  For a long time, I have felt like a newcomer to the Le Roy Airport.  But sometime over the last 4.5 years, the realization that Le Roy was "home" somehow snuck up on me when I wasn't looking.

As though reading my thoughts, Darrell broke the silence.  "This is such a great airport."