There are days when I feel the need to step away from the white noise of banal rhetoric that seems to come at us from all directions. It is everywhere, even beamed directly to the devices that we carry in our pockets. Partisan politics; the idiot politician that I support is better than the idiot you support. Poorly-considered tweets thoughtlessly retweeted in amplified cascades, social media platforms as electron multipliers for drivel. Simplistic memes wielded as ideological bludgeons. Hypocrites on social media despairing of divisiveness while declaring others who don’t believe as they do to be morons. Citizens browbeating fellow citizens over whose preferred media outlet has "the whole truth". (Hint: none of them do, especially the ones that hew toward your personal beliefs.) Politicians holding forth on science. (Many of these people can barely string together coherent sentences, can they possibly have the attention to detail necessary to evaluate scientific data? I doubt it.) At times, it seems like every person on the planet is digitally screaming at every other person on the planet.

Yes, there are definitely times when I need to unplug.

Thoreau had Walden Pond. I have the sky.

At dusk, the radio chatter trails off. If I range far enough to the northeast of home, the few voices still broadcasting are mostly speaking French and I cannot understand them anyway. As the landscape darkens, as the voices fade, as the air ceases to glow with scattered light, it is easy to imagine that I am alone in the void.

That is how I unplug.


I unplugged on a Sunday night, venturing north and east to Massena, a small border city along the St Lawrence Seaway. I arrived at dusk. 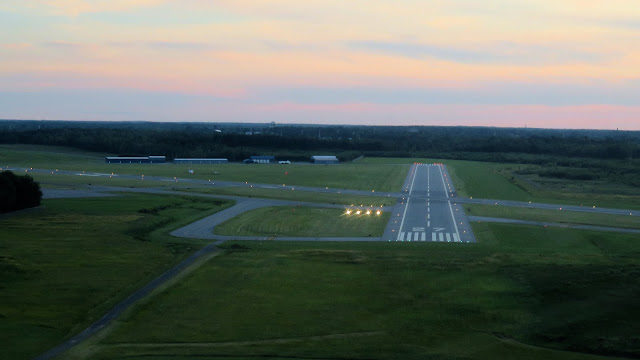 In still air, the Warrior swam earthward, softly rolling onto the waiting runway with a quiet squeak (airport #192). 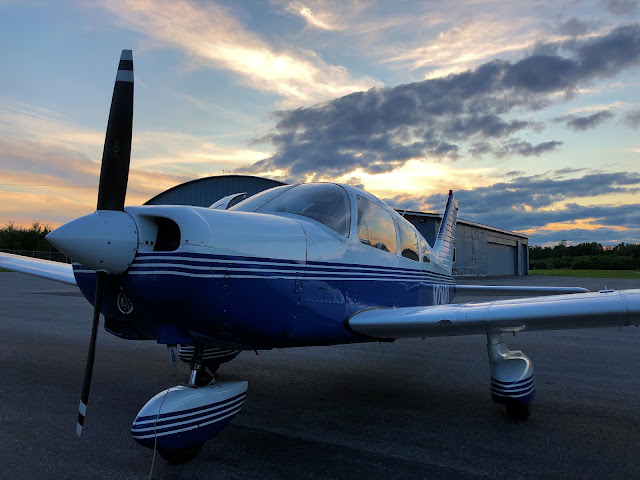 As the turning of the world dimmed the ambient light, I found the General Aviation side of the airport to be entirely deserted. I took on fuel and briefly explored the grounds on foot before launching back into the nighttime sky. 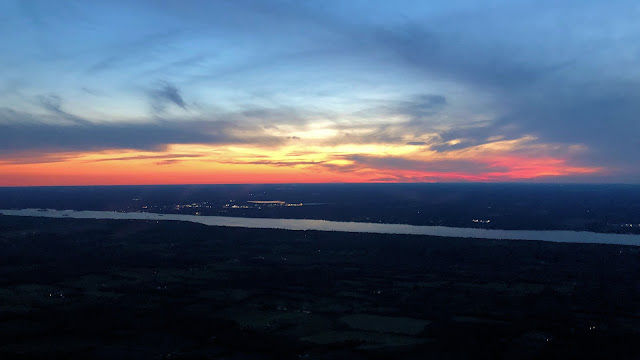 Over my left shoulder, a full moon reflected brilliantly from the surfaces of scattered lakes below. To the right lay the St Lawrence River and a horizon reduced by twilight to a glowing ember.


In the gathering darkness, there was only the song of the Warrior's engine -- both heard and felt -- to fill my senses. 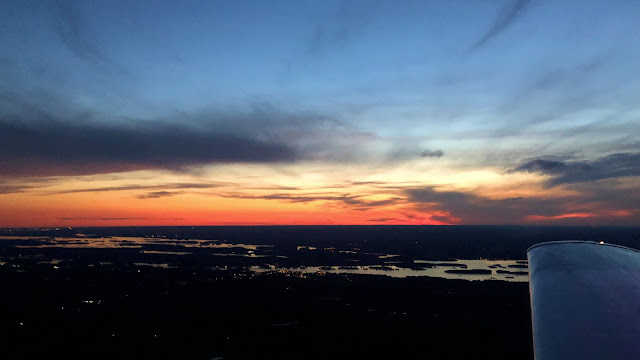 Every once in a while, it is necessary to unplug. If night currency happens to be refreshed along the way (as it was this evening), so be it.

Hmm. I wonder what happened on Facebook while I was aloft?
Logged by Chris on Sunday, July 14, 2019