Somehow, I found myself planning a surprise party for Kristy in another state.

I wanted it to be a reunion with our college friends, but was constrained by the simple reality that most of them live in Michigan, not New York. It made much more sense to bring the guest of honor to the party than the other way around. I booked space at Parker's Hilltop Brewery in Clarkston, MI, chose a menu, and pulled our available friends together. Not everyone could come, but I had some nice catch-up conversations with everyone regardless.

Still, there is a logistical challenge to pulling off a surprise party in another state. It's a good thing that I had an airplane up my sleeve. Even with that, there was risk inherent to the whole endeavor. As I signed the Hilltop contract, I desperately hoped that I knew what I was doing.

I blocked out the day on the family calendar months in advance, but waited until the night before to provide any details. "We're flying to Michigan tomorrow morning," I informed Kristy. "We're going to do something with Pam and Stephen. I'm not going to tell you what."

I arranged for Pam and Stephen to pick us up at Oakland County International and asked our friend Cher to meet everyone at Hilltop around 11:45 am for the noon party. Once we arrived in Michigan, The Bear's task was to declare that she was famished (which would probably not require any actual acting) and ask to go to Hilltop for lunch before doing whatever it was that we were going to do with Pam and Stephen.


"Void If Not off by One Two Four Five Zulu"

In the days leading up to the event, the weather forecast was remarkably pristine for the entire route except that our point of departure was forecast to be marginal VFR. That morning, the Williamson Sodus Airport was under an 8,000 foot ceiling when we left the house. So much for marginal VFR being a factor, I thought at the time. However, by the time we drove to the airport, prepared the Warrior for flight, and taxied to the departure end of the runway, we were informed by the AWOS that the ceiling had fallen to 900 feet. It seemed a bit abrupt, but explained why conditions appeared to be so much lower than expected (because they were).


After a brief delay while I phoned Cleveland Center for a clearance, we were soon climbing through the clouds bound for Michigan. We traversed a layered wonderland of mist for the first half hour of the trek, but the air was generally smooth and it still beat driving (which, incidentally, was a Plan B that I was pleased not to have needed that morning because it would have meant a very early departure). 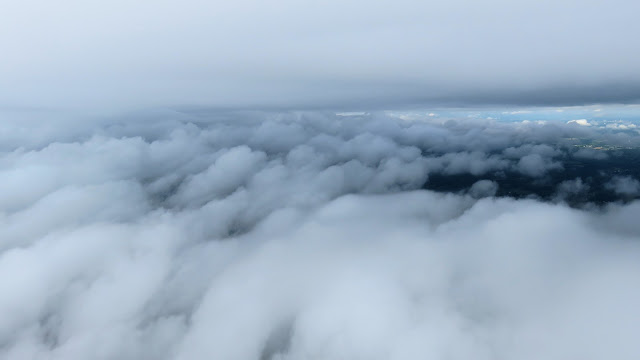 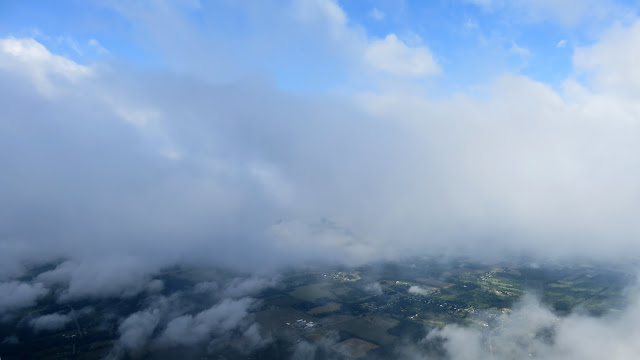 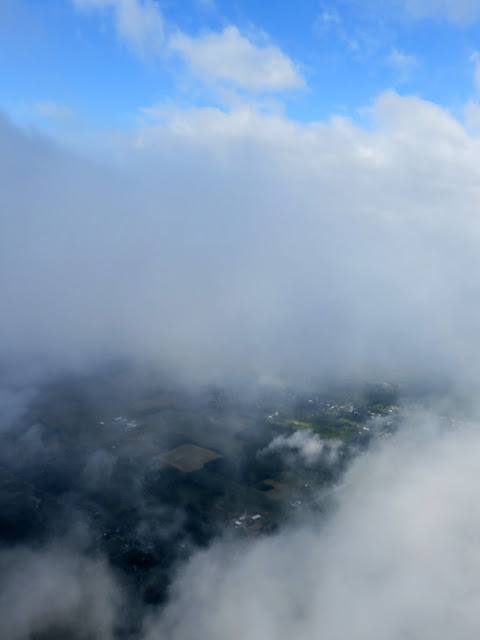 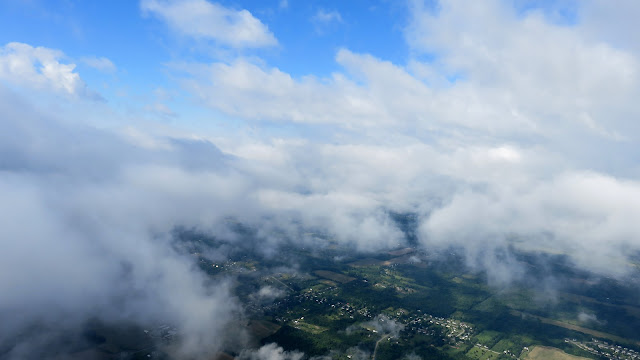 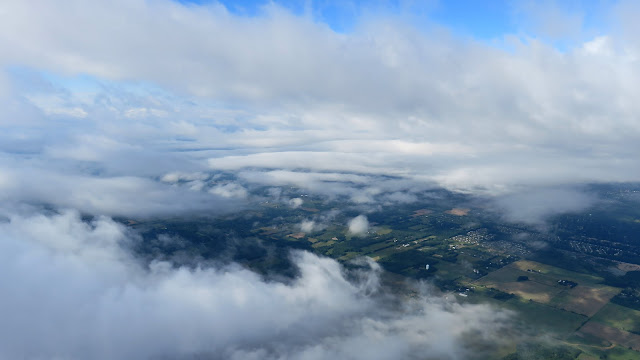 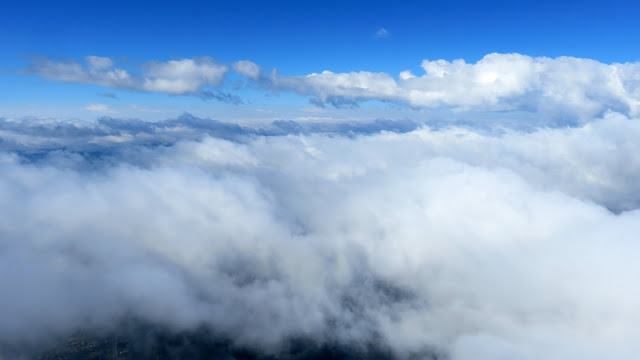 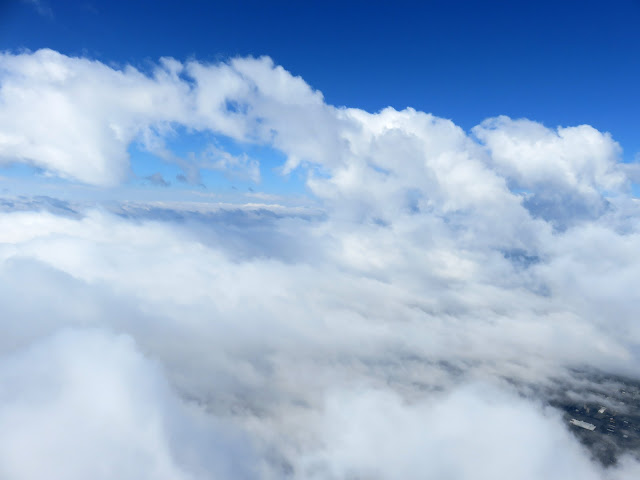 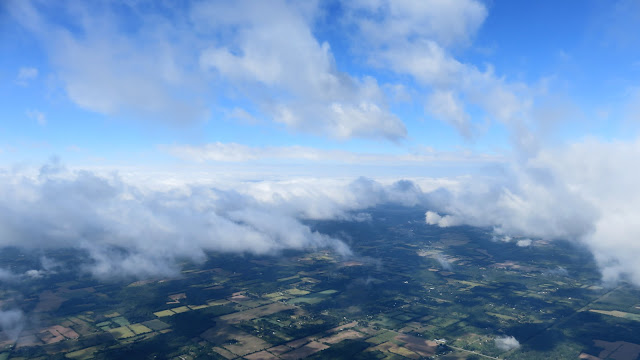 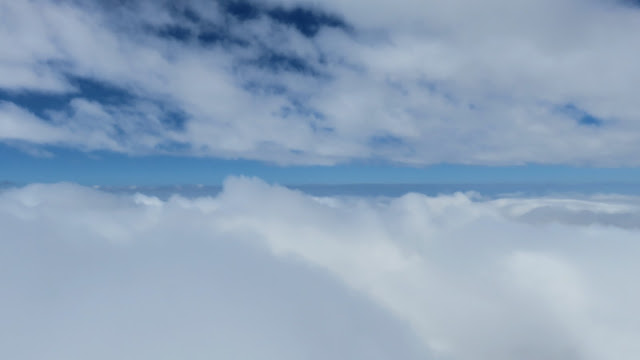 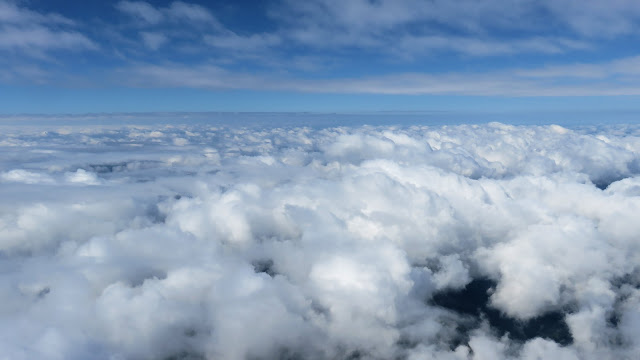 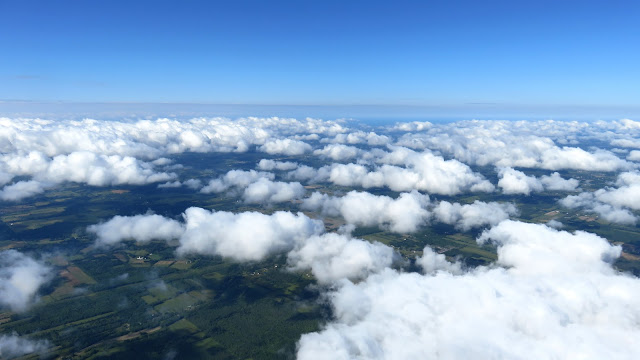 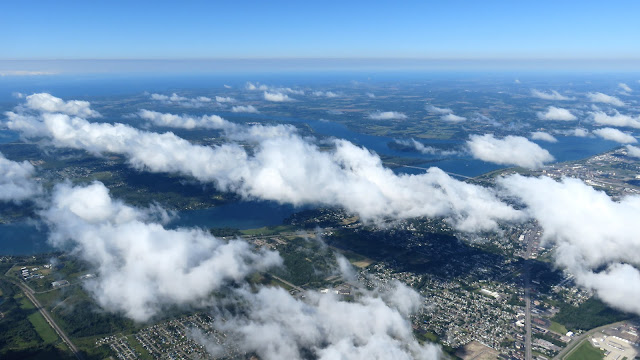 We overflew some residual cloud streets in the vicinity of the Niagara River. 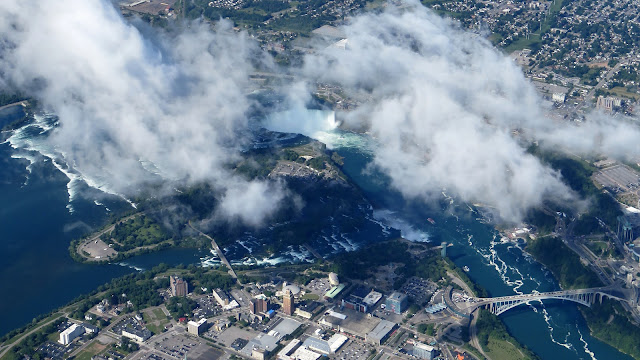 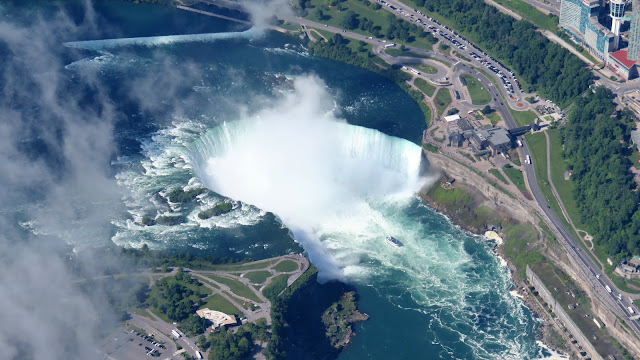 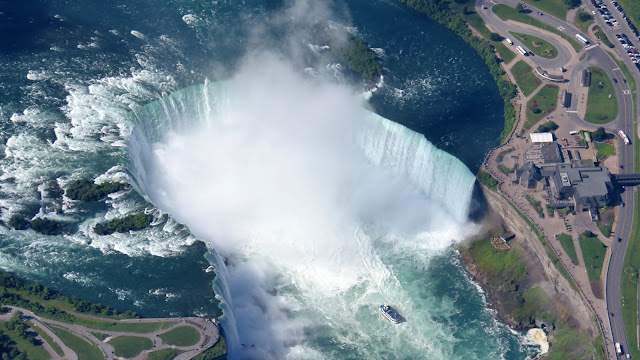 The problem with this route is that the sights along the way are just so boring.


Was DTE Energy in on It? 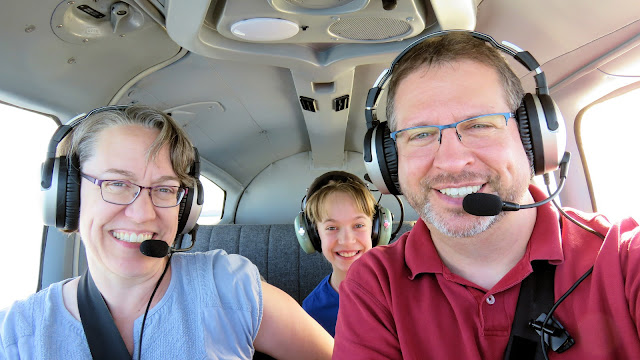 We arrived at Oakland County International right on time. Pam and Stephen met us on the ramp. I dawdled to give our guests an opportunity to gather at Hilltop before we arrived and sent a text message to Cher. "We're at the airport."

"Slight issue. Power's out. They're closed," responded Cher. There was a pause that allowed a sense of panic to spin-up in my chest, then...

On arrival at Hilltop, we were greeted by a handwritten sign on the door indicating that the place was indeed closed due to a power outage. Hmmm...that explains the small number of cars in the parking lot.

I planned for several risks that day, most of them aviation-related in terms of delivering Kristy to Clarkston in the Warrior. Failure in a portion of the metropolitan Detroit electrical grid was not a risk that I had even considered.

Pam and I exchanged "what now?" looks. Where is everyone? I texted Cher again, but her response was slow in coming while we dithered outside the closed restaurant.

"There's a Qdoba down the street, we could take The Bear there," Kristy offered naively, puzzled about why I was not actively driving a new lunch plan.

Should I just fess up? We've come this far, it seems a shame to reveal the plan if there's still a chance to salvage it. I pretended to investigate other dining options on my cell phone.

Finally, my phone buzzed. "We're inside," it said. I showed the phone to Pam.

"Maybe we go in and see if they have an estimate on when the power will be back on," Pam offered. Everyone except Kristy quickly agreed that this was a very good idea. Kristy found it odd, but majority ruled and inside we went. Much of Hilltop was dark, including the area I'd booked for the party. However, I could see a group of people seated on the far side of the restaurant. With a large bar occupying the center of the main dining room, it was difficult to discern who was there.

As Kristy wandered deeper into Hilltop ahead of me, I stopped a waitress and asked, "We were supposed to be having a party here. Are you closed?"

She beamed at me, "We are closed to everyone but you today."

On the far side of the restaurant, Kristy found herself in the midst of tables crowded with our college friends. Seated, they looked up at her with expectant smiles on their faces, eyes darting between her and me. With a gasp, she recognized the first person. Like a spreading flame, recognition swept through the room, person to person, face to face. Flabbergasted, she turned 360° in place, then fixed her gaze on me. "You're so sneaky!" she exclaimed as the room reverberated with everyone's laughter.

There was no doubt in anyone's mind that she was completely surprised. Everyone also acknowledged that our failure to video Kristy's priceless reaction was one of the great lost opportunities of our lifetime. Faces in the room ran the gamut from those we had seen within the week (by unusual coincidence) to those we had not seen in twenty-five years.


The Rest of the Story

When Cher arrived at Hilltop fifteen minutes before us, she saw the large sign indicating that the restaurant was closed. In dismay, she sent her original text message to me. Looking closer, she noticed that there was a smaller sign below the main one. It read, "Cher, come in." That was when she sent the "nevermind" text. Obviously, that second sign came down before we arrived.

A portion of the local electrical grid was actually down. Hilltop was operating on partial power supplied by a generator in order to make our party happen. Everything was delivered as promised, all the food was excellent, and everyone had a wonderful time. We had complete and exclusive run of the place. Especially considering that we had come in from out of state for the event, I think Hilltop went above and beyond to make Kristy's party happen.

Frankly, with a debacle averted, the power outage turned a good story into a great one.

The three hours passed incredibly quickly and it was a genuine joy to reconnect with our college friends. Once everyone dispersed and we were once again in the car with Pam and Stephen, I realized that no one thought to take a single picture from the party. I suppose that's a good reason to have another one soon.

It just won't be a surprise party next time; I don't think I can handle the stress.
Logged by Chris on Sunday, June 30, 2019