We abandoned Warrior 481 at Knoxville Downtown Island Airport on July 21 and continued on to Robbinsville, NC by car. In the days that followed, Knoxville was absolutely pounded by severe storms. Fortunately, it was just heavy rain and no hail. Unfortunately, Knoxville was under flood warnings the entire time, which made me anxious considering that my airplane was sitting on an island in the middle of the Tennessee River. But even in the absence of a specific weather threat, I always feel better when the Warrior is close by and more under my control.

I still had Carol's Subaru and the eventual trip home to New York was on my mind. Kristy and The Bear declared that they did not want to experience The Tail of the Dragon a second time and the alternate driving routes back to Knoxville were circuitously inconvenient at best.

Neither Pam nor Nate had flown with me since August 2006 and December 2007, respectively. Both were interested in flying again and neither was troubled by tales of the Dragon. For all of these reasons, retrieving the Warrior as soon as possible made a lot of sense. From late Tuesday (July 23) through the end of the week, the weather forecast was absolutely pristine.

So the plan came together: the three of us would negotiate the Tail of the Dragon early Wednesday morning on our own terms (i.e., before the traffic hit) and bring Warrior 481 south to Andrews, NC where it would be readily available for the flight home. 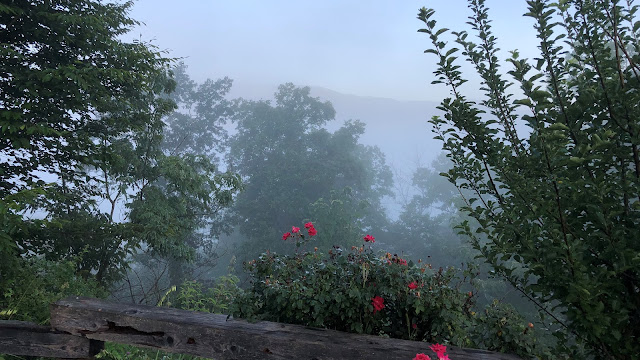 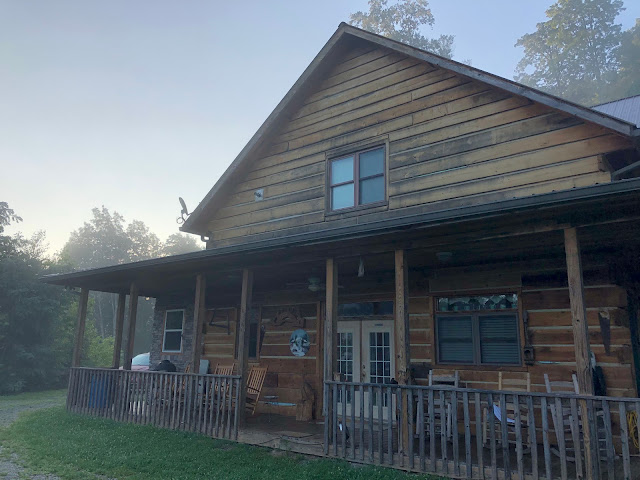 The mountains were still socked-in with fog when we departed for Knoxville. At 8:00 in the morning, there was virtually no traffic on US129. With a little mental preparation and without any tailgaters, I completely enjoyed driving the Tail of Dragon the second time.

We reunited with my Dad and Carol at Downtown Island Airport and swapped a Subaru for a Piper. Warrior 481 fared reasonably well in the multiple storms that passed over Knoxville in the preceding days, but the carpet on the passenger side rear floorboard was damp. That has happened before, but only when the airplane has been subjected to an extreme deluge. The best way to dry it out is to fly it. So we did. 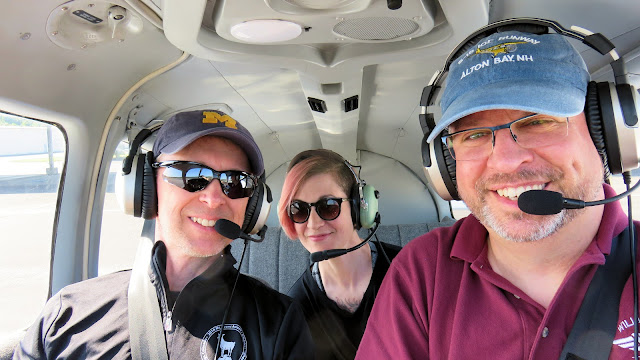 Have you heard the one about the surveyor, the professor, and the scientist who walked into a bar? Neither have I, but given what I know about this crew, it's probably hilarious.


After the obligatory cockpit selfies, we taxied to runway 8 for departure where Warrior 481 did something unexpected: she failed a mag check. I checked twice and the engine definitely ran rough on the right mag only. The JPI analyzer indicated that the problem was localized to cylinder #2, so it was probably a fouled plug. Without doing anything particularly aggressive to clear the problem, the roughness disappeared and Warrior 481 ran smoothly again. It was the first fouled plug I've had on the Warrior since 2004 and also probably the most trivially-fouled plug I've ever experienced (going back to the days of flying Cessna 150s behind fouling-prone Continental O-200 engines during the 80 octane to 100LL changeover). 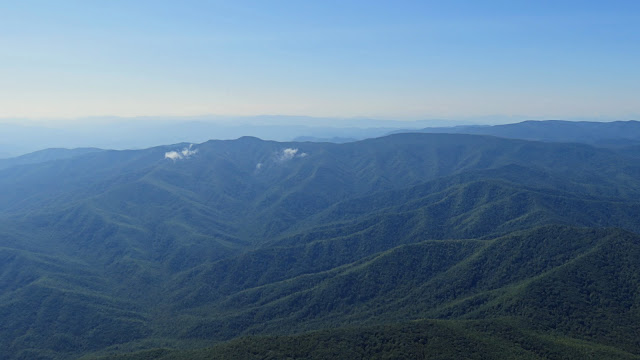 We launched from Downtown Island and contacted Knoxville Approach for flight following. Approach vectored us a little closer to the Smoky Mountains than I preferred in order to keep us clear of their departure corridor. On the bright side, we had a wonderful view of them. 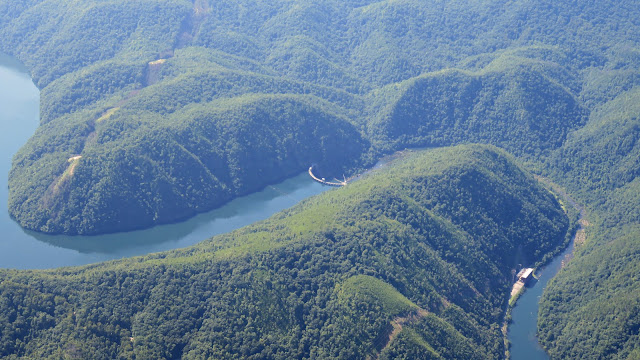 As we flew along the northwestern rim of the Smoky Mountains, we passed over the Calderwood Dam near the Tennessee end of the Tail of the Dragon. 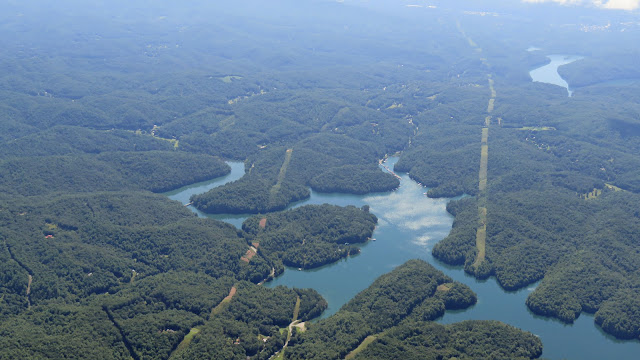 I flew my original plan from July 20: direct to MARBL intersection, then following the Hiwassee Reservoir southeast toward Murphy, then finally tracking inbound over the highway (US19) to Western Carolina Regional.

The wind picked up during our flight and we experienced some buffeting and downdrafts while flying in the valley.


Nate expressed his pleasure with the quality of the landing (airport #194). I admit it; I enjoy receiving these compliments. 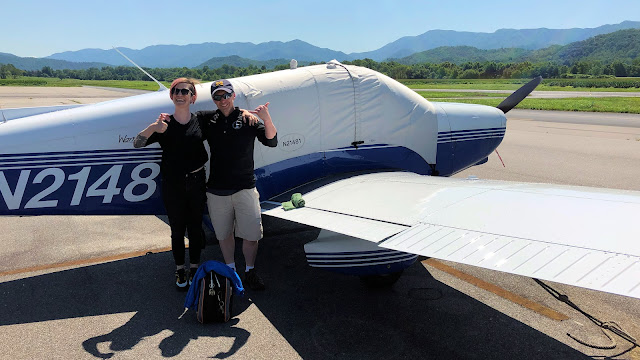 A good time was had by all and the flying Family Truckster was now close at hand for when it was time to depart. There would be no tilting at Dragons for Kristy or The Bear on the return home. 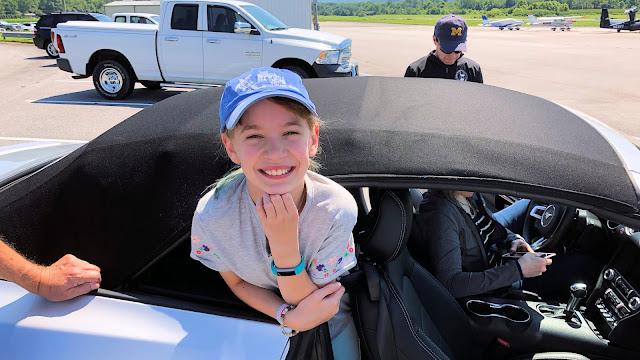 When we landed at Western Carolina Regional, there was already a welcome wagon (Mustang convertible) waiting for us. The Bear ran over to fulfill her usual ground crew responsibilities. Those of us who did not fit in the Mustang climbed aboard a Dodge Caravan and we resumed our family vacation, already in progress.
Logged by Chris on Wednesday, July 24, 2019