HAL Is My Copilot

Under HAL's control, Warrior 481 flew that ILS like she was riding on a rail. It was nothing short of amazing. Usually I am under the hood while practicing approaches, so watching the big runway grow in my windscreen as I sat in my airplane with my hands on my knees was a very novel experience.
Two hundred feet above the runway, I pushed the TOGA button, added full power, and eased the flaps out. As HAL put the Warrior into a climb, I was switched to Rochester Departure.
Meet Up 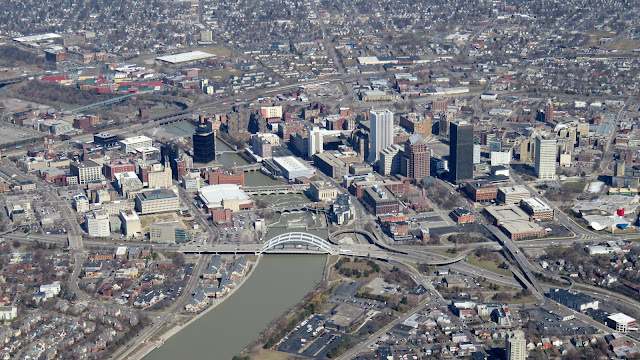 "Cherokee Four Eight One, Rochester Departure, fly heading zero seven zero, vectors to Sodus." Back in HDG mode, I set the new course while HAL obligingly turned my ship toward home. I had just popped the side window open to capture a photo of the Rochester skyline when Departure called again.
"Cherokee Four Eight One... Chris, is that you?"
Why is it that these kinds of calls immediately make me think that I've just done something wrong?
Tentatively: "Affirm, Cherokee Four Eight One."
"Hey, it's Erik!" A couple of years ago, I organized a tour of Rochester's Air Traffic Control facility for the Williamson Flying Club. Erik was my primary contact and, in 2020, I vouched for Erik to join the Club.
"Thanks for helping me test my new autopilot," I responded.
"How's it working?"
"Awesome," I said. Nonstandard radio phraseology, perhaps, but it made the point.
Recovering the Satellites
Once back in the vicinity of Sodus, I set up to fly the RNAV (GPS) 28 approach to wrap up the day and test approach mode using a GPS-generated glide path. Once again, HAL flew the approach procedure with aplomb.
A few hundred feet above the ground while on the approach, I hit the "nope" button to disengage HAL and hand flew my airplane to a passable landing at the Williamson Sodus Airport. It was my first time back on the controls since departure and I actually felt a little guilty logging the entire time aloft as piloting time. After all, there is no category for "systems management" time in the logbook.
Assessment 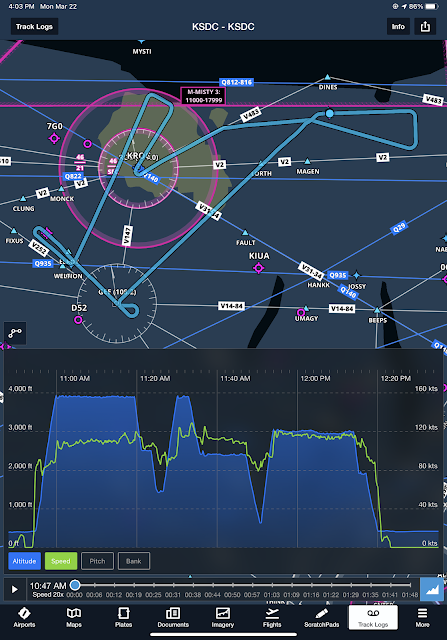 As shown by ground track data from ForeFlight, HAL flies more precisely than I do. Kristy says that she can see the difference in FlightAware. In my time aloft, I tested HAL's takeoff and go around mode, performed indicated airspeed climbs and vertical speed descents to preselected altitudes, flew a procedure turn (HILPT), and executed three approaches using different navigation sources (VOR, localizer / glideslope, and GPS). The ILS and GPS approach procedures were an excellent opportunity to test HAL's approach mode that simultaneously tracks lateral and vertical guidance. It all worked perfectly.
While I expect that I will continue to learn nuances of the system, it is so intuitive that my comfort level with it is already very high. This is impressive considering that I had never touched an autopilot before HAL was installed.
Spa Day
Still grinning ear to ear from the success of my test flight, I reheated some leftover chicken with garlic sauce in the airport microwave and ate while lounging in the warm sun irradiating my south-facing hangar door. I realized that it was my first time using chopsticks at the airport. So many firsts that day. 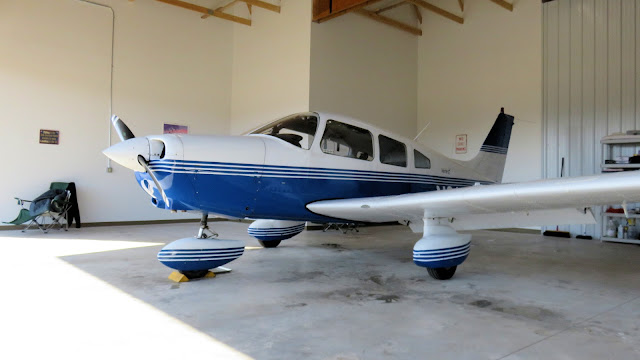 I pampered my airplane with a well-deserved bath. I had moved her annual inspection with Ray back to February and she went directly from that to the avionics installation with Jake in Batavia. As a result, there were lots of greasy handprints on the airframe from the two shops. On top of that, the first good bath after a long winter is always truly satisfying.
For amusement and situational awareness, I tuned my handheld radio to listen on the Unicom frequency as I cleaned. Entertainment came courtesy of an apparently non-local aviator who entered the traffic pattern at nearby Canandaigua while repeatedly broadcasting his intentions to "Canon-dee-dee-wah". I stopped my scrubbing to giggle each time he said it. For the record, Canandaigua is pronounced exactly the way it's spelled despite a spectacular concatenation of vowels; it is certainly no Skaneateles ("skinny atlas"). 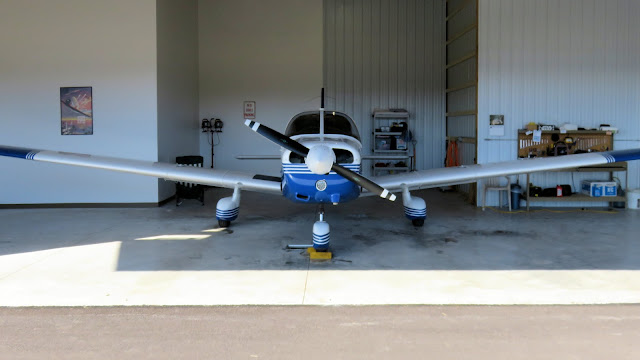 "PhDs aren't supposed to do that," a quiet voice from an unseen speaker teased. I was on a creeper scrubbing oil and exhaust stains off the Warrior's belly and had not heard Denny approach. I turned to find him grinning at me kindly from his bicycle. "You're supposed to hire someone to do that."
I shrugged. "It's therapeutic." I had a nice catch up chat with Denny and earned a big smile from him when I restored his range rings display in ForeFlight. Sometimes, it's the little things.
Reward 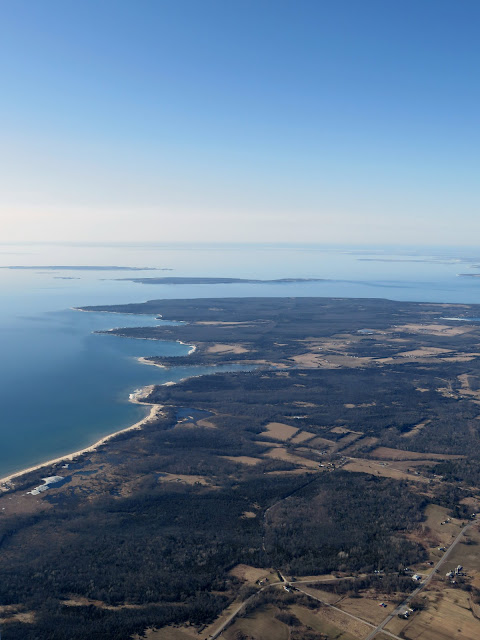 With the airplane thoroughly cleaned, I decided to reward us both with a little excursion to the northeast along the Lake Ontario shoreline. HAL remained dormant for this flight and the resulting ground tracks proved Kristy right. Though I fly reasonably precisely, the difference between my flying and HAL’s is definitely apparent in FlightAware.

When the flying was done, I closed the hangar door on my clean, capable aircraft and departed the airport after one of my most satisfying vacation days in a long time. It is hard to believe that a year ago, the Warrior was stricken in Dansville and the path back home was unclear. The intervening year has been quite a journey.
Logged by Chris on Monday, March 22, 2021