A Flight for Pancakes
(with apologies to Clement Clarke Moore)

'Twas three days before Christmas, when up in the air
Not a child was flying, not even The Bear.
The route to St Marys was planned in ForeFlight with care,
In hopes that the restaurant still would be there.
The winterization plates were fastened on tight,
To warm up the oil and make it just right.
And I in my Warrior and Tom in the Hawk,
Contacted Rochester and learned what to squawk.
When past my right wing zipped an object most curious,
Rochester called it as traffic, but it was just Brad in his Cirrus.
Chased by an Archer with Ed as its master,
I began to wish that my Warrior was faster.
The sun through the haze over new-fallen snow,
Made an atmospheric vista of the world down below.
It was a glorious sunrise for any pilot who wakes,
Early in the morning to fly for "pancakes".


From the cockpits of the four Williamson Flying Club aircraft bound for St Marys, we saw an early morning winter sun accentuate haze pooled around higher terrain. Viewed from above, the low angle light spread an illusion of warmth through the mist floating above a frigid landscape. 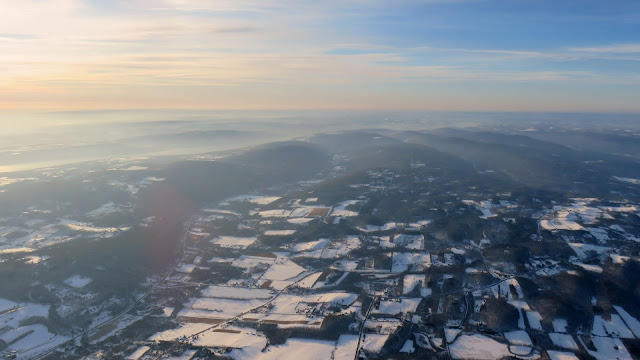 Winter relented for the weekend, permitting an opportunity to depart the local area. This is the sort of early Christmas present that should never be ignored. 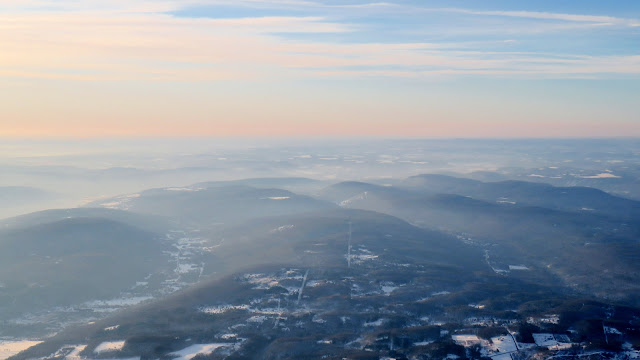 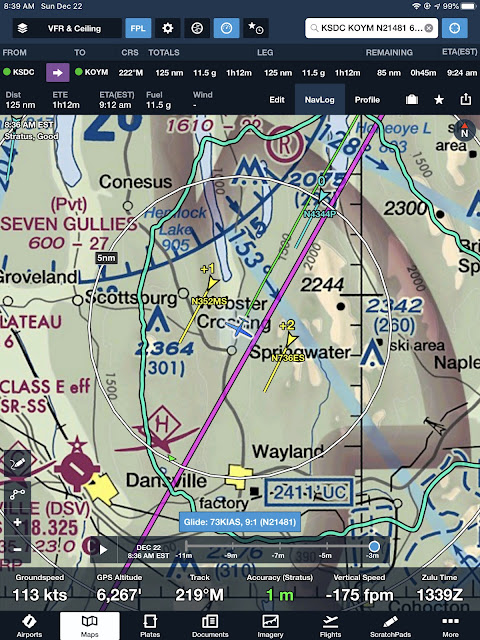 Rochester Approach called traffic passing me on both sides; Tom in the club's Hawk to the east and Brad in his Cirrus to the West. "Both in sight," I responded while thinking, I need a faster airplane. It was Tom's revenge for the night I passed him as he flew one of the club's Cherokee 140s while returning from St Marys. 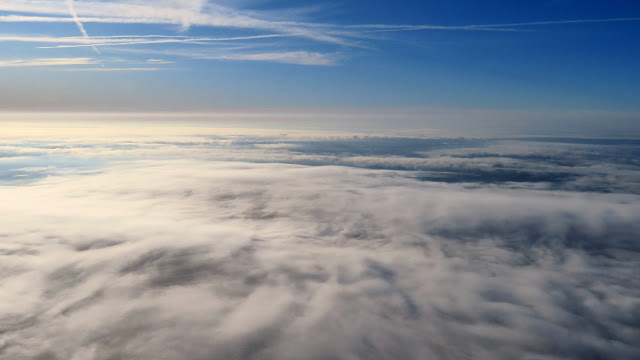 Though the answer was yes, I was mostly absorbed by the incredible view below. Breakfast was a necessity, but flying above such scenery was sustenance. 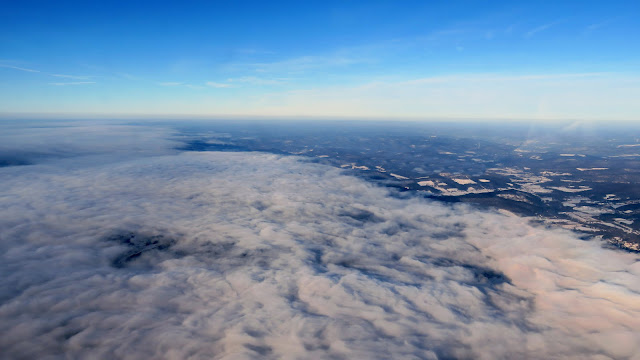 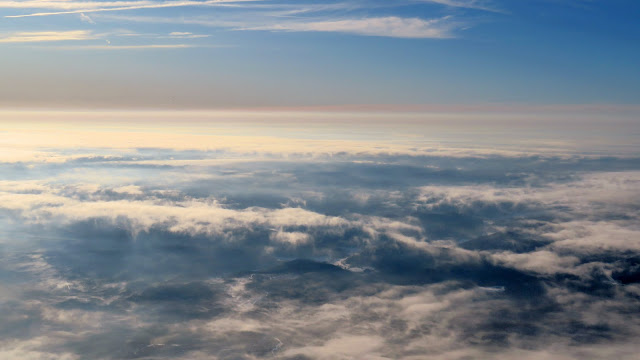 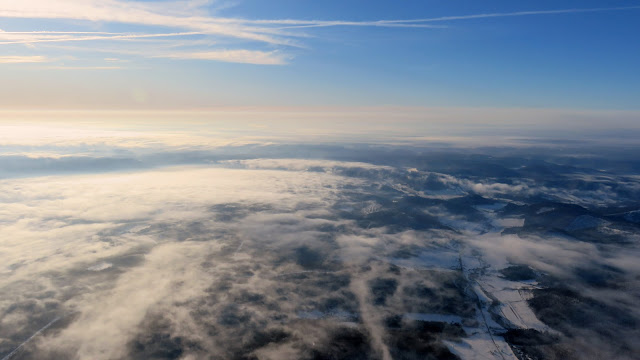 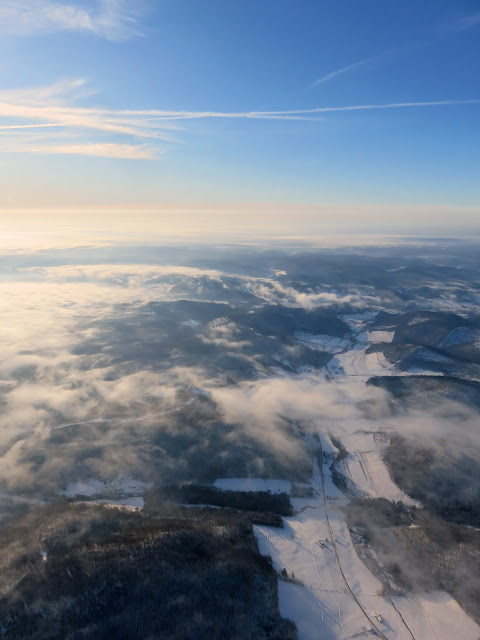 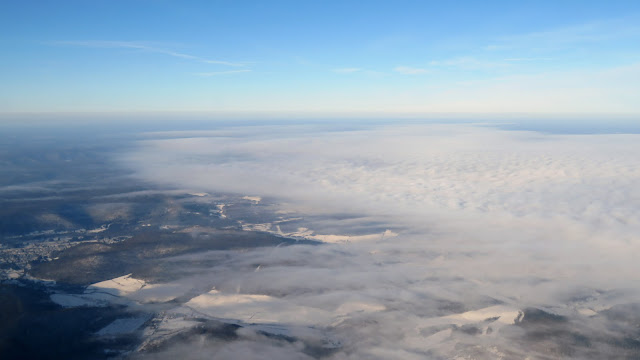 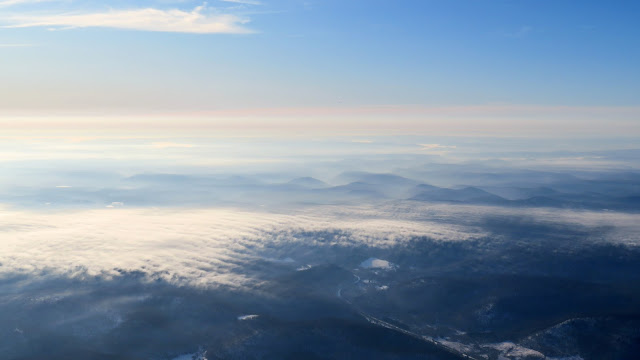 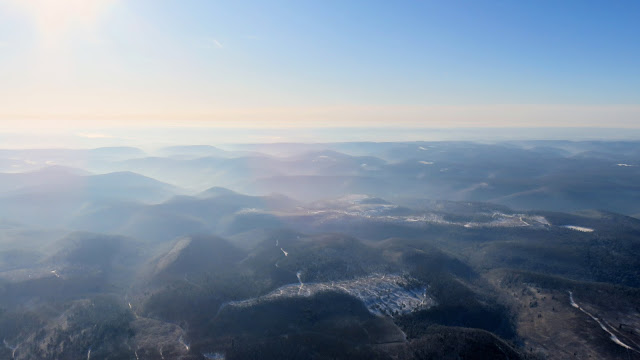 For aviators, pancakes and hamburgers are so commonly consumed at flying destinations that they have come to represent any meal at breakfast or lunch/dinner, respectively (much in the way that many southerners refer to any carbonated beverage as "Coke"). The spread enjoyed by our group at The West Wind that morning included biscuits and gravy, stuffed French toast, and a smattering of frittatas. Not a bad sampling of "pancakes" at all.


After breakfast, we caught the mandatory group photo before firing up the four aircraft for a return flight to Sodus. 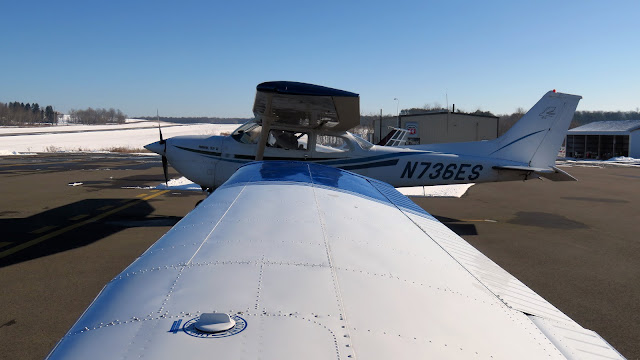 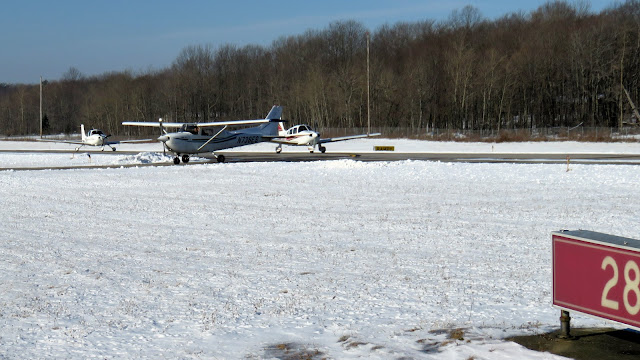 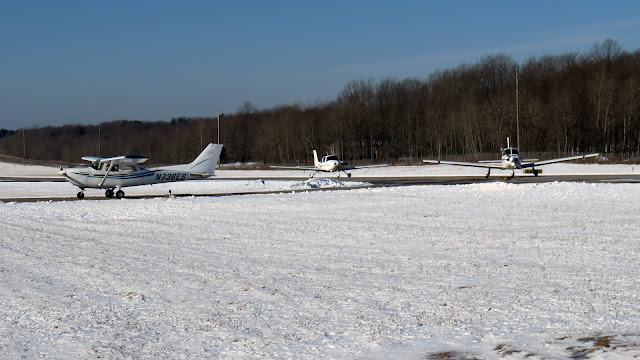 I was grateful for such a nice day to fly in late December, the gusty wind awaiting us in Sodus notwithstanding. As I put Warrior 481 to bed, I wondered when the weather would permit the next excursion out of the area. One just never knows.
Logged by Chris on Sunday, December 22, 2019