While in Tennessee recently, we visited the Tennessee Museum of Aviation.  We were last in the museum nearly ten years ago and the aircraft collection was small at the time.  I walked away from it thinking that it might be a nice museum someday.  Evidently, I was right!

The facility is owned by Neal Melton and many of the aircraft on display there are part of his collection.  The front part of the museum contains a number of nice displays, including the Tennessee Aviation Hall of Fame. Enshrinees include revered instructor/author William Kershner, manufacturing pioneer Walter Beech, famed air racer Mary Dilda, legendary aviator Bob Hoover, and many others.  Well played, Tennessee, well played!

Of course, what I really like to see is the hardware.  This time around, the hangar was packed with eye candy. 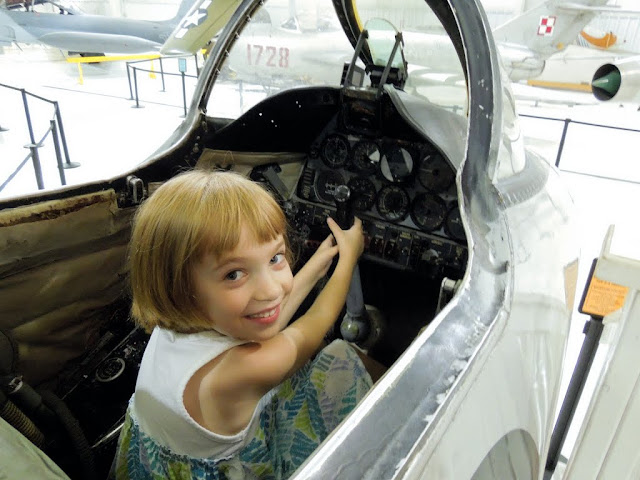 Our excellent docent, Ron, set up The Bear in the museum's A4 Skyhawk cockpit. 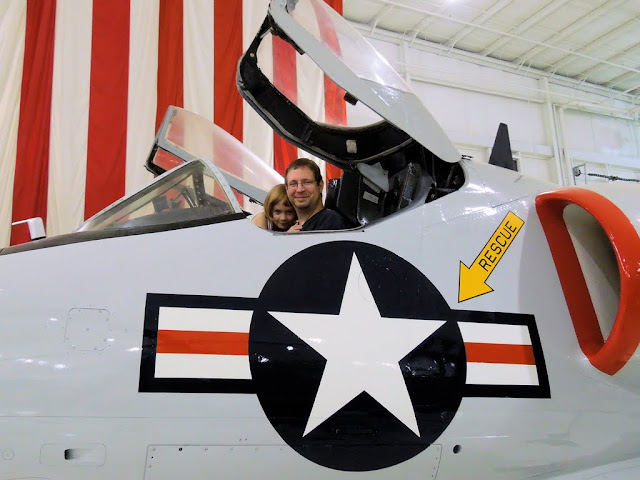 The cockpit was a little tight for me - I could have never flown one of these. 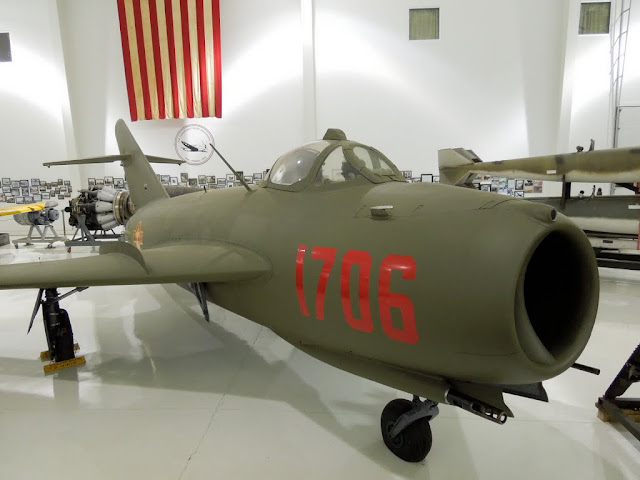 The museum had several Soviet MiG jet fighters including... 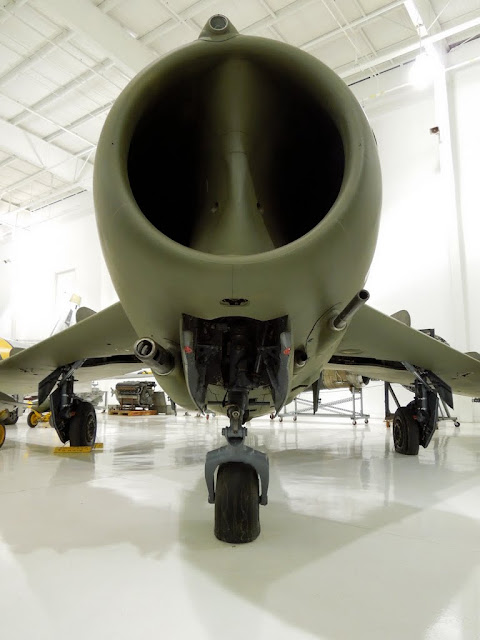 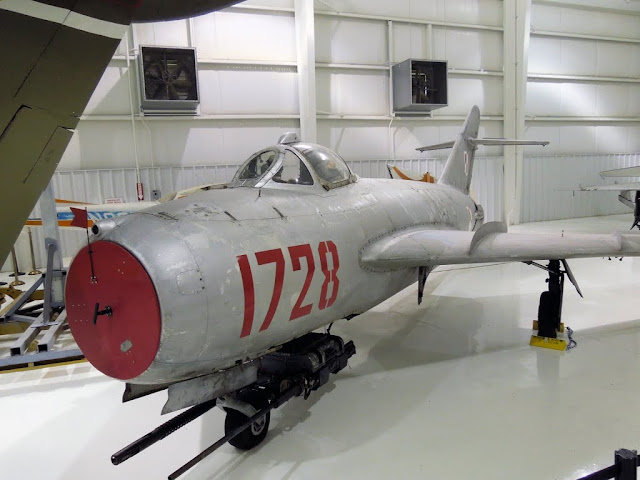 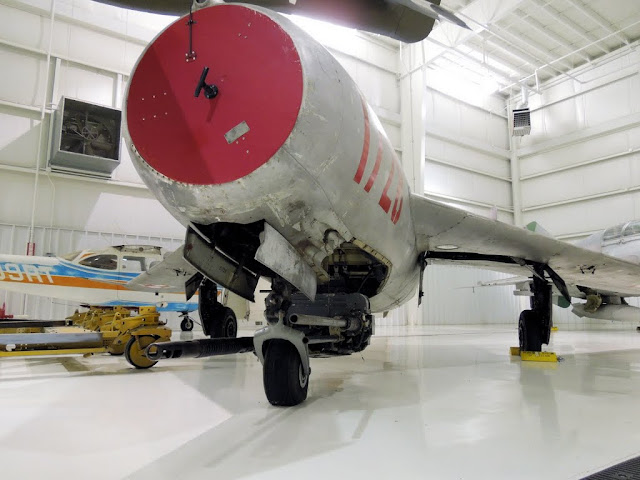 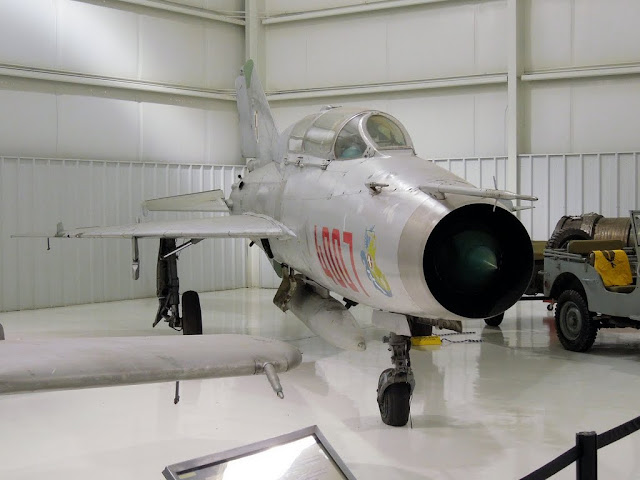 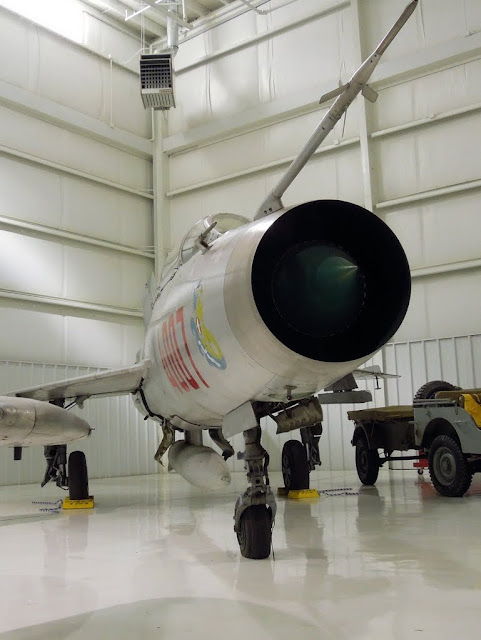 ... and my personal favorite, the MiG 21.  Why is this one my favorite?  I just think it looks cool. 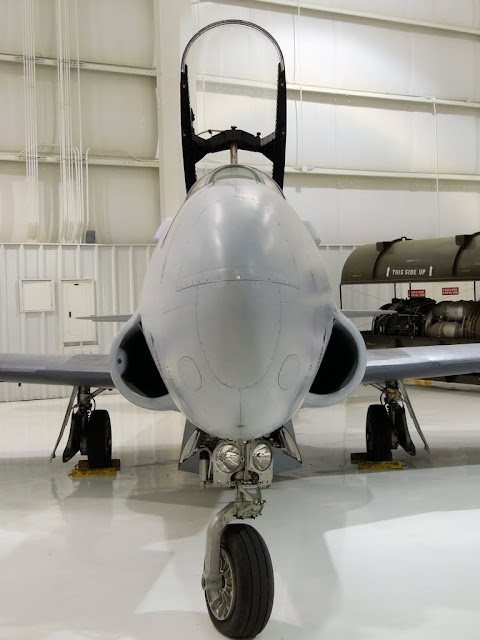 ... and a T-33 once owned by everyone's favorite turtle-headed Klingon, Michael Dorn. 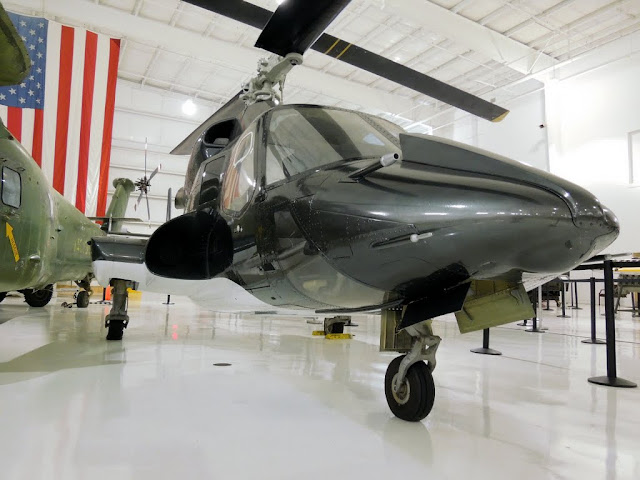 The museum also possessed a Bell-222 helicopter outfitted as Airwolf.  Sadly, the original Airwolf (also a Bell 222) was sold to a German company and crashed in 1992.  This replica is not airworthy. 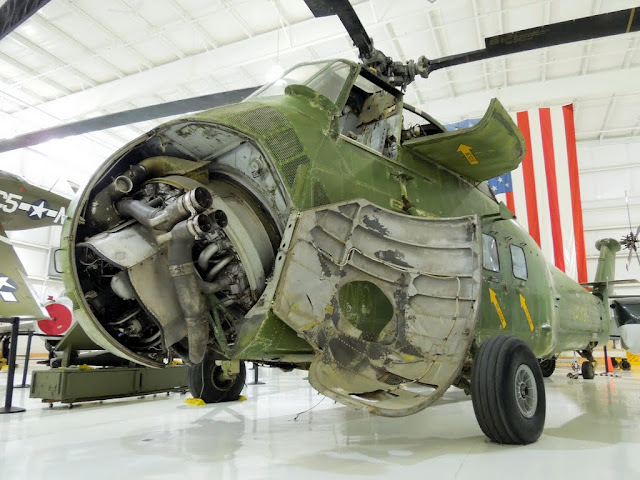 I love these old Sikorsky helicopters.  This one is a Vietnam veteran and still has bullet holes in the fuselage to prove it. 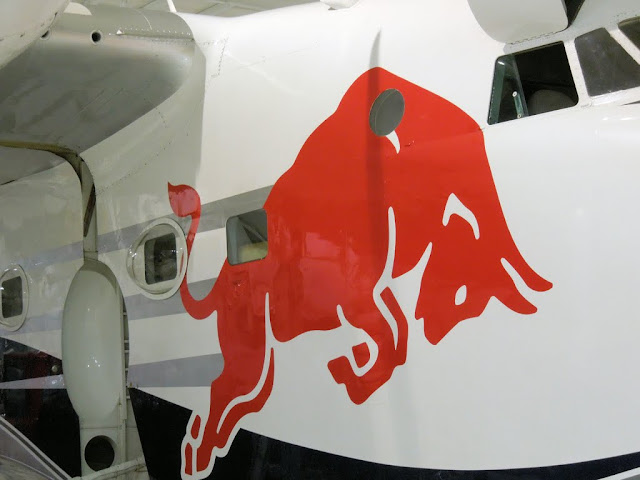 I am no fan of energy drinks, but I am a fan of Red Bull's aircraft fleet.  The paint job on this Albatross was striking. 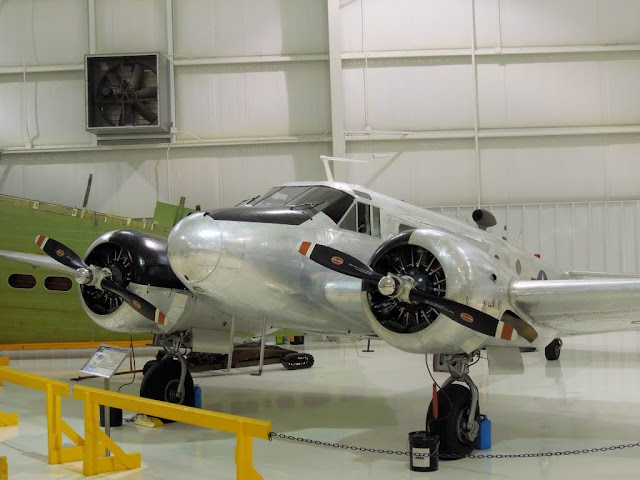 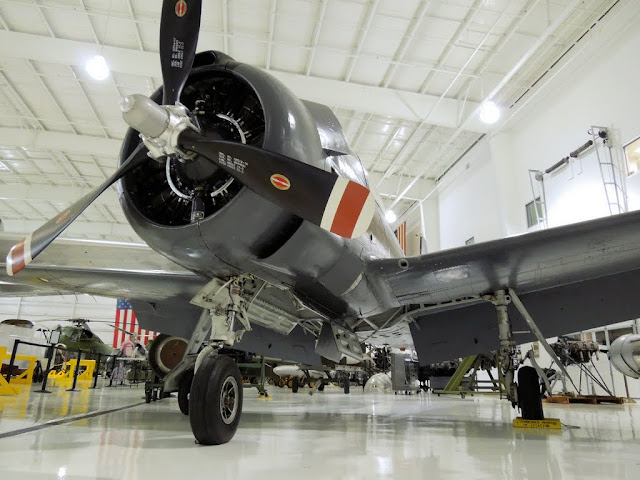 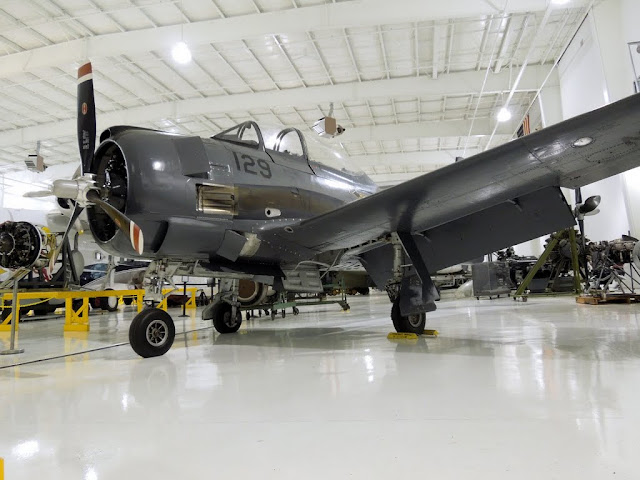 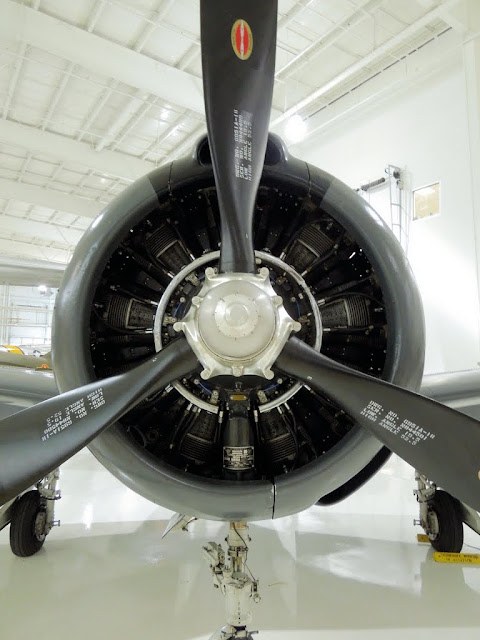 Ever since flying in a T-28 Trojan back in Kalamazoo, I have had a keen appreciation for the aircraft. 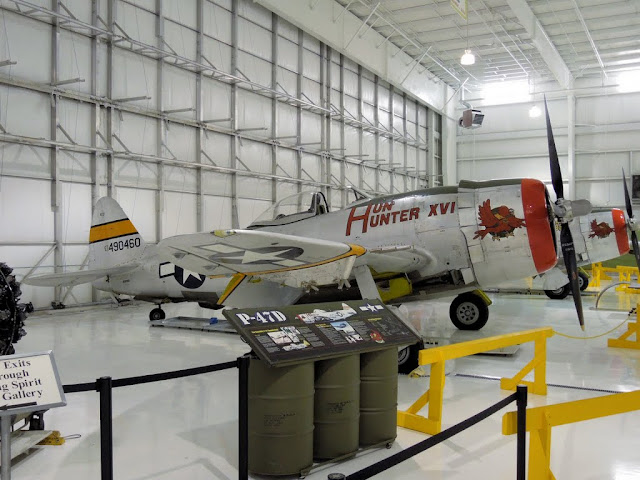 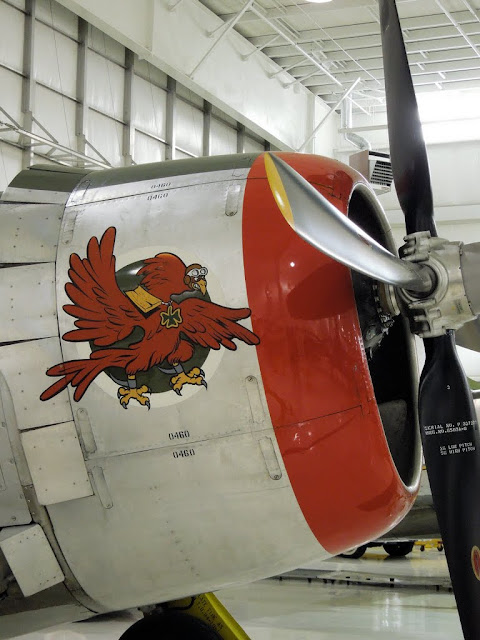 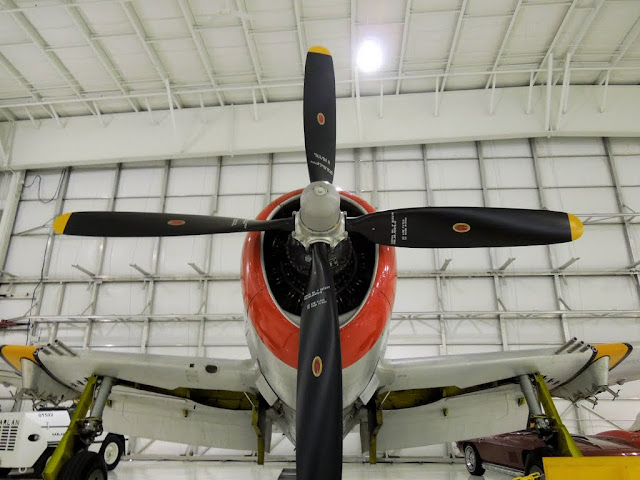 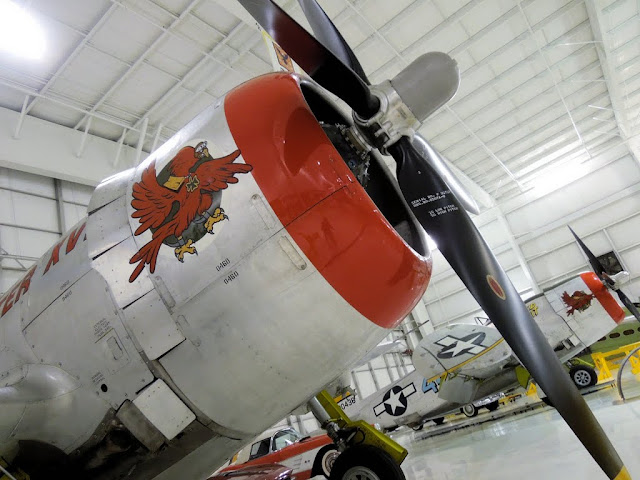 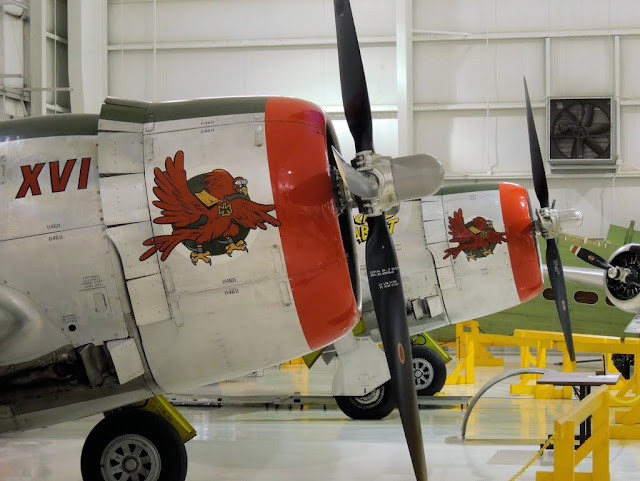 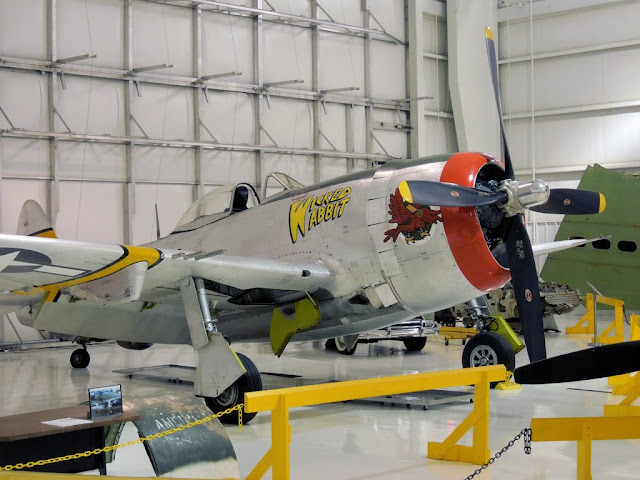 Hun Hunter is paired with another P-47, Wicked Wabbitt. 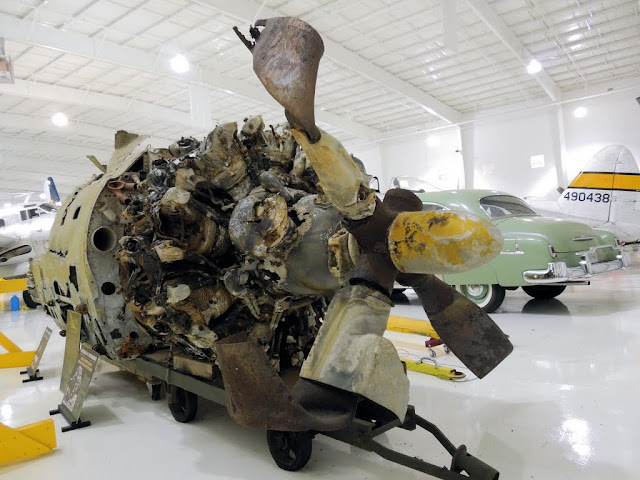 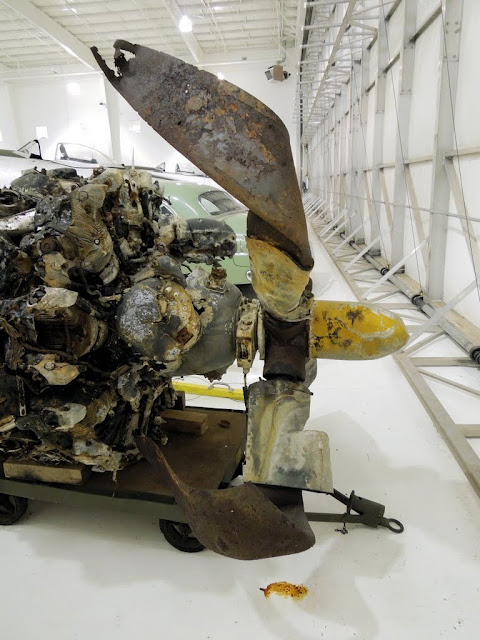 And finally, here's what the powerplants in those P-47s would look like after a long time in sea water.

Overall, we spent about two hours at this museum.  The people were friendly, the exhibits well done, and the aircraft in terrific condition.
Logged by Chris on Thursday, August 01, 2013

Email ThisBlogThis!Share to TwitterShare to FacebookShare to Pinterest
Labels: Museum, No flying, The Bear