We returned to Kalamazoo, MI over Memorial Day weekend to visit friends.  We made several stops along the way to see other friends and family. 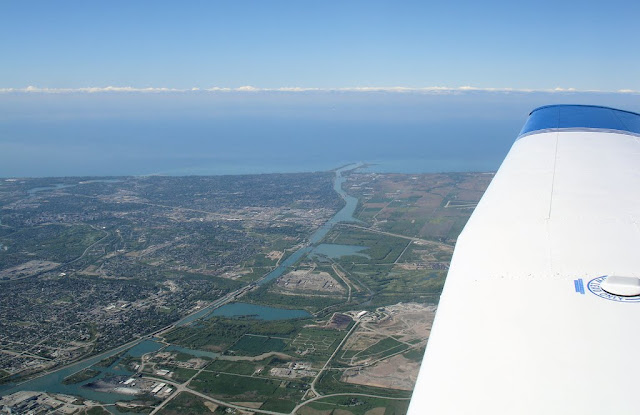 What was once novel has become routine  - our route took us directly across Ontario, Canada.  Pictured above is the Welland Canal that connects Lake Ontario (top of frame) with Lake Erie and, ultimately, the westernmost great lakes with the rest of the world.

Our first stop, after flying over Canada, was Pontiac, MI.  We stopped there so that The Bear could meet her great grandparents and great uncle.  Pictured above is our turn onto final approach for runway 9R at Pontiac as observed by Kristy from the back seat of Warrior 481. 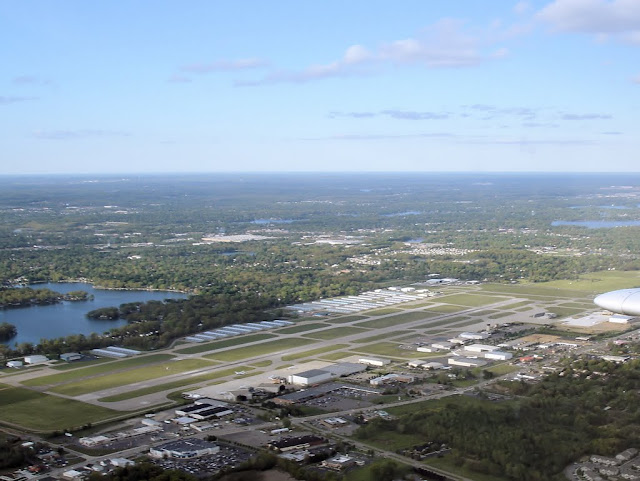 Before launching from Pontiac, we were idling on taxiway Charlie, third in line for departure behind a citation jet and a corporate 737.  Out of the corner of my eye, I caught a hint of movement and looked beyond the right wing to see its cause.  A corpulent brown rodent was charging headlong directly at us.  Beneath the groundhog's fur, I could see its shoulders working furiously as it raced across the grassy area between taxiway Charlie and runway 9R.  Soon, it disappeared from  sight underneath Warrior 481.  I desperately hoped that it would avoid the whirling meat grinder on the front of my airplane because a groundhog/prop strike would ruin the day for all parties involved.  Moments later, it reappeared on the left side of the airplane with the cause of its distress readily apparent: a bird was attacking it, fluttering along behind the fleeing groundhog and pecking at its head.  The besieged critter continued across the ramp haltingly, seeking safety from its feathered antagonist.  Truly, it was a strange bit of drama to play out at an airport, beneath the notice of the kerosene-guzzling behemoths coming and going on runway 9R. 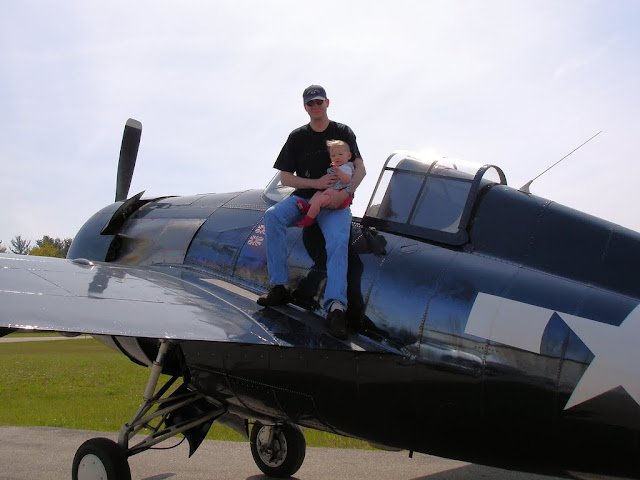 After spending two nights in Kalamazoo, the return trip was more circuitous: 20 minutes the wrong way to South Haven.  While there, we discovered that South Haven had become a veritable flying museum.  Our first hint came when Mike G's Grumman Wildcat strafed the field while I was taking advantage of $4.30/gal avgas.  Mike even let The Bear and I climb up on the Wildcat's wing to get our pictures taken.  Other new additions to the airport included a Stearman and a T-28 Trojan that launched from runway 22 just before we did.

Partway back across Michigan, we stopped for the first time at Flint's Bishop International Airport to visit with friends and family.   Our experience at Flint was extraordinary.  We parked at AvFlight, where the FBO staff were very friendly and tolerated us taking over their lobby for a couple of hours.  Air traffic control at Flint has always been top-notch, but I was particularly impressed this time.  When we departed, I was unable to raise Flight Service.  The Flint RCO was out of service and no other frequency seemed to work.  When I reported this back to the Flint departure controller, he contacted Flight Service by land line to open our flight plan for the trip back across Canada. 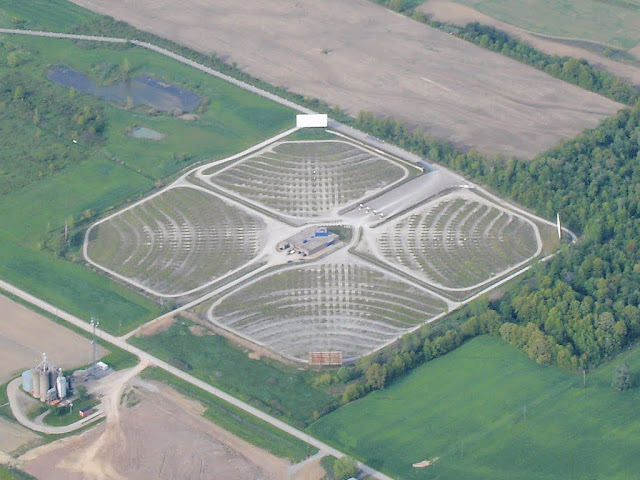 Here's something really unusual, photographed over Ontario while returning to New York: a drive-in movie theater.  I do not see many of these any more.  But what's particularly striking is that this one has not one, not two, but four screens all grouped together.  I hope the Canadians don't mind American aircraft flying overhead and photographing their top secret entertainment installations! 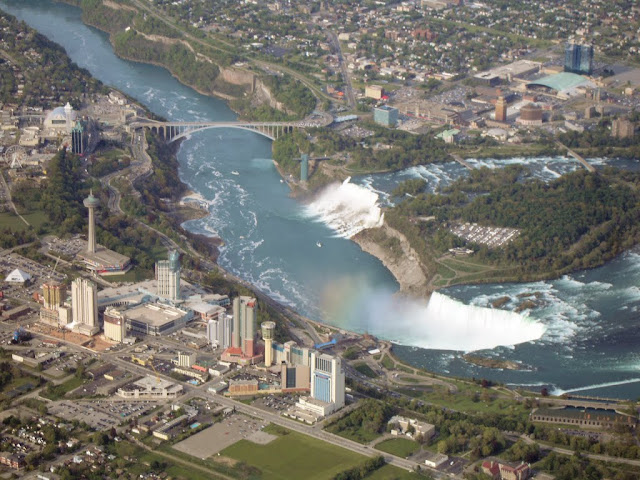 We encountered the most spectacular sight of the trip on the way home to New York.  From 5500', a rainbow could be seen shimmering within the veil of mist from the Canadian horseshoe falls. 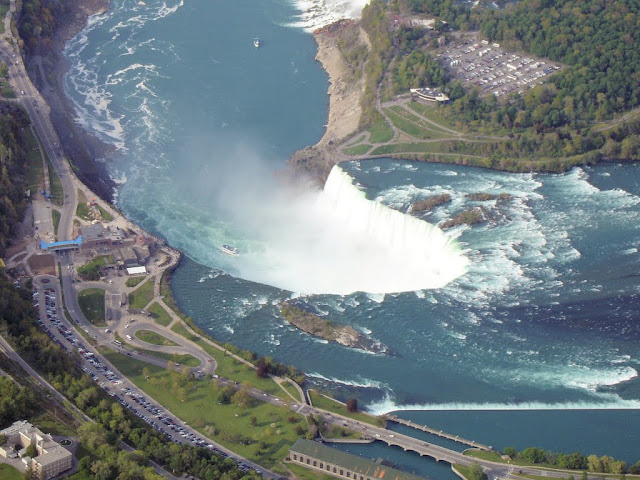 As we crossed over the top of Niagara Falls, we observed the "Maid of the Mist" carrying her passengers on what will undoubtedly be the wettest boat ride any of them will ever experience.
Logged by Chris on Friday, May 23, 2008